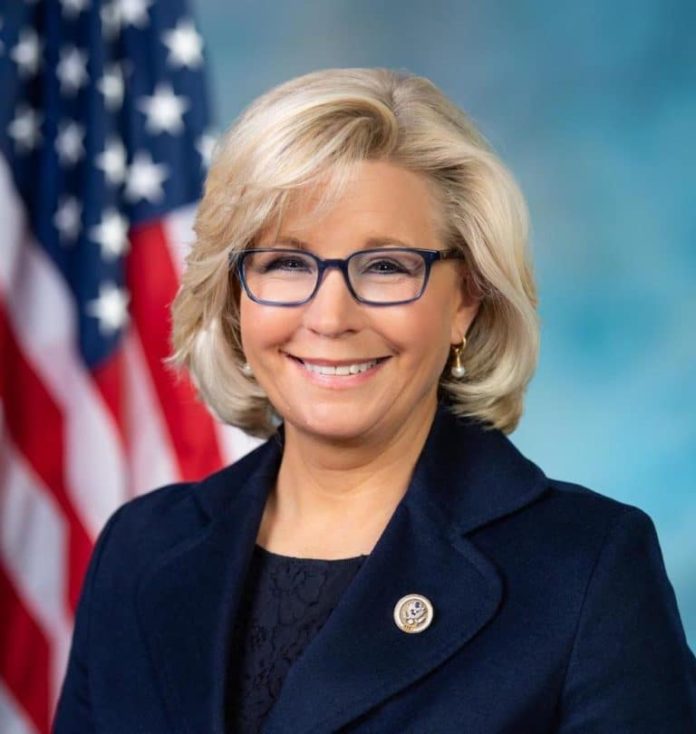 U.S. Rep. Liz Cheney (R-Wyoming) had just two words for Trump-endorsed candidate Harriet Hageman and her team as the former Cheney ally announced a bid to unseat her: “Bring it.”

Less than a week into Hageman’s candidacy, it appeared her campaign — and the greater Trump orbit — is bringing everything it’s got.

On Friday, Politico reported numerous members of Trump’s camp had signed on to work on Hageman’s campaign while Trump’s son, Donald Trump Jr., was named an honorary chair to her newly formed Wyoming Values PAC.

“You may have been reading about Team Hageman,” the Hageman campaign said Friday. “For the record, we are bringing it.”

Cheney appeared unfazed about Hageman in a Friday telephone conference with Wyoming reporters, calling her former adviser’s bid nothing more than an opportunistic stab at capitalizing on Trump’s allegations the election was stolen.

“She seems to be stepping into the shoes of people like Rudy Giuliani and Sidney Powell, two attorneys who have recently been sanctioned by the courts for lying about the election,” Cheney said of Hageman, an attorney who works for the influential New Civil Liberties Alliance in Washington D.C. “It’s really tragic to see that kind of opportunism. It’s completely inconsistent with Wyoming values.”

With Trump’s interest in the race, observers speculate the 2022 Republican primary could easily shatter spending records for a U.S. House race in Wyoming. Typically small-dollar affairs, Republican candidates rarely raise — much less spend — more than $1 million in their bids to represent Wyoming. Cheney is currently the only candidate in a U.S. House race to spend more than $1 million in an individual cycle since 2006, when incumbent Rep. Barbara Cubin spent more than $1.2 million in a tight contest with Democrat Gary Trauner. The Cheney campaign has already spent nearly $750,000 this cycle and, entering the third quarter of 2021, boasts just over $2.8 million in reserves, according to campaign finance reports.

There is no guarantee the biggest spender will ultimately succeed, political consultant Rob Jennings said Thursday. As a 2010 gubernatorial candidate, Republican Colin Simpson actually saw his poll numbers decline as he spent more money, Jennings said, though he was handily outspent by Gov. Matt Mead. Other gubernatorial candidates, like 2018 primary candidate Sam Galeotos, experienced a similar backslide as his spending increased.

“The more his face showed up in people’s mailboxes and on text messages, the more his numbers went backwards, and he lost,” Jennings said. “You can have $100 million to spend in Wyoming and it’s not going to work, because you’re overbuying. You only need 30,000 to 35,000 voters, and that doesn’t have to cost $2 million.”

Cheney said she believes the high-profile outside attention brings her an advantage due to Wyoming’s traditional distrust of interlopers in the state’s affairs.

“I think that what we are seeing is sort of this arrogance of outside political operatives thinking that they can come into Wyoming and try to fool Wyoming voters, and try to ultimately convince Wyoming voters to do what the folks in Bedminster or Mar-a-Lago think makes sense for us,” Cheney said. “And in election after election after election, going back decades, that kind of approach has never worked here. It never will work here.”

What history has shown, however, is that vote-splitting caused by crowded primary tickets can have an enormous impact, and often benefits the incumbent.

As such, members of the GOP have sought to consolidate the field against Cheney, urging candidates to honor their oaths to withdraw from the race should Trump endorse another candidate and, in some cases, encouraging them to drop out. Candidate Marissa Selvig told WyoFile Thursday that Wyoming Republican Chairman Frank Eathorne encouraged her to drop out of the race through her husband at a candidate forum earlier in the summer. (Eathorne later denied pressuring Selvig in an interview with the Washington Examiner.)

“So many people in our state party in the leadership in the state party have decided that they are going to put loyalty and allegiance to one man, who happens to be a president who provoked an attack on the Capitol and did not send help while the attack was underway,” Cheney said. “They’ve proved loyalty to that person, and I include Harriet Hageman and a number of my other opponents in that category, above their duty to the Constitution. And that is a very dangerous and indefensible position to have taken.”