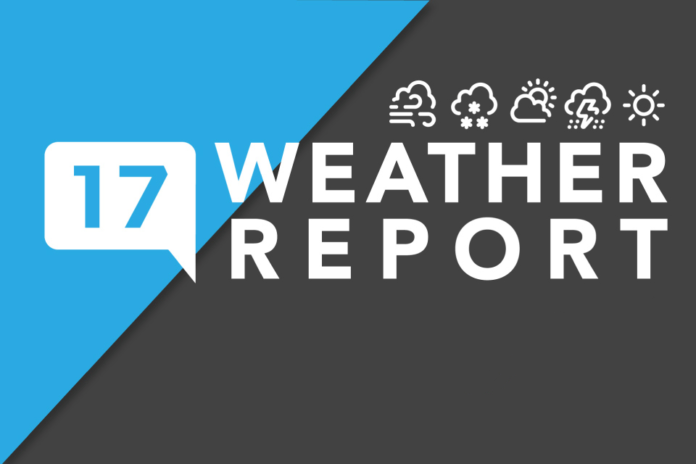 It’s currently 59 degrees and mostly cloudy at the Northeast Wyoming Regional Airport this morning, according to the National Weather Service in Rapid City, South Dakota.

Expect mostly cloudy skies today gradually becoming sunny with a high near 74. West winds 10 to 14 mph becoming north in the afternoon with gusts as high as 20 mph.

There is a 30 percent chance of showers and thunderstorms tonight, mainly between 1 a.m. and 5 a.m., per NWS. Skies should be mostly cloudy with a low around 47 and north winds 6 to 14 mph becoming east after midnight.

The slight chance of thunderstorms should hang around until Tuesday, after which conditions should become sunny with highs in the mid-70’s to low 80’s.

Have a fantastic day!