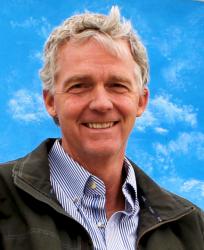 When Steve Jobs retook the helm at Apple, the company had just lost $700 million. To save his company, Jobs cut the number of computer products from 23 to just one laptop for work and one for personal use, explaining to his team that if they couldn’t make one good computer, they certainly couldn’t make 23. At the 1997 Apple Worldwide Developer Conference, Jobs then told his audience, “You’ve got to say ‘no, no, no’ and when you say ‘no,’ you piss off people … ”

That manic intensity to succeed big at only a few things may have been Apple’s most powerful weapon in its turnaround — and make no mistake, Wyoming needs a turnaround.

For nearly a decade we have tried to dig out of our economic hole by shaping an energy policy burdened by the need to not piss people off. This way of thinking has led to Wyoming Energy Authority’s current all-of-the-above strategy, which involves preserving coal and natural gas while simultaneously pursuing: solar, wind, blue hydrogen, coal gasification, nuclear, carbon capture, and geothermal. Such a strategy won’t “piss off people,” but it also won’t succeed.

In a competitive environment — in which other states want the same thing we do — there is no way to win with an all-the-above strategy. Other states have wind, sunshine, oil, gas, and uranium. We’re not the only state with a railroad network or a university. Meanwhile, behemoths like Texas, California, and Colorado have more economic resources than we do and greater political clout.

This is why if we try to go head-to-head with the rest of America, we’ll end up with a “none-of-the-above” result.

Fortunately, choosing is not as hard as it seems provided our leaders know what they are solving for.

Everyone involved in charting Wyoming’s energy strategy should have a post-it note on their computer with one word: JOBS. A concrete state economy is not built on cashing royalty checks. It’s shaped by creating employment not just for those currently in the workforce, but also those who will be graduating soon from our high schools and colleges.

We don’t need to create jobs to encourage people to move to Wyoming from states like Colorado or Utah. Instead, we need to generate work that will provide Wyomingites the chance to grow up in the same communities and neighborhoods as their parents. By asking this question: “Will it create good-paying jobs for Wyomingites,” the task of creating a focused energy strategy starts to get easy … provided our leaders have the courage to upset some people.

In the movie “Indiana Jones and the Last Crusade,” Jones finds himself in the cave where the Holy Grail is located. Dozens of golden and bejeweled chalices glint and glimmer in the candlelight. There’s no way to know which one is the Holy Grail. This is quite a problem because drinking from the true grail brings the person life, but the false grail will take it away. The Grail Knight famously delivers this line to Jones: “You must choose. But choose wisely.”

In future columns, I will make the case for, or against, each of the energy sectors currently in the state’s all-of-the-above strategy. Because just like Indiana Jones, we don’t have the option of not choosing. I understand that in an environment where donors and special interests gnaw at the better nature of our political leaders, making difficult tradeoffs has consequences.

But great leadership requires a willingness to risk a political career if in doing so it saves communities like Gillette and Kemmerer. Losing an election may be a small price to pay, if it means laying the foundation of a strong state economy for our children and grandchildren.