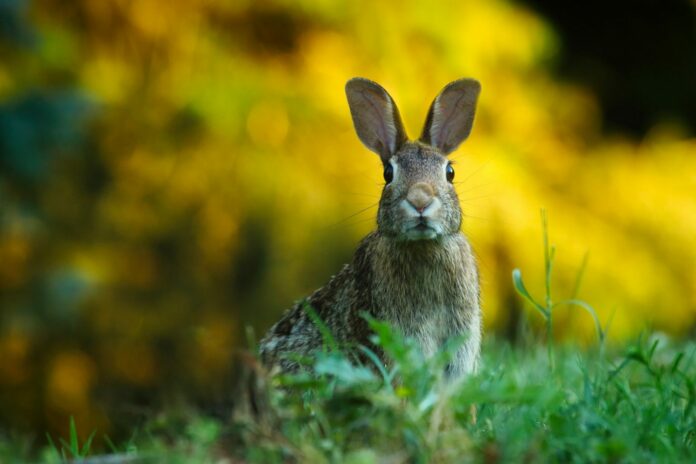 More than 80 wild and domestic rabbits across nine Wyoming counties have died as a result of a highly contagious and lethal rabbit hemorrhagic disease called RHDV2.

And while wildlife officials continue to track the disease, it is not considered an epidemic yet, according to Sara DiRienzo, a public information officer for the Wyoming Game and Fish Department.

Department officials tracked Wyoming’s rabbit population as the disease surfaced in 10 other western states last summer, but no sign of it was detected in Wyoming until December, when a wild eastern cottontail rabbit in Albany County was found to be infected.

As of July, 83 dead rabbits have been reported thus far, DiRienzo said.

Of the rabbit carcasses testing positive for the disease, nine were black-tailed jackrabbits and 74 were cottontails with the majority coming from Laramie County at 30, followed by 18 in Park and 16 in Albany counties, according to DiRienzo.

The highly contagious virus impacts all members of the Lagomorpha family, including hares, rabbits, pikas and pygmy rabbits, and can kill up to 80% to 100% of infected animals. It is spread through direct contact with infected rabbits, feces or carcasses, which can store the hearty virus for months in their tissues.

It’s not clear how RHDV2 arrived in North America and the West, after first being identified in France in 2010, and less than a decade later in Canada, and later North America.

As of July, according to WildlifeHealth.org, RHDV2 has been confirmed in wild rabbits in 11 states throughout the U.S. including Wyoming, New Mexico, Arizona, Texas, Colorado, Nevada, Utah, Idaho, Montana and Oregon in black-tailed jackrabbits, desert and mountain cottontails, antelope jackrabbit and eastern cottontails.

The disease does not impact humans or other livestock or animals. Humans, however, can play a part in transmitting the virus by carrying it on their clothing or shoes.

The virus is resistant to extreme temperatures and can to survive for extended periods.

Given the relatively small number of cases in Wyoming thus far, DiRienzo said it’s far from being considered an epidemic, although the Game and Fish Department is carefully monitoring and tracking the spread of the disease in order to mitigate impact on wild and domestic rabbit populations, which could have lasting ramifications on the food chain and lead to other disruptions in the natural world.

Of concern in Wyoming in particular, DiRienzo said, are the already vulnerable populations of pygmy rabbits, cotton tales, hares and pikas.

“As a food base, it could definitely have an impact on other creatures on top of what the rabbit species have to contend with in general like plague and other diseases,” she said.

Domestic rabbits are also vulnerable to the highly contagious viral disease, but thus far, there’s only been one known case reported in Wyoming, according to Dr. Hallie Hasel, assistant state veterinarian for field operations for the Wyoming Livestock Board.

To that end, Hasel suggested that owners of domestic rabbit pets fence them off from exposure to wild rabbits.

Worrisome for Hasel and others is the capability of the disease to spread so rapidly and seemingly without control.

Little is known about the virus and why it is so instantly lethal and contagious to rabbits in particular, she said.

Subtle signs that a rabbit might be infected include fever, respiratory distress, loss of appetite or other nervous system abnormalities like loss of coordination or convulsions.

Infected animals who have die of the disease will typically have blood-stained noses and mouths due to internal bleeding.

There’s no treatment for the RHDV2 nor is there a FDA-approved vaccine, though one is currently in the works, but a vaccine is available in Europe which several Wyoming clinics have on hand.

DiRienzo said that the public has been of tremendous help in locating and reporting dead rabbits to the Game and Fish Department and she encourages people to continue reporting any dead rabbit carcasses they find whether in their yards or while out on a hike.

Those reporting are advised not to touch the dead animal, but rather to report it to their local Game and Fish Department office.

Staffers will then pick up the rabbit and take it back to the lab for sampling, DiRienzo said.

A map of impacted counties is available on the WGFD website.