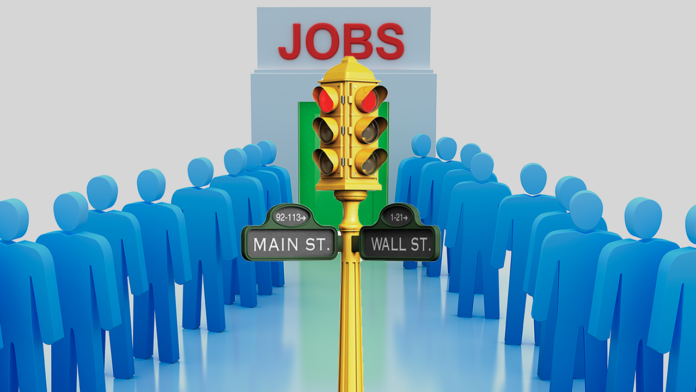 A new report shows states that decided to turn away federal unemployment benefits have seen a drop in unemployment.

Citing these concerns, Republican governors began announcing the end of the federal program in their states. More than two dozen states have made this kind of pledge, with the end date of those benefits varying by state.

Republicans aren’t alone in cutting the payments. Democratic Louisiana Gov. John Bel Edwards struck a deal with the state Legislature earlier this month to turn away the federal benefits in exchange for a modest bump in the state’s unemployment payments.

“We simply have never seen anything like this before in history – a record-high 9.3 million job openings, a record-high number of workers quitting their jobs, a record-low number being laid off, and yet 9.3 million unemployed workers, not to mention a much higher number of people – 15.4 million – collecting unemployment insurance benefits,” said Rachel Greszler, an economic expert at the Heritage Foundation.

An analysis by Jefferies LLC economists reported by the Wall Street Journal found that from the middle of May, when many governors announced an end to the benefits, through June 12, the number of workers receiving state unemployment benefits in those states fell by 13.8%.

Critics of the federal benefits said the shift confirms the hypothesis of Republicans in those states, namely that many Americans were not returning to the workforce because federal benefits made it more advantageous to stay home than head back to work.

“What we’re seeing across the states, with employment rising the most in states that are ending the bonus federal benefits early, is exactly as expected,” Greszler said. “It’s not rocket science. If you guarantee people super-sized unemployment benefits for up to 18 months, you should expect high unemployment.

“Even without the added $600 and $300 payments, researchers at the New York Federal Reserve estimated that the extended unemployment benefits during the Great Recession increased unemployment by 4.6 million in 2010,” she said.

Republicans in the U.S. Senate, meanwhile, have rallied around ending the federal program for the entire nation.

“I’m here to tell you what small businesses are telling me, and I believe we’re telling everyone that’s here,” Sen. Marco Rubio, R-Fla., told reporters in May after announcing his bill to end the benefits. “That is, enhanced unemployment benefits are creating an incentive for people not to return to work until they expire. It’s not because people are lazy, not accusing anyone of being lazy. It’s because people are logical, because it’s logic that if you’re going to make close to or as much, in some cases more, than what you do when you’re at work, you’ll go back to work when that expires.”

Greszler said the last time the U.S. had a 5.8% unemployment rate, which is the current rate, the country had 4.7 million job openings, about half of the current 9.3 million available jobs.

“It’s abundantly clear that the unemployment insurance bonus payments are hurting, instead of helping the recovery because the federal government is competing with businesses for the workers they need to fully resume operations and recover some of their losses,” Greszler said. “Governors who have responded to the needs of their communities and small businesses by ending the federal unemployment bonuses early will be ahead of the game on the path to recovery, and their people, families, and businesses will be in better positions to thrive.”

The White House has stood firmly behind the benefits, arguing Americans still need the help and that now is not the time to remove the payments.

“We don’t see much evidence that the extra unemployment insurance is a major driver in people not rejoining the workforce,” White House Press Secretary Jen Psaki said.