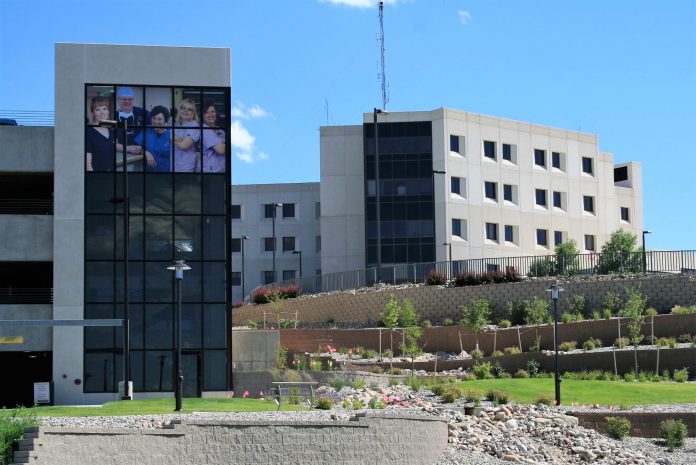 The Campbell County Board of Commissioners on Tuesday voted down a resolution that would have allowed Campbell County Health (CCH) to affiliate with UCHealth University of Colorado Hospital (UCH).

“I’m going to be honest with you, the vast majority of people that I have talked to don’t support this,” Shelstad told CCH Board of Trustees Chairman Adrian Gerrits on June 15. “Because of that, I can’t support it.”

Faber said that the fact that the CCH Board of Trustees was not unanimous on the issue, with board member Alan Stuber voicing reservations about the agreement potentially costing local control of the hospital, made the decision very difficult.

“I would have really liked to see that your board was unanimous on something this big,” Faber said.

Stuber’s reservations stem from a possibility, with the affiliation agreement requiring CCH CEO Colleen Heeter to become a UCHealth employee, that UCHealth would then have a lot of influence over the decisions made regarding the Campbell County Memorial Hospital (CCMH).

“We have seen it in the past here; our college decisions were being made by a board that was in Sheridan that had a lot of effect here in Gillette,” Stuber said, adding that his reservations were not personal.

UCHealth has a lot to offer, Stuber admitted, but they are a profitable organization with high costs and it’s concerning considering the future of CCH and whether its prices will increase.

The affiliation agreement with UCHealth was an option that CCH was exploring to keep the CCMH viable while being able to continue providing services the public has come to expect at a cost residents can afford, according to Commissioner D.G. Reardon, who added that the agreement would have moved CCH in the same direction as other hospitals across the country.

“In order to stay viable, you’ve got to figure out ways to cut costs and still provide services,” Reardon said.

With the commission voting down the measure, the CCH Board of Trustees will have to go back to the drawing board and come up with an affiliation agreement that the commission feels more comfortable with moving forward.

“I would be willing to put in whatever hours it takes to come up with the right solution,” Maul said. “It’s just going to have to be one that I’m comfortable with and with the people that I talk to.”

County 17 will be pursuing a follow-up story on this issue in the coming days.