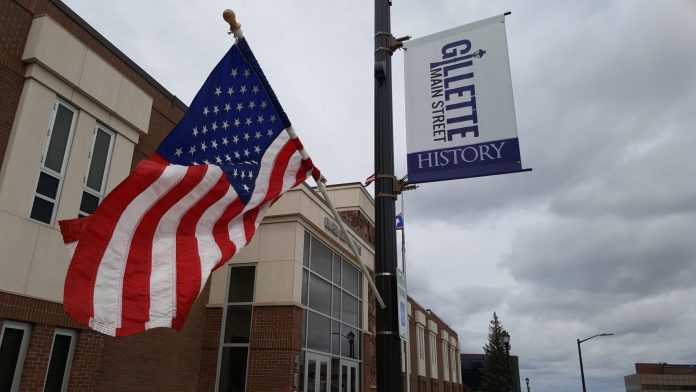 The bid was awarded to Earthworks Solutions to apply a Methyl Methacrylate aka (MMA) coating, a fast-setting resin system reportedly effective for sealing and filling cracks in concrete surfaces, to the courthouse garage.

The parking garage, built in the 1980s, has held up remarkably well, according to Matt Olsen, county public works director, but recent efforts have identified several areas showing signs of delamination as well as other weak spots in the deck.

“It’s needing some work,” Olsen said May 18 while laying out the project to the Campbell County Commission, advising that public works had already put the project out to bid and received two reasonable offers, one for the MMA system from Earthworks and one for an epoxy approach from S&S Builders.

The bid from Earthworks Solutions was nearly half the amount requested by S&S Builders, which came in at $112,707 for a concrete epoxy overlay, the approach utilized by the City of Gillette to repair the Gurley Overpass in 2018 during the deck rehabilitation project that resulted in lengthy closures.

“We’ve all seen what happened at the Gurley Overpass and the extensive repairs that happened there,” Olsen said. “We don’t want to go down that rabbit hole. I don’t think we need to. They’re two different animals.”

Unlike the overpass, which is exposed to the elements and sees consistent heavy traffic, the parking garage is only partially exposed and only experiences light traffic, Olsen said, noting that a full deck rehabilitation shouldn’t be necessary for the time being.

MMA resin is commonly used in parking structures and has a really fast setup time, noted Olsen, whereas epoxy overlays are generally used in bridge repair and can take days to properly set.

The county had requested bid options from several contractors to determine the cost feasibility of exploratory deck repair combined with a concrete coating, or just going with the coating itself. The county received bids on May 13, according to a letter dated May 13 from Olsen to the commission.

Exploratory concrete repair would fix every delamination and weak spot recently identified by dragging the surface of the parking garage floor with heavy chains, the process employed by the city to identify weak spots on the overpass, but would cost considerably more than simply applying a coating.

“Due to budgetary constraints and a long schedule with many unknowns, it is not recommended to perform exploratory deck repairs at this time,” Olsen’s letter stated.

Final schedule details still need to be worked out between the county and Earthworks Solutions before a project start date can be determined, per Olsen.