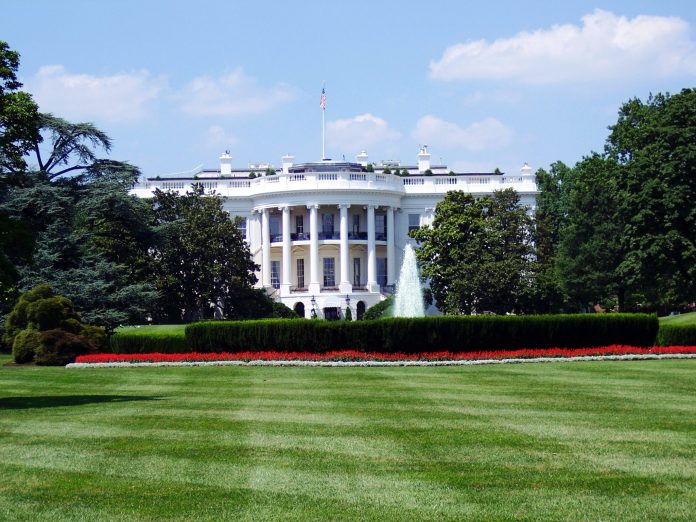 The 2022 election is only 18 months away. Since this is a midterm election, the spotlight will be on the narrow Democratic majorities in Congress.

Few House races will attract more attention than the one in Wyoming. Our embattled Rep. Liz Cheney has already been put on notice by hopeful challengers. State Sen. Anthony Bouchard (R-Cheyenne) has billed himself squarely as the “against Cheney” candidate. State Rep. Chuck Gray (R-Casper) is pursuing a broader agenda but is also unmistakably out to capitalize on widespread anti-Cheney sentiments.

Former President Donald Trump has signaled his intentions to endorse a Cheney challenger. His word will undoubtedly carry weight in a state where he won more than 70% of the vote.

All these candidates are yelling into the headwind. Cheney just dropped the bomb: When asked by the New York Post, she admitted that she is not “ruling out” a run for president.

For reasons I will get back to in a moment, this is essentially a declaration that she is running in 2024.

But that is not all. Cheney cannot both run for president and be the conference chair in the House of Representatives — her current leadership role. The chair job is simply too demanding, even for a capable politician like Cheney. Therefore, it is only logical that she will not run for Congress next year. In good time, before the election season heats up, she will announce her intent to not run again. Instead, I believe, she is going to announce her 2024 presidential campaign.

This is expectable: If she did not make such a statement at this point, it would be tantamount to pulling out of the race today. She’s much too savvy to tip her hand this early in the poker match. She is not ready to make that announcement, and probably won’t be for months yet

Once her announcement is made, it will throw open one of the most closely watched congressional races in the country. Wyoming is supposed to be ground zero for the Trump-v-Cheney battle for the Republican party. If she bows out and goes for the big chair instead, it will completely change the game.

To begin with, she will have to pick a successor. She can’t just cede the race to Trump’s favorite — that would be a defeat for her and her wing of the party. But she cannot pick just anyone: Whoever she chooses will bear the stigma of her unpopularity. Cheney’s replacement has to be a candidate who can effectively neutralize the Cheney resentment even among moderate Trump supporters.

This is no small feat. Unlike in most other states, Republican voters in Wyoming tend to vote against candidates they dislike more than they vote for those they find appealing. This forces Cheney to find a candidate whom nobody finds a reason to vote against.

There is a sense of ingenuity in a totally unobtrusive Cheney successor. The less Cheney the candidate is, the more he or she takes the never-Liz air out of the Bouchard balloon and the anti-Cheney steam out of the Gray train. They, and other never-Cheney’s will have to run for something instead of against someone.

I do not see a Cheney-backed candidate prevail, no matter how unoffensively Gordonesque they are in their political profile. Therefore, the winner will be whoever can reinvent him- or herself as a pro-something candidate.

Sounds far fetched? Maybe. But here are three pieces of evidence that say a Cheney presidential run is in the making.

First, Cheney started almost as soon as the election closed on November 3 to voice criticism of President Trump for suggesting major voter fraud. She stood out early for her express desire to distance herself from the president, noting assertively — even before cases were filed in court — that no election irregularities had taken place.

Right or wrong, it was clear that she seized the moment to size up the president; it was a challenge for the de facto leadership of the party.

Next came the Jan. 6 events, after which Cheney spearheaded the impeachment case against Trump. She must have known that it would never prevail in the Senate, so why do it? Again: challenge Trump for party leadership.

Cheney must also have known that her impeachment vote would poison the waters with her voter base back home. I have myself been amazed at the resentment toward Cheney among conservatives in Wyoming, and I cannot see a path for her back to anything distantly resembling the level of voter support she once enjoyed. On the contrary, it is not at all unreasonable to expect that she could lose the primary to a savvy, Trump-backed challenger.

None of this is rocket science, and Cheney is smart. She knows better than to put herself in a situation where she would suffer an embarrassing primary loss to a candidate backed by the very man she voted to impeach.

A third indication of her pending withdrawal from 2022 is the line-up of supporters she brings to Wyoming. According to redstate.com, Cheney is relying on Lisa Murkowski, Barbara Comstock and Jeff Flake to help her in her home state.

The big chair in the Oval Office.

Cheney faces many formidable challenges between here and 1600 Pennsylvania Avenue. Perhaps the biggest one is herself. She has three U.S. House race victories under her belt — in a state that votes 70% Republican. That’s it.

Most presidential candidates have been slogging away for decades in the grinds of politics before they go for the big chair. A George Bush or an Elizabeth Warren can afford to lose a presidential primary. They can come back from that.

Liz Cheney does not have that padding on her resume. She can’t miss once.

Going for the presidency in 2024 is a big gamble for her. She may very well pull it off — she is a capable and intelligent politician. If she does, her four-year-long last laugh will echo all the way to Mar-A-Lago. She will have outsmarted everyone and defeated everyone else.

But if she loses the 2024 presidential primary to a Trump faithful, her defeat will be all the more humiliating.