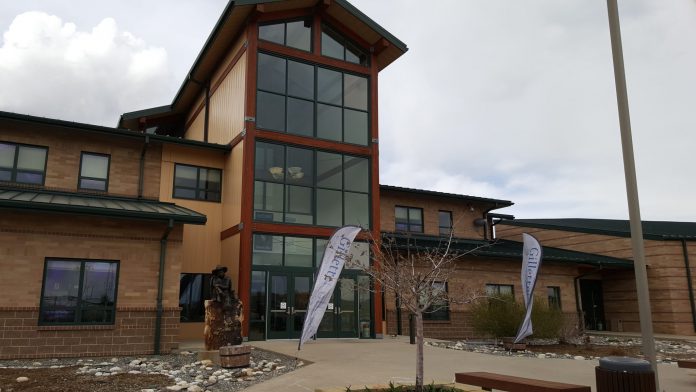 The Wyoming House needs to read a bill establishing the Gillette Community College District once more before advancing to Gov. Mark Gordon for signing and appearing before Campbell County voters.

The bill, Senate File 83 (SF0083) passed the House Committee of the Whole Monday, March 29 amid mixed views expressed by legislators both for and against the measure.

Rep. John Bear (R-Gillette) expressing his position strongly in favor of another community college district, said that while the existing partnership with Sheridan College has worked decently over the years, it has not been perfect.

“It would be nice to finally be rewarded for the work that’s gone in locally to this school and to have local control,” Bear said.

Rep. Christopher Knapp (R-Gillette) urged the House to get the issue before Campbell County voters so they can decide on their own future, adding that the Gillette campus, unlike other satellite campuses around the state, would be more than capable of supporting and operating itself alone.

Rep. Tim Hallinan (R-Gillette) agreed, saying that the question was not whether the legislature would approve the formation of an eighth community college district, but whether the people of Campbell County would go for it.

“I don’t know for sure whether they will approve doing this or not,” Hallinan said. “Nor does anyone else here know. But I think they should be given the opportunity.”

Rep. Bill Fortner (R-Gillette), the only locally elected representative to speak against the bill, presented his views against the bill, expressing his concern that another community college district in Wyoming would hurt the existing districts and industry, despite the latter having been touted as a primary driver behind the development of Gillette College and its curriculum in recent weeks.

“I have no problem with the voters of Campbell County getting to vote on this project,” Fortner said. “My biggest concern is…it couldn’t have happened at a worst down period in the state for probably [sic] since the Great Depression as far as mineral revenue goes.”

Additional taxes will only drive industry away, Fortner argued, echoing his sentiments expressed during a February interview with County 17, adding that a mill levy could encourage industry to seek cheaper asylum in nearby Crook or Johnson counties (County 17, Feb. 23).

“I just do not see the benefits of walking away from a partnership that we had with Sheridan for 53 years that virtually cost us nothing [sic],” Fortner said, repeating his opinion that the real reason Gillette College wants to govern itself is to reinstate the sports program cut by the Northern Wyoming Community College District (NWCCD).

Rep. Shelly Duncan (R-Lingle) agreed that the timing may not be right to add another community college district, though for slightly different reasons.

The legislature fields comments and complaints from community colleges every year, Duncan said, they aren’t united and are disorganized.

“I caution you to hold the brakes,” Duncan said. “It’s a good idea, but there are too many moving parts.”

Then there’s the coal bankruptcies to consider in northwestern Wyoming, she noted, adding that the mill levy could very well wind up on the backs of Campbell County taxpayers who will not be able to afford it.

Rep. Chad Banks (D-Rock Springs) voiced additional concerns about funding for the college, despite assurances from House Speaker Eric Barlow (R-Gillette) that the college would be able to fund itself.

There’s only so much of the pie to go around, Banks said, and it could wind up being divided up to fund eight college districts instead of the current seven.

“I understand the arguments for Gillette College, but I’m really worried about what this does to the other seven community colleges in our state and how we continue funding those,” Banks said.

Despite the opposition, however, the bill advanced through it’s second reading March 30 without opposition and is slated to be read a third time before the House adjourns for the current legislative session