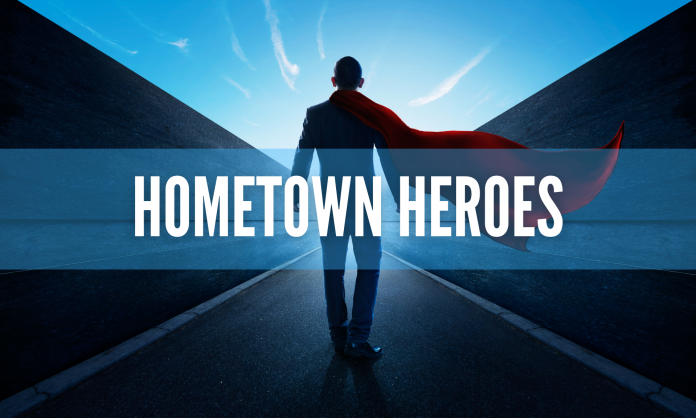 Braydon Meyer had just told his teacher off for the umpteenth time the day he met Zach Parker. He was tired of being disrespected, the 15-year-old explained when he went over to talk to Parker, who was standing next to Youth Emergency Services (Y.E.S.) House employee Paul Utzman.

Parker had just taken on the School Resource Officer job for the Gillette Police Department (GPD) and had stopped by to start making connections.

For some reason, Meyer felt compelled to walk over to the staff member and GPD officer, despite his uniform. Typically, Meyer avoided cops at all costs given his past brushes with the law, he said, including a 69-day stint in the juvenile detention center, which had landed him in the Boys Cottage Program where he seemed to continue backsliding. Mainly, for incidents like this one.

Parker asked the teen what happened, and Meyer explained his teacher had once again disrespected him. It didn’t appear that he’d shown his teacher any respect, Parker noted, so why should the kid expect anything back.

Meyer thought about that for a few minutes. Nobody had ever quite framed it like that for him before. It made a bit of sense.

“Usually, I have a problem with authority figures,” Meyer said. “But he listened to me and seemed to care.”

From that point on, Utzman asked Parker if he cared to become Meyer’s mentor in the Y.E.S. House’s Impact Youth Membership program, and Parker said yes.

In the five months the pair has been spending time together – usually lunch and a basketball game once or twice a week – Meyer is noticeably a different kid.

Not only has Meyer graduated out of the program, but now he’s living back home with his mom and three siblings, attending classes through the Y.E.S. House transition program, and talking about getting a part-time job, and even lifting weights with Parker three times a week in the morning.

“He’s the only cop I like so far,” Meyer clarified with a grin, but admitted the relationship has made a big impact on his outlook and his desire to now be accountable for his actions and to consider the consequence of his actions.

Before meeting Parker, Meyer said he spent a lot of time being mad. Now, he’s talking about going to Westwood High next year and getting his high school diploma before pursuing some business opportunities like opening his own barber shop or a shipping and supply store.

Before meeting Parker, Meyer said he spent a lot of time being mad. Now, he’s talking about going to Westwood High next year and getting his high school diploma before pursuing some business opportunities like opening his own barber shop or a shipping and supply store.

This is exactly why Stacy Helwig, mentorship program coordinator, believes so strongly in the effectiveness of the program and is excited to see it expanding both locally and across four surrounding counties including Weston, Crook, Converse, and Niobrara counties.

The program, which is based on the same model as Big Brothers Big Sisters of America, pairs a mentor with a youth between seven and 17 years old. They get together for a minimum of eight hours per month for lunch or various other activities. The only stipulations are that outings can’t be overnight nor can they involve firearms. Volunteers have to be 21 or older and vetted through the agency as well as pass a background check and be fingerprinted and tentatively commit to a year mentoring the teen.

Volunteer mentors must also undergo a mandatory two-hour training program with the opportunity for more training including CPR and other programs.

Helwig has about 40 volunteer mentors and is looking to expand the program. Ideally, she’d like to see it grow to serve 220 youth for a minimum of three years.

For anyone questioning whether lives are changed by the relationships with these youths, just ask Parker, who is a father of two teens himself.

“Start a conversation,” Parker said. “Just give it a try because you never know what happens.”

That’s been one of the biggest takeaways from his perspective. The fact that you might have an impact on a kid in need. Who knew how much Meyer needed someone to speak honestly and directly to him and hold the teen accountable?

“My only rule is that he’s honest with me,” Parker said. “If he screws up, I want to hear about it. I want to him to take responsibility for his actions and see how he can turn it around. None of us are perfect, including cops.”

We all screw up, Parker acknowledged, but it’s what you do to correct course that makes the difference.

It’s a message – and friendship – that’s had a big impact on the teen whose own father is in prison.

What both Parker and Helwig really appreciate is the way that Meyer is stepping up for other kids at the Y.E.S. House. Meyer is the kid who many of the others look up to, she said, and now the others are following suit and asking for help to try to change their lives around just like Meyer.

Recently, a second teen has reached out to Parker, who is thinking about taking on a second mentee. Anything he can do to help, he said.

“Love your fellow man, and do what you can to help the world,” Parker said. “It literally started with a conversation. Who knew that it could be such a game changer.”