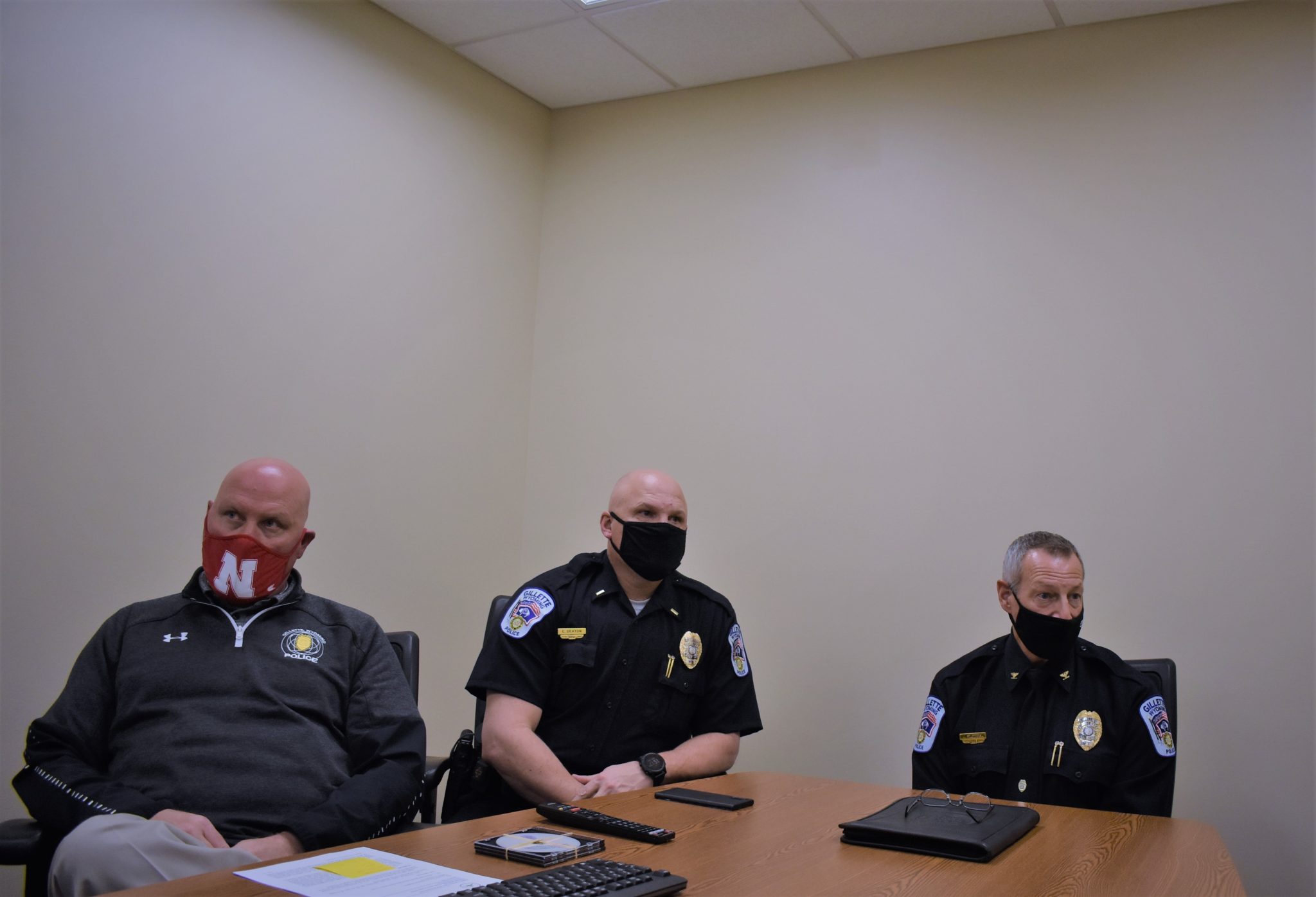 The fatal shooting occurred on Nov. 13, 2020, after 31-year-old Cody Amman pulled a handgun from a vehicle and fired shots at Sanders during a traffic stop on Boxelder Road, near the Chara Hills subdivision, according to a GPD statement issued after the incident.

Amman had been operating a vehicle believed to have fled another scene outside city limits where a vehicle had been shot several times. Sanders located Amman in his vehicle, after receiving direction from his supervisor who instructed him to initiate a felony traffic stop with the intent of holding the vehicle at gun point until backup arrived.

Sanders reportedly had no intention of approaching Amman’s vehicle without backup, due to the high probability that its occupants were armed. Instead, he stopped Amman away from residential areas in the event there was gunfire, according to a special prosecutor report from Crook County Attorney Joseph Baron.

Body cam footage of the incident released by GPD on Jan. 26 during a press conference at Gillette City Hall shows Amman emerging from his vehicle before Sanders is fully stopped.

Footage further shows Sanders quickly parking his patrol car, drawing his firearm, and ordering Amman to get back into his vehicle. When Amman begins shooting, Sanders returns fire while seeking shelter behind his patrol car.

Sanders fired a total of six shots as bullets whirled around him, some of them slamming into his patrol car. Amman then fled while continuing to point his gun at Sanders and firing another shot, according to witness accounts recorded in the special prosecutor report.

Two of Sanders’ last shots struck Amman in the chest, and he later died of acute blood loss and respiratory failure despite life saving measures attempted by responding law enforcement who arrived within minutes of the shooting.

Sanders was not injured in the exchange.

Gillette Police Chief Jim Hloucal, who spoke to reporters Tuesday, stated the body cam footage had been cut to remove the attempted life saving measures and Amman’s wounds out of respect for the family.

Nine seconds passed from the moment Amman stepped out of his vehicle to the point when he hit the ground, according to Hloucal, who said Sanders’ response to the situation was exceptional and reflected the level of training that all GPD officers undertake.

Training for situations like the one Sanders endured is continuous, Hloucal noted.

“While these (situations) are very infrequent, they’re the ones that unfold the quickest, so that training has to be second nature, so that reaction is instantaneous,” Hloucal said. “You train frequently for the infrequent, high-risk life encounter.”

Baron was brought in to investigate the incident after Campbell County Attorney Mitch Damsky announced late last year that he could not investigate due to a conflict of interest as Amman had been a former client of his when he was serving as a public defender.

Baron’s report was based on findings from the Wyoming Division of Criminal Investigation (DCI), who are tasked with investigating officer involved shootings in Campbell County.

Baron concluded in his report that Sanders’ actions aligned with those that any reasonable officer would be expected to make given the circumstances.

“I find no reason whatsoever to charge the officer with any type of criminal offense based upon the evidence presented to me as the officer’s shooting of Cody Amman was a justified use of deadly force by a law enforcement officer acting within the scope of his duties,” Baron wrote in his report.

An internal GPD investigation of the shooting came to the same conclusion, Hloucal said.

Sanders is expected to return to full duty in the coming days.