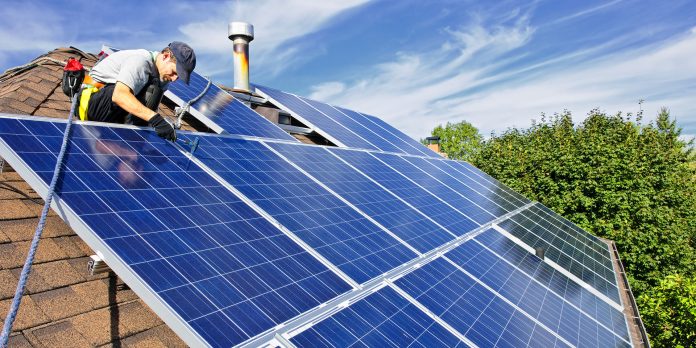 A new report from California regulators is spotlighting the grid reliability challenge that states could face as they try to decarbonize their power sectors.

Earlier this month, three California agencies released an analysis outlining policies to enable the state’s transition to 100% clean electricity by 2045, as well as the potential costs and benefits associated with the policies. The road map was mandated under California’s 2018 clean energy bill, S.B. 100.

Produced by the California Energy Commission, California Public Utilities Commission and California Air Resources Board with consultation from Energy and Environmental Economics Inc., the report found that the state can meet its 100% clean energy target but that doing so will require a sustained, “record-setting” increase in the deployment of new renewable energy resources. Even so, meeting the target would only cost 6% more than a reference scenario of 60% clean electricity by 2045, the report said.

“This report obviously does not answer all questions, but it gives us some really important information and guideposts that we can use,” Mary Nichols, chair of CARB, said during a workshop last week on the report.

The analysis called for a future reliability assessment that would evaluate whether replacing most of the state’s carbon-intensive resources with zero-carbon ones could hurt system reliability and ways to mitigate that problem. Grid reliability entered the spotlight in California this year when the state was hit with rolling blackouts that experts have attributed primarily to poor planning (Energywire, Dec. 3).

Based on analyses completed so far, the report said that natural gas capacity should be maintained at least in the short term to improve system reliability, but that emerging technologies such as green hydrogen and demand flexibility – or the ability to shift electricity consumption to certain times of day – should also be evaluated.

Embracing demand flexibility tools could ultimately save about $1 billion in costs annually as compared to baseline decarbonization scenarios, largely by curtailing the need for new energy storage, the report said. Demand flexibility refers to portions of electricity demand that could be reduced or shifted to periods of time when renewable resources are high by using smart appliances, timed charging of electric vehicles and other tools, according to the International Renewable Energy Agency.

Employing diverse resources, rather than only a few types of energy generation, would also bring down the costs of the state’s clean energy transition, the report said. Increased collaboration with other states in the West could also lower costs.

While environmentalists, trade groups and utility representatives praised state officials for their work on the report, some urged regulators during the workshop to immediately prioritize analyses on system reliability.

“Until a detailed reliability and deliverability analysis is completed, we believe it would be premature to conclude that the S.B. 100 goals are achievable with existing technologies,” said Jim Shetler, general manager of the Balancing Authority of Northern California, which represents power authorities in the region. “We urge the agencies to view an honest and transparent discussion on reliability challenges as a positive element of debate that will advance the interest of consumers.”

That point was underscored by natural gas provider Southern California Gas Co. and the head of the California Municipal Utilities Association, which represents publicly owned electric utilities and water agencies.

“We need to focus on technologies and actions that are cost effective,” said Barry Moline, executive director of CMUA. “We want to achieve the S.B. 100 goals with high reliability, and in a way that is affordable for residents and businesses of California.”

Representatives from hydrogen fuel-cell vehicle startup Nikola Corp. and hydrogen trade associations said future reports should also give more weight to green hydrogen, underscoring a concern raised by some advocates that the state is “deprioritizing” hydrogen in its climate plans (Energywire, Nov. 12).

“I urge everyone to consider near term studying the role of green hydrogen in helping us to leapfrog,” said Janice Lin, founder and CEO of the Green Hydrogen Coalition. “Consider the infrastructure that we already have that can be repurposed to achieve the goals of S.B. 100, and in so doing, create very abundant, saleable zero-carbon fuels.”

CARB, CEC and CPUC plan to release another report on the state’s efforts to meet the goals of S.B. 100 that will include a reliability assessment by 2025.

Reprinted from Energywire with the permission of E&E News. Copyright 2020. E&E News provides essential news for energy and environment professionals at www.eenews.net.