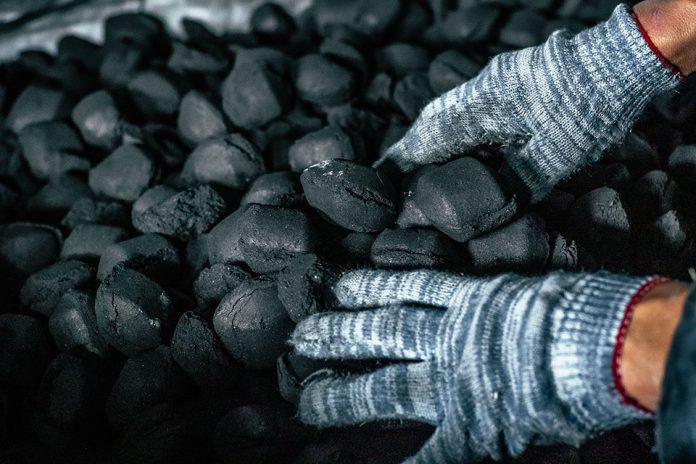 Two coal companies filed for bankruptcy restructuring this week in the latest indication that the industry’s long-term woes have been intensified by the coronavirus pandemic.

Lighthouse Resources Inc., operator of the Decker mine in Montana, and Illinois Basin producer White Stallion Energy LLC each filed for Chapter 11 reorganization in the U.S. Bankruptcy Court for the District of Delaware.

Both companies produced thermal coal to fuel power plants. Lighthouse’s plan to export coal to Asia fell through, while White Stallion cited utilities’ shift toward natural gas and renewables as a primary cause for its bankruptcy filing.

Lighthouse CEO Everett King said the Utah-based company had to lay off 76 of its 167 employees.

“We are deeply saddened by this impact on individuals, families and communities. A court-supervised reorganization process is necessary,” King said in a statement. “We have no alternative.”

Lighthouse reported having about $456 million in debt liabilities, and White Stallion has about $104 million. Both companies plan to sell their assets.

Lighthouse banked on shipping coal via its Millennium Bulk Terminals project in Washington to Asia, where demand for coal is growing, a court filing says.

The export project has been mired in legal battles as Washington regulators refused to permit the terminal (Energywire, Oct. 6, reprinted in County 17). The company could not afford to keep fighting for the terminal’s future.

Further, Lighthouse’s Decker mine is losing its customer. The company sells 2.5 million tons of coal per year to DTE Energy Co. for $15.25 a ton. But its purchase agreement ends in 2021. DTE is in the process of closing or retrofitting some of its coal plants (E&E News PM, Dec. 3).

Lighthouse also participates in a joint venture at the Black Butte mine in Wyoming. That mine is not part of the bankruptcy and will continue operating.

White Stallion will idle its six surface mines in Indiana and Illinois. It laid off all of its 260 employees prior to filing for bankruptcy. It expects to rehire 24 of them during the restructuring.

The company is “facing a severe, unexpected cash shortage brought on by, among other things, a steep decline in the broader coal market, which was exacerbated by the outbreak of the novel coronavirus,” White Stallion Chief Operating Officer David Beckman wrote in a court filing.

The company received a $10 million loan from the Congress-approved pandemic relief Paycheck Protection Program, but the decline in coal demand was too much to overcome. Appalachian mining company Rhino Resource Partners LP also received a PPP loan before entering bankruptcy in July (Greenwire, July 23).

The pandemic and reduced demand could continue to push coal companies into bankruptcy. Peabody Energy Corp., the nation’s largest coal firm, indicated last month that it was a risk for entering a second Chapter 11 case.

Other firms are shifting their focus from supplying power plants to producing higher-quality coal for steelmaking, a much smaller but more reliable market.