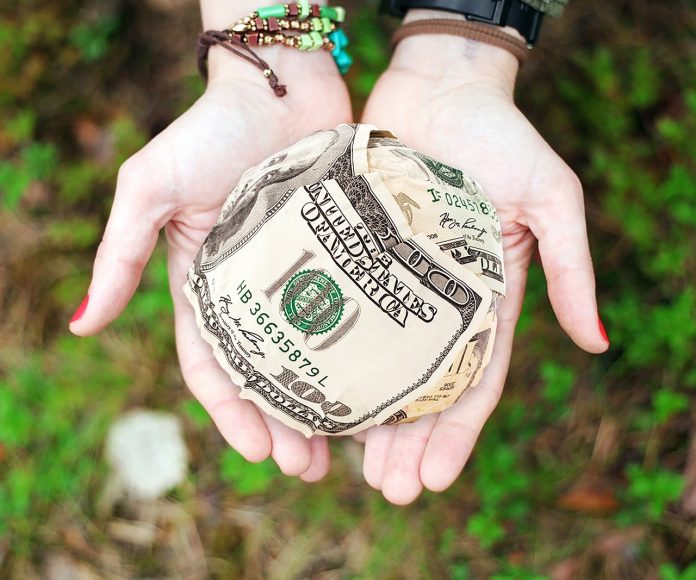 A User’s Guide to Democracy

Congress Works For You. Here’s How to Be a Better Boss.

There’s a phrase that pops up a lot in investigative journalism: Follow the money. It’s particularly relevant when talking about politics.

There are two big ways that money gets into politics: campaign financing and lobbying. Learning more about how campaign financing works can get you better acquainted with which industries are donating to the races you care about and how your candidates are spending the money they raise.

…but we have campaign finance laws for when it is. A quick history lesson: After the Watergate scandal (which, in addition to a break-in at the Democratic National Committee headquarters, involved misused campaign funds), Congress strengthened laws requiring federal campaigns to report their political contributions and spending to the Federal Election Commission. This was designed as a check against corruption but also to empower voters and keep you reasonably informed about money in politics.

Seeing where a candidate’s money comes from, as well as which groups are spending on behalf of (or against) their campaign, helps you understand their beliefs, the advice they’re getting and the kinds of policies they’re likely to support.

What a Donation Gets You… If You’re a Candidate

Money can help you win an election, though it’s not the only factor. By and large, donations get spent on the day-to-day expenses of running a campaign. You can use FEC data to research how candidates are spending their funds this election.

It’s probably garden-variety stuff: lunch, plane tickets, campaign ads, fundraising software, venue rentals for campaign events. In some cases, you might even see donations to the campaigns of other candidates they support. The choices candidates make tell you something about their priorities: where they’re spending their time, which voters they’re trying hardest to win over (older voters with TV ads or younger folks online) and how much they pay their staff.

Of course, sometimes candidates try to hide the true purpose of their campaign expenses. This year, former California Rep. Duncan Hunter was sentenced to 11 months in prison for spending 2018 campaign donations on family trips to Hawaii and Italy and private school for his children.

If you see something suspicious in your candidates’ spending or have questions, let us know at itemizer@propublica.org.

Individuals are allowed to contribute up to $2,800 per election to a candidate’s campaign (a primary and a general count as separate elections; so do runoffs). Most of the time these donors don’t see a “return” on their investment. If you donate to a candidate, chances are you’re getting one of two things:

Campaign donations are not supposed to be transactional — that’s considered bribery, and it’s a crime. But they are a way of establishing a relationship and opening the door to conversations between the donor and the government. This is why, for example, defense industry PACs give to candidates who sit on the Armed Services Committee. They have an interest in talking to the people who help govern their industry. Conversely, when Rep. Charles Rangel stepped aside from the powerful House Ways and Means Committee for ethics violations, his once-stalwart campaign donors famously disappeared because he no longer had an important role for their interests.

But, thanks to regulations in the ’70s, we can at least see what’s behind the curtain. If you give $200 or more to a candidate, the campaign is required to report your name, address and employer or occupation to the Federal Election Commission. Based on these FEC filings, along with similar disclosures from political action committees, the Center for Responsive Politics (through its site OpenSecrets.org) determines which industries are funding the candidates in your race, and you can look it up.

Take a close look at the types of sectors and interest groups donating to your candidates. These can signal who has their ear.

Mostly what you get are negative campaign ads.

Some of the biggest players in the campaign landscape are super PACs. These are political action committees that don’t give directly to the candidate but spend independently in support of (or in opposition to) them. This outside spending is completely uncapped, freeing super PACs to raise any amount of money to influence any given race — typically for negative advertising. (You may balk at this, but, even if people claim to hate them, attack ads work.)

Think about the negative ads you’ve seen lately. Chances are they were funded by a super PAC, believing certain voters can be activated based on their message. Knowing who these groups are can help you better understand their motives and better assess whether you buy what they’re selling.

Outside spending from super PACs can have a big impact on an election. During the 2018 midterms, ProPublica and Politico reported on Mountain Families PAC, a super PAC set up by allies of Senate Majority Leader Mitch McConnell to intervene in that year’s West Virginia Republican primary. The group spent $1.3 million against Don Blankenship, a former coal baron who was considered the wild-card candidate, in a three-way race. Blankenship finished third. Mission accomplished.

How to Look Up Campaign Finance Information

A ProPublica tool called FEC Itemizer, lets you browse electronic campaign finance filings from the commission, allowing you to “follow the money” for yourself.

You can also use the FEC Itemizer to follow the money in the presidential race, by taking a look at campaign expenditures for:

Help Us Help the Election

Electionland is a coalition of newsrooms across the country that have banded together to help report on issues keeping people from voting in the election. From now through Election Day, you can tell us about voting problems in your area.

This story was originally published by ProPublica, a Pulitzer Prize-winning investigative newsroom.