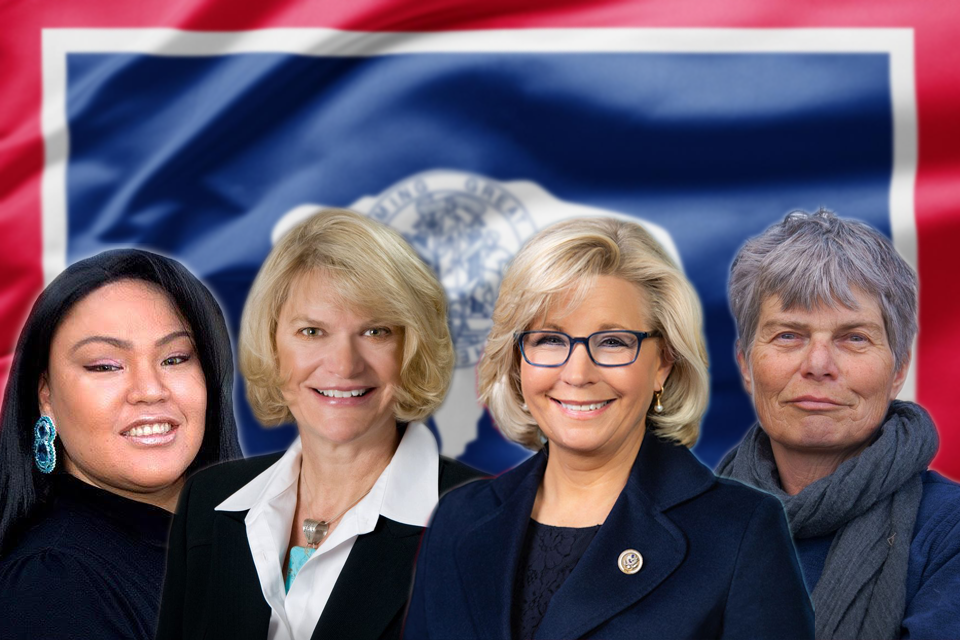 National history concerning women was made in Wyoming last Tuesday – and it occurred on the 100th anniversary of national suffrage for women. You just cannot make this up.
The four major party candidates for U. S. Senator and U. S. Representative will all be women in the general election on Nov. 3. This is simply amazing.
The election also marked a historic statewide election when a number of prominent Republicans were knocked off by their more conservative counterparts.
But first, back to the women: One of the women brings another amazing statistic to the table – Lynnette Grey Bull of the Wind River Indian Reservation, is probably the first native American woman to run for a major national race in Wyoming.
The two best known winners Tuesday are Liz Cheney and Cynthia Lummis. Cheney is the incumbent Republican U. S. Representative, who won her primary and will be a heavy favorite in the general against Grey Bull.
Lummis is a former four-term U. S. Representative and will be a heavy favorite to defeat Democrat Merav Ben-David from Laramie. Cheney and Lummis are both Republicans in a state that is overwhelmingly Republican.
Cheyenne Wyoming Tribune-Eagle Reporter Tom Coulter did an excellent article on this and quoted Ben-David: “This is an unprecedented time, and (this election) will be unprecedented in so many ways. I will be the first female Wyoming senator, the first scientist in the Senate since 1982 and the first climate scientist ever elected to the Senate,” Ben-David said.
Coulter’s story also reported: In a historic step for Native American representation in Wyoming, Lynnette Grey Bull secured the Democratic nomination to run in the November general election, making her the first Native American person to secure the federal nomination of a major political party in Wyoming.
Grey Bull, a member of the Northern Arapaho Tribe and vice president of the Global Indigenous Council. Grey Bull won a vast majority of the vote, with roughly 12,328 ballots cast for her.
After her victory Tuesday night, Grey Bull said she looked forward to continuing her campaign’s momentum into the general election. As a woman and as the first Native American person to secure a major-party nomination in Wyoming, Grey Bull said the experience has been emotional.
“I know the suffering that my people have gone through,” Grey Bull said. “I know the long history that we have here, not only in Wyoming, but in the Northern Plains region.”
“Something like today, out of all the ‘no’s’ I’ve received in life, this ‘yes’ really means a lot, not only for myself, but for my people,” she continued.
Besides this exciting national news concerning women vying for all four positions in our federal elections, the primary offered lots of other upsets. After the primary Aug. 18, it sure looked like the conservatives won the soul of Wyoming’s Republican Party.
During the 2020 primary campaign, it was obvious the Cowboy State seemed to be moving toward a three-party system, with Democrats, far-right conservative Republicans, and Republicans, who are labeled moderate or RINO (Republican in Name Only) by their opponents.
If you are keeping score, it sure appeared to be a wonderful night for the conservative Republicans. The primary election battlefield was littered with the carcasses of stalwart candidates who had been labeled moderate by their opponents. The Wyoming Gun Owners (WYGO) was instrumental in promoting the candidates who defeated the incumbents.
In Wyoming, what the heck does moderate mean? After Tuesday, it appears that if you show that you might consider raising any kind of tax, then you are a moderate.  Based on these results, it also appears that if you do not sign a pledge for Wyoming gun owners, you could face stiff opposition.
And based on these results, it would appear that the next session of the Legislature could be a truly cantankerous battle between pragmatic moderates who might consider anything to balance the budget versus staunch conservatives who prefer cutting government programs as their way to balance the state budget. And based on the Aug. 18 results, it would appear many of Wyoming’s voters support that position.
When the smoke cleared, it clearly was a good night for the most conservative of Wyoming’s Republicans. Earlier this year they dominated the GOP state convention and pretty much controlled the state platform, too.
As for the moderates, it might be back to the drawing board for them. They took a pretty good licking Tuesday, Aug. 18.