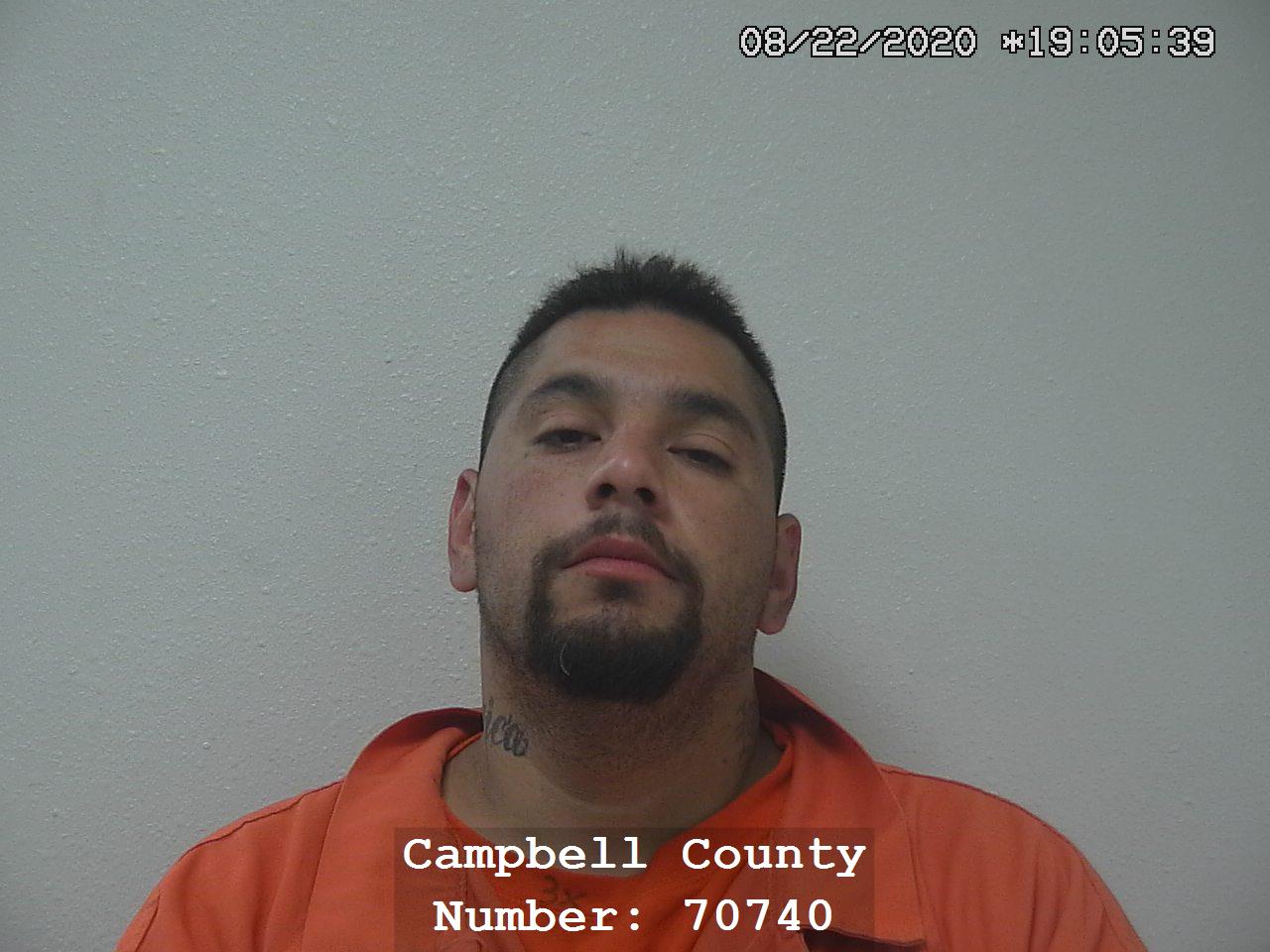 A Gillette man is in custody after allegedly choking and punching his pregnant wife Saturday, before attempting to hide under the trailer home, prompting Campbell County Sheriff’s Office (CCSO) deputies to deploy a K-9 and pepper spray until he eventually surrendered.

Juan Maciel, 39, was arrested for aggravated assault, strangulation of a household member, domestic battery and interference with an officer, according to an affidavit filed in Campbell County Circuit Court of the Sixth Judicial District on Aug. 24.

Deputies responded to multiple reports of a family fight Saturday around 2:30 p.m. at an undisclosed location, which has been redacted in the court documents. When deputies arrived on scene, they reportedly contacted Maciel’s wife in the driveway of her home with blood flowing from both nostrils with her left eye swollen shut, per the affidavit.

She told deputies that she and her husband had gotten into an argument on their front porch after she tried to retrieve undisclosed property from him. He allegedly became upset, per court documents, and punched her in the left eye with his fist, causing her to fall back onto a chair, where he reportedly began to choke her with one hand while attempting to strike her again in the face. The victim stated that she could not breathe, per the affidavit, when her husband allegedly hit her in the eye again, causing it to swell and impair her vision.

Deputies reportedly later found Maciel hiding under the trailer after entering through a hole in the skirting at which point he initially refused to surrender and come out. CCSO ultimately deployed K-9 Max and O.C. spray, or pepper spray, prompting Maciel to surrender, per the affidavit.

He was not injured during his arrest and was transported to the Campbell County Detention Center without incident and arraigned Monday, Aug. 24, where he was given a “no plea” by the Circuit Court Judge and a bond was set for $10,000.

At the time of reporting, Maciel remained incarcerated at the Campbell County Detention Center.

Editor’s note: It’s County 17’s policy not to release the names of the victims involved in domestic abuse or battery cases.