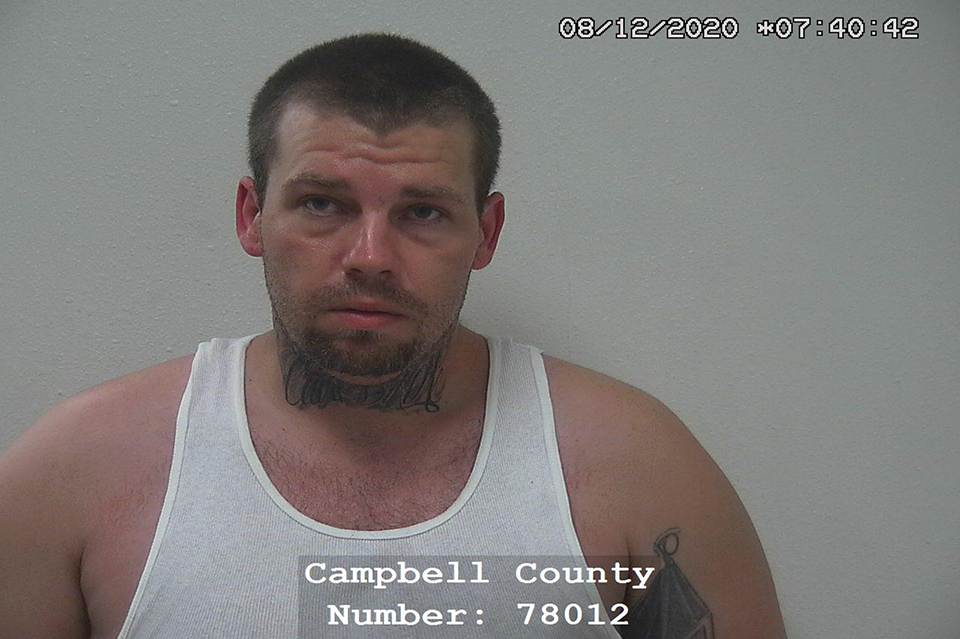 A Gillette man has been arrested for aggravated assault and battery and possession of methamphetamine with intent to deliver after officers allegedly found approximately eight ounces of crystal methamphetamine and 4.5 grams of marijuana in Allen Jenerou’s hotel room at 9 p.m. on Tuesday, Aug 11, according to an affidavit submitted to the Circuit Court of the Sixth Judicial Court.

The arrest stemmed from a 24-hour arrest and hold, following an alleged domestic violence incident between Jenerou and his female victim that occurred earlier that day. Per the affidavit, Gillette Police were called to Vivian Street after a witness reported that her friend had been assaulted.

The victim stated that Jenerou had reportedly followed her in his vehicle until she came to a stop. According to court documents, Jenerou then allegedly approached her vehicle and began pounding on the driver side window, opening the door and pulling her out of the car by her hair. Once outside of the vehicle, Jenerou allegedly began punching her until she fell onto the ground.

While on the ground, Jenerou then reportedly stomped on her head two times and began punching her again, per the affidavit. The victim was unable to estimate the number of times she was punched but stated that she was barely able to walk after.

Officers noted that her injuries were consistent with her statement, per the affidavit, and she was transported to Campbell County Health, where staff found that her right ear had been significantly injured during the trauma. A follow-up CT Scan revealed no signs of breaks or fractures, per court documents.

Later that evening, officers conducted a routine traffic stop on a vehicle and found Jenerou in the passenger seat, at which point he was immediately placed under arrest, per the affidavit.

While investigating the driver, Roberta Leake, a K-9 officer conducted a “free air sniff” of the vehicle and gave a positive indication. During a search of the vehicle, officers allegedly found .5 grams of marijuana, 1 gram of crystal methamphetamine and .1 grams of liquid methamphetamine.

Further investigation found Jenerou to be staying at the Best Western Hotel, where he and Leake had allegedly planned to meet and use methamphetamine, the affidavit stated.

At the hotel, the K-9 officer gave a positive indication on Jenerou’s room. Inside, the officers conducted a search and detained occupants Chelsie Grass and Josie Williams.

A search of the room revealed eight ounces of crystal methamphetamine and 4.5 grams of marijuana and $114 in cash.

The officer conducting the search stated that this was “the largest quantity of methamphetamine I have ever found,” per the affidavit filed in the case.

Due to the large amount of methamphetamine and the cash that was found, officers determined the situation was consistent with possession with intent to deliver charges.

At the time of reporting, Jenerou remains at the Campbell County Detention Center.

Editor’s note: It’s County 17’s policy not to release the names of the victims involved in domestic abuse or battery cases.