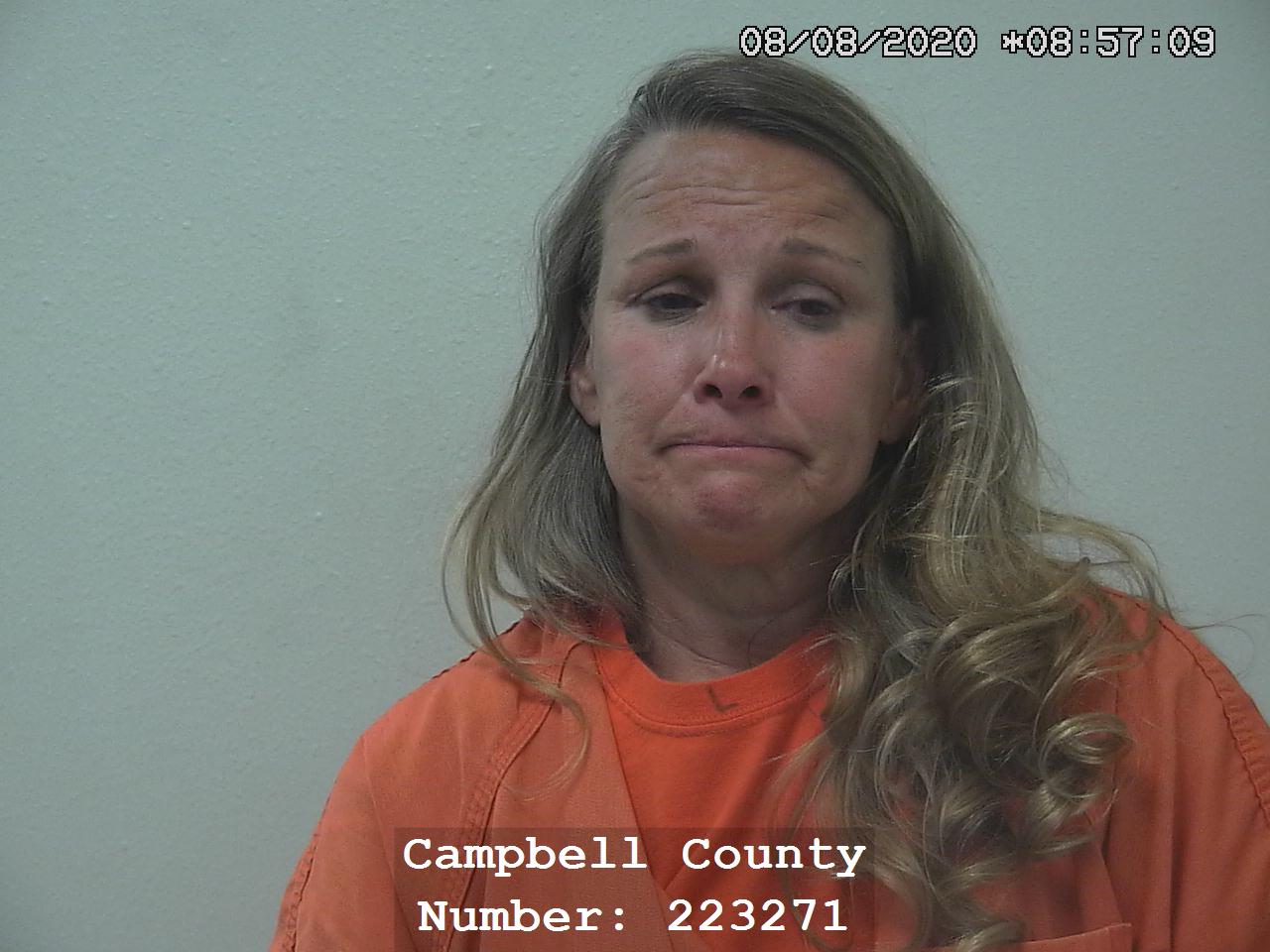 A routine traffic stop ended with the arrest of a California woman when she was pulled over for speeding Saturday morning just after 7 a.m. Tammy Barber, 54, was arrested for felony possession of a controlled substance after allegedly being caught carrying 87.62 grams of methamphetamine.

As Barber handed deputies her California driver’s license, they could visibly see that she was shaking and appeared nervous, according to the Affidavit of Probable Cause filed in the Circuit Court of the Sixth Judicial District on Aug. 10. Per court documents, she had also been pulled over the night before for speeding by another agency outside of Campbell County, but it didn’t specify where.

When the K-9 indicated positive for marijuana during a free-air sniff of the vehicle Saturday, Barber admitted to deputies that her son had used marijuana in the vehicle approximately one week prior, the affidavit stated. Deputies then conducted a search of the vehicle and reportedly found what they suspected was marijuana wrapped in a blue and white surgical mask at which point Barber was placed under arrest.

While detained in the deputy’s patrol car during a further search of the vehicle, Barber allegedly admitted to hiding narcotics in the crotch area of her pants. She then reportedly handed deputies a white baggie with approximately 38.27 grams of meth and was transported to the Campbell County Detention Center without incident. Before entering the jail, Barber allegedly told deputies that she was hiding more narcotics in her bra. She then reportedly produced  three more baggies of suspected methamphetamine, weighing 29.13, 5.04 and 15.18 grams, respectively, along with what appeared to be a meth pipe, per court documents.

Barber was arraigned on Aug. 10 for felony possession of a controlled substance with a bond of $5,000. At the time of reporting Tuesday morning, she was still incarcerated.

A conviction of felony possession of methamphetamine is punishable by imprisonment of up to 20 years, a $25,000 fine, or both.