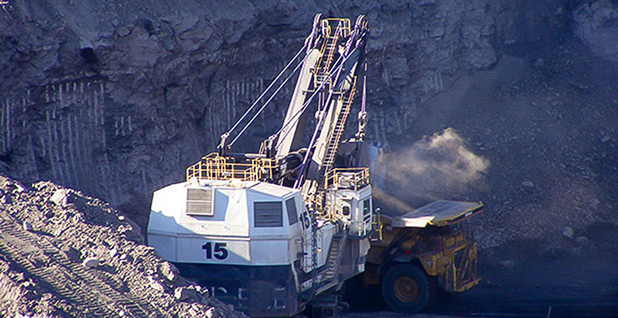 Campbell County Commissioner Rusty Bell was not surprised by a recent report saying that coal counties could lose up to 20% of their revenues if the coal industry continues to decline. The report, by the National Bureau of Economic Research (NBER), pretty much outlined the grave scenario facing the Powder River Basin (PRB).

“We knew this was coming, and we’ve known for years,” Bell said Tuesday.

The NBER report, authored by Adele Morris and Siddhi Doshi of the Brookings Institution and Noah Kaufman of the Columbia University School of International and Public Affairs, incorporates computer modeling and observation of industry trends over the past several decades to outline some of the barriers facing the industry.

For starters, the difficulty of coal remaining competitive in an energy environment where natural gas prices have remained low for several years. Now, coal ranks second to natural gas as the primary fuel for energy plants nationally.

The decline in natural gas prices, coupled with fears of increased governmental regulation, makes coal less competitive than it was between the 1960s and the early 2000s, when coal consumption tripled in the U.S.

The report goes on to speculate that coal production and consumption could decline by additional 15-25% below 2018 levels within the next decade based on an increasing demand for renewables.

For decades, Wyoming has dominated the coal market. The PRB is home to the world’s largest coal mine and produces 40% of total US coal, per data from the US Energy Information Administration (EIA). Coal production and distribution accounts for approximately 20% of Campbell County’s labor force.

The EIA also estimated that coal production in the PRB could decline by as much as 95% by 2030. A similar study by the Stanford Energy Model Forum is slightly less dire, but still predicts up to a 60% reduction in U.S. coal consumption by the same year.

As such, Wyoming – and Campbell County, in particular – could have a lot to lose.

According to a 2017 special report by the Campbell County Board of Commissioners, of the $5.3 billion in total county-assessed property valuation in 2016-2017, 89% was from oil and gas production and coal mining production and transportation facilities.

Recouping the cost of this lost revenue weighs heavily on the minds of Bell and other local leaders. For his part, Bell believes in the long-term viability of the coal industry, despite the grim forecast.

“The Powder River Basin produces the vast majority of coal in this country, and that won’t change,” he said.  “Still, there have been challenges.”

Bell cited COVID-19, with its resultant business shutdowns, and large-scale reductions in energy consumption, which put a damper on how much coal is used.

The coal industry has taken a particularly severe hit during the COVID pandemic. According to a July 15 Moody’s Investors report that points to an industry very susceptible to a resurgence of the disease and a corresponding reduction in energy demand to follow, Moody’s predicts that consumption of coal could fall more than 30% in 2020, potentially resulting in a weak second-quarter earnings for coal producers. The same report also predicts that lower export volumes compared to last year’s figures may translate into significantly lower thermal coal prices.

Regardless, Bell doesn’t believe this spells the death of coal.

But Campbell County needs to have some important conversations about the future, he added.

Coal has footed the bill for years, and one of the challenges the community will face if we drop production by 15-20%, he said, is that we’re still providing the same services we’ve been providing to the same number of people, but with less revenue.

“We are blessed here with great infrastructure and an amazing labor force,” he explained. “We have a huge skilled labor pool.”

Bell also said it’s important for the county to set the table for businesses to expand here, mentioning rare earth minerals procurement as just one of many industrial applications for which the area is well suited.

Recruitment of manufacturing industries is also a top priority.

“We need to be willing to find opportunities to diversify,” Bell repeated.

Rob Godby, director of the Center for Energy Economics and Public Policy and associate professor of economics at the University of Wyoming, agreed.

Though he hadn’t yet seen the report himself, he knew of it and that they’d been working on it for a long time.

“I’m familiar with their work,” he said by phone from Laramie Wednesday. “The point is that, whether the numbers in the report are accurate or not, the trend is real.  The PRB will produce about 200 million tons of coal this year. In 2010 it produced over 430 million tons.”

Godby questioned whether it’s really relevant whether there’s no coal or less coal.

“In context, we produce half of what we did a decade ago,” he explained. “The question we should ask is how do we deal with a future that has less reliance on coal? How can we be less reliant? What are the opportunities?”

Godby posited that the proper response might be that, while we hope to ride coal as long as possible, we should hope to develop new technologies to create coal demand and expand into new manufacturing areas, some of which may not be coal-related.

“Coal is in disfavor right now,” Reardon said. “Everybody is trying to put coal out of business.”

“We see half of the demand for coal now that we saw at its peak,” he explained. “And I believe it will continue to trickle down for a while. But as coal fired power plants are shut down, other energies will go up. Anybody who thinks (renewables like wind) can power the U.S. by themselves is being foolish. The baseload power is just not there.”

When asked whether he thought coal companies could survive, Reardon said he’s positive they can, if they can hang on during this downturn. He pointed out that coal, like every other energy source, has a history of up-cycles and down-cycles.

“We can still burn coal as an energy source, and we can do it cleanly,” he said, pointing out that the Dry Fork Station power plant, north of Gillette, is one of the cleanest in the world, let alone the United States. “Dry Fork is proof that we can burn coal and still protect the environment.”

Reardon acknowledged the need to attract new and different types of industry to Campbell County.

“If a coal mine shuts down, they may lay off 500 people,” he said. “It’s hard to imagine bringing in another industry that will employ those people.  But if we attract ten businesses that employ 50 each, we make up for that.”

“We’re in a bad spot right now,” he said. “But over the next five to ten years that will turn around.”

Stay tuned for upcoming articles on County 17 that delve into the future of fossil fuels, energy and other emerging technologies currently in the works in Campbell County.