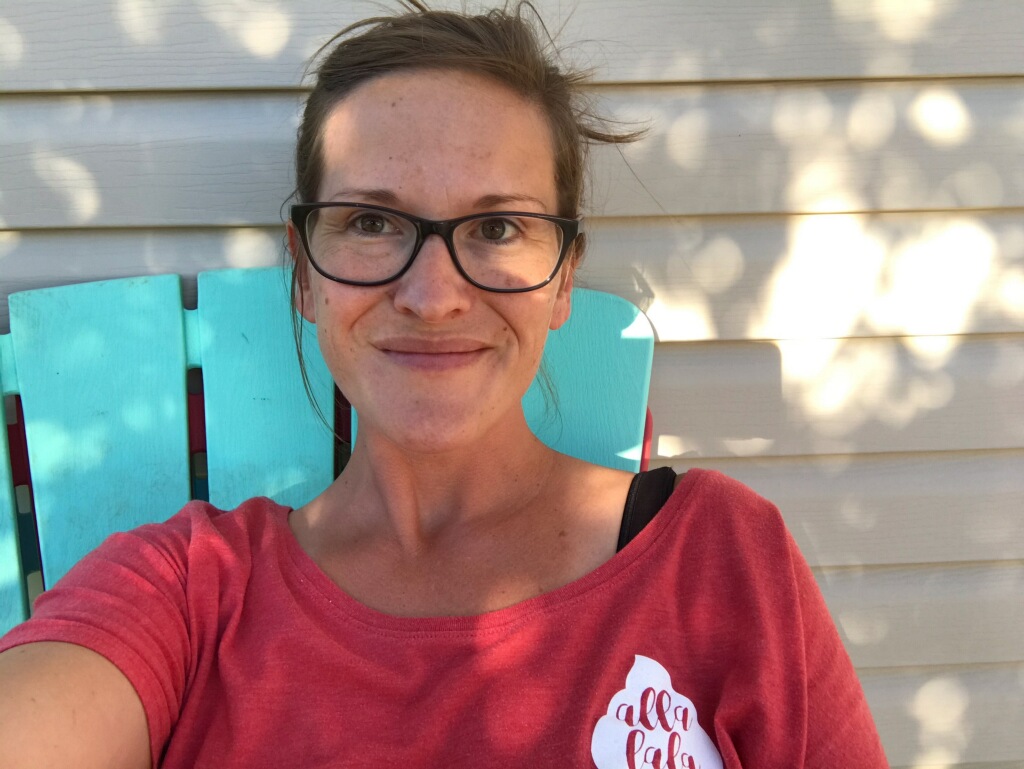 Local businesswoman and owner of Alla LaLa Cupcakes and Sweet Things, Laura Chapman, scrolls social media on her phone  prior to being selected Tuesday night to fill the Council seat.

Chapman will replace former councilman Shay Lundvall, who resigned June 10 at the urging of Mayor Louise Carter-King and the council over complaints about posts he “liked” on his personal Facebook page.

Chapman will serve the rest of Lundvall’s term, which is up at the end of the year, and will be sworn in  Tuesday, July 7 at City Hall. She was one of seven applicants who sought to fill the seat. After a series of 20-minute interviews Tuesday, the council decided that Chapman was the best person for the job.

With only two months remaining before election day, Chapman applied to serve the remainder of Lundvall’s term. However, according to Chapman, she had planned on running as a write-in candidate for the Ward 3 seat since before Lundvall’s social media scandal was brought to light.

“Lundvall was the only person on the ballot for Ward 3 this year,” she explained. “I don’t have any personal or political vendettas against him. I just think people deserve to have options when voting.”

Since the announcement broke last night, Chapman said that controversy about her appointment has already erupted on Facebook. She explained that since the two out-of-town females who authored the letter criticizing Lundvall were her friends, several people in the community have accused her of organizing the resignation.

She denied that accusation vehemently.

“Yes, they are my friends, so now, there are these conspiracy theories going around about me,” she said,” but I didn’t know about the letter until everyone else did.”

Chapman went on to say that when she noticed a vacancy in Ward 3, she perceived it as “an opportunity to serve my community.”

Chapman has deep roots in Gillette and is the owner of Alla Lala Cupcakes and Sweet Things downtown. Before moving back to Wyoming, Chapman worked in Arizona in marketing and development for an advanced technology company for 11 years.

She served as a merchant on the Gillette Main Street Board and also spent a short tenure on the AVA Art Board.

Chapman’s fascination with politics stems from her longing for a more tight-knit community.

“My favorite part of owning Alla Lala is engaging with my customers,” Chapman said. “I’ll be closing down shop in August to focus on my family, and I thought the council would be the perfect way to maintain my presence in the community.”

For Chapman, earning a position as a public official grants her an opportunity to practice active listening, she said.

“Governance is here to listen to their people and create a space where everyone can be heard and listened to.”

Chapman said that under the circumstances, she feels a bit nervous for her new role, but explained she never shies away from a challenge.

“I’m no stranger to diving into scary situations headfirst,” she said.