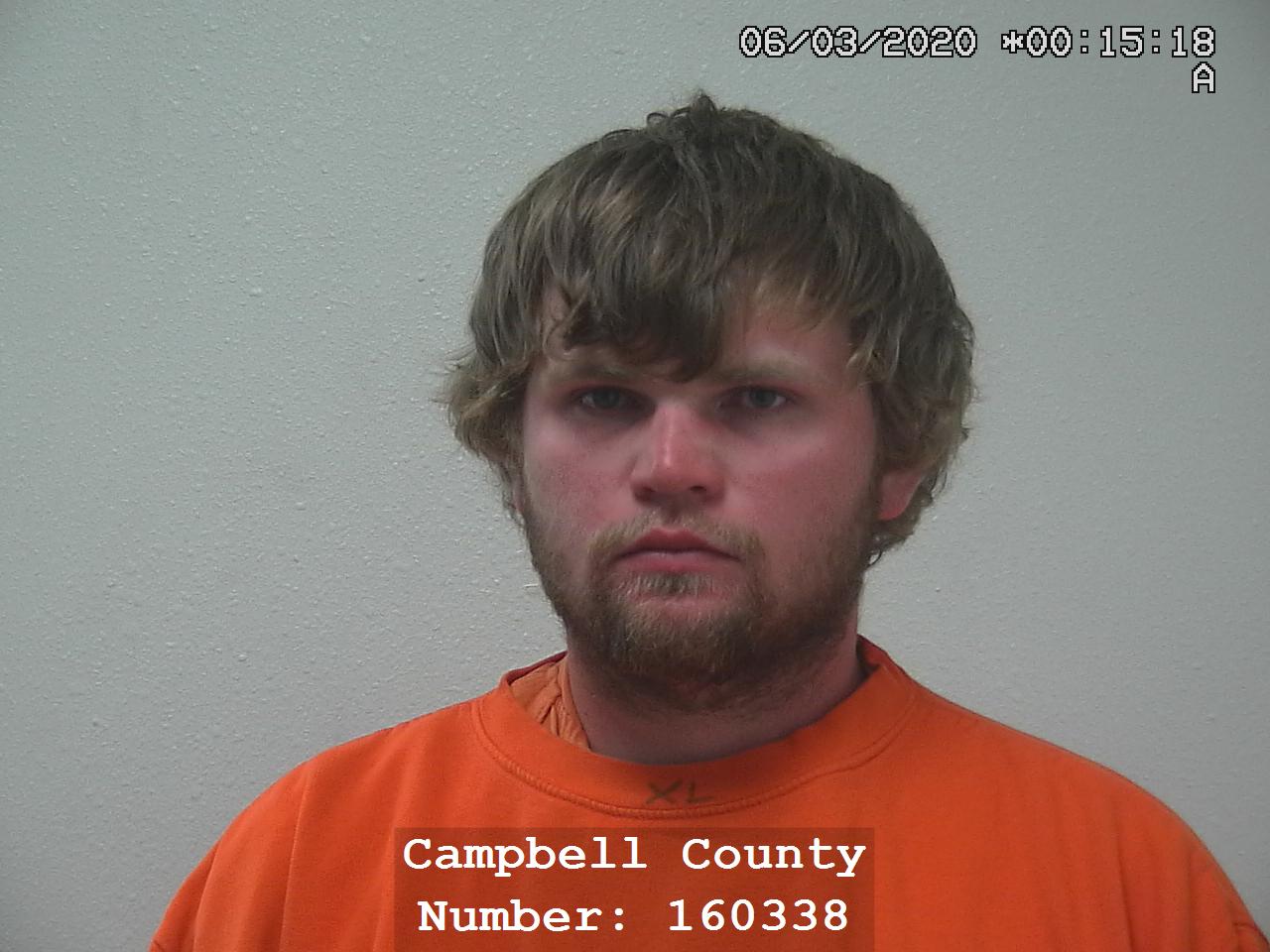 Joshua Campbell was arraigned Thursday, June 4, in Campbell County Circuit Court of the Sixth Judicial District for the death of 21-year-old Tanner Miller two days prior. Campbell, 21, was given a “no plea” by Judge Paul Phillips for the charge of manslaughter.

The charges stem from the shooting death of Miller on June 2. That evening, dispatchers with the Campbell County Sheriff’s Office received a 911 hang up call at approximately 9:30 p.m. When calling the number back, Campbell allegedly told the dispatcher than he had shot an intruder, according to the affidavit of probable cause filed in the case. Campbell then reportedly said that the man, his friend Tanner Miller, had been shot and that another friend, Alex Macilravie, was also present in the apartment.

Miller was transported by EMS to Campbell County Memorial Hospital where he later died, according to court documents.

The three boys and another friend had met for dinner earlier that night, according to an account provided by Macilravie to Gillette Police Department Corporal Dan Stroup. At dinner, the boys had drinks, Macilravie said, at which point the four had separated and Miller, Macilravie and Campbell returned to Campbell’s South Fork Apartment after procuring more alcohol. Miller had driven separately, according to Macilravie’s testimony as presented in the affidavit of probable cause, and the other two boys arrived first and decided to play a prank by turning off all the lights in the apartment and using rifles to scare Miller when he eventually arrived.

Macilravie told police that he’d checked the 30-30 rifle in his hand but could not say whether Campbell had likewise checked his AR-15, court documents stated.

When Miller arrived at the apartment, he attempted to enter the locked door several times, per Macilravie’s account, until Campbell finally unlocked the door, and Miller was able to enter.

When Miller entered, Campbell allegedly shot him, Macilravie testified per court documents. He then said Campbell had told him to leave, but when a neighbor stopped him in the outside hallway, Macilravie returned to the apartment where he waited for police with Campbell.

Campbell reportedly told officers he would rather not answer questions until his attorney was present, after reportedly initially telling police that he feared for his life after the person at the door had not responded to Campbell’s query and instead had “come through my door very fast.”

Campbell was given a “no plea” at his arraignment in Circuit Court by Judge Phillips and was bonded out of the Campbell County Detention Center on a $50,000 bond. His preliminary hearing is set for June 14, 2020.

Manslaughter is a felony and carries with it a punishment of up to 20 years in prison and a $10,000 fine, according to Wyoming Statute.