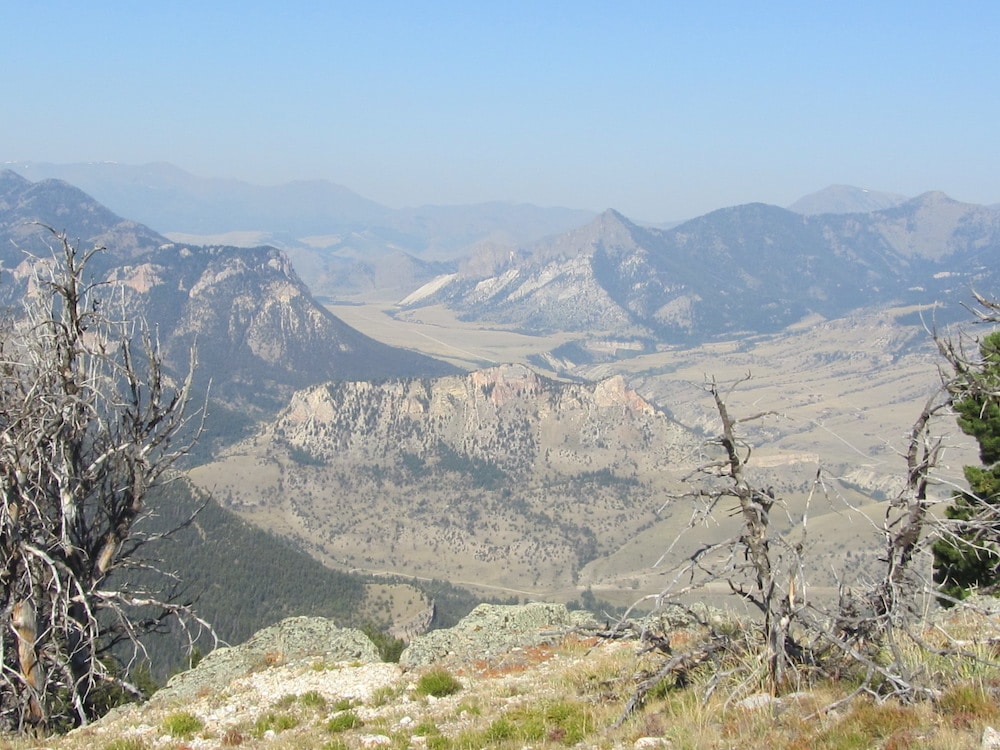 Wyoming’s current coal market decline coincides with a sudden national awareness of the serious shortage of certain critical materials, including several with deposits located in the state.

With residents and lawmakers scrambling for new economic avenues, could Wyoming be the nation’s new go-to source for rare earth elements that now come mainly from China?

Last week, U.S. Sens. Mike Enzi and John Barasso sent letters to the Secretaries of Defense and Interior urging the Department of the Interior “to support the full range of domestic rare earths supply chain development, from extraction through separation and purification into the magnets, metals and alloyed forms of rare earths that are critical to our advanced weapons platforms.”

The Wyoming senators, joined by four others, stated, “It is clear that our dependence on China for vital rare earths threatens our U.S. manufacturing and defense industrial base.”

Wyoming hosts at least one deposit of these elusive minerals. Proven reserves from past exploratory drilling indicate that if the Bear Lodge project in Crook County were up and running, it could be the nation’s premier domestic source for rare earth elements. Other deposits containing uranium, lithium and helium exist around the mineral-rich state.

President Donald Trump signed an executive order in late 2017 calling for greater federal support for exploration and development of these resources, as well as for streamlining onerous permitting processes. The order launched the first stage in taking stock of U.S. critical minerals locations and inventory, the Earth Mapping Resources Initiative, a federal and state project started last year and overseen by the U.S. Geological Survey.

A goal is to produce geologic intelligence to help motivate action by the private sector.

Well ahead of the federal initiative, the Wyoming Legislature in 2013 tapped the Abandoned Mine Land Fund for the Wyoming State Geological Survey to conduct a study and inventory of critical minerals and rare earth elements. After the list of 35 critical materials was published in the Federal Register, the WSGS reported in 2019 that the state’s “greatest critical-mineral development potential is in uranium, helium, rare earth elements and titanium … There is also potential in vanadium and the platinum group elements.”

But whether these turn into viable economic opportunities for a state long dependent on mineral extraction remains to be seen.

Probably the most significant materials on Wyoming Geological Survey’s list are the rare earth elements. The Bear Lodge deposit in northeast Wyoming appears to have significant potential to aid domestic supplies of materials crucial to consumer electronics, military and aerospace applications such as precision-guided missiles.

“Without access to such minerals, our precision-guided missiles will not hit their targets, our aircraft and submarines will sit unfinished in depots, and our war-fighters will be left without the equipment they need to complete their missions,” Jeffery A. Green wrote in Defense News in 2018

Enzi and Barasso, in their letters, also cited an October 2018 Defense Industrial Report which stated that “China represents a significant and growing risk to the supply of materials deemed strategic and critical to U.S. national security,” which could pose “a grave risk to our military readiness.”

Green, founder of the non-profit Strategic Materials Advisory Council, noted that China has dominated the world supply of rare earth elements, and that the only domestic U.S. rare earth mine and processing facility at Mountain Pass in southern California’s Mojave Desert was a great hope turned sour.

Revived in 2008 by Wall Street investors and encouraged by the Pentagon, the Neo Materials-Molycorp mine and mill collapsed into bankruptcy in 2014. Writing in Defense News last November, Green observed, “Unsurprisingly, the majority of Neo Materials’ revenue-producing operations are now in China. To make matters worse, the Mountain Pass mine was purchased out of bankruptcy by a consortium that included a Chinese-owned firm.”

Wyoming’s Bear Lodge project, helmed by Rare Earth Resources of Denver, was well along in its permit process and on the verge of filing a draft environmental impact statement when it was stalled in 2016 due to lack of cash. The company conducted extensive exploration drilling to define the quality and quantity of its Bear Lodge rare earth claims. Ambitious plans for mining, processing and employment of some 150 workers fizzled into abeyance.

But by 2017, the company reported receiving a $4.7 million option-commitment from Synchron, a subsidiary of General Atomics Corporation. At the time, Randall J. Scott, President and CEO of Rare Element, stated in a news release, “With this investment, and the valued input of the investor’s director-nominees, the Company will develop and execute on a plan to progress the project. Our vision is for Bear Lodge to be the next rare earth producer in the United States.”

WSGS manager of Energy & Mineral Resources Division, Ranie Lynds, says the rare earth minerals boom is not here yet, but it’s a work in progress.

“Beyond a handful of public inquiries, the primary interest in rare earth elements has been through the USGS’s Earth MRI program,” Lynds said. “REEs were the primary research target for this program during fiscal years 2019-2020. We expect REEs to remain as high-priority Earth MRI research targets in the coming years, and as such, we expect REE research and exploration to continue in Wyoming.”

Wyoming has led the United States in uranium production for several decades and continues to do so despite a depressed market, the state geologist reports. But not much new is happening, despite federal concern over reliance on imports.

“Interest in uranium mining and production in Wyoming is significantly less than in previous years,” reports Robert Gregory, uranium project geologist of WSGS. “Only half of the six mine sites in production three years ago are currently producing.

The U.S. Energy Information Agency reports that only 10% of the nation’s uranium is produced domestically.

President Trump recently announced a $1.5 billion, 10-year plan to establish a national uranium reserve. Such a program could help producers in Wyoming, according to Amir Adnani, CEO of Uranium Energy Corp. Speaking at the Prospectors and Developers Conference in Toronto on March 1,  Adani said it has been a “bear market” for uranium for nine years, so the federal support “will surely be a source of stimulus for rejuvenation for the uranium mining industry in the U.S., which is currently at zero.”

“This is a big issue,” he said. “With our projects in Texas and Wyoming, we’re looking at really being the leader in getting uranium mining back on its feet again.”

Initial excitement over lithium sources discovered by the University of Wyoming’s Carbon Management Institute near Rock Springs in 2013 was later deflated.

Lithium is a key component of many modern storage batteries, plus the UW project saw lithium as a potential byproduct of underground carbon dioxide storage from oil and gas production.

The WSGS 2015 report on its extensive statewide survey concluded that the lithium finds in the Rattlesnake Hills of central Wyoming were far behind those of Kings Mountain Mining District in North Carolina, and that even those reserves “cannot compete with lithium salts extracted from high grade brines produced in the Atacama Desert in Argentina, Chile, and Bolivia.”

Extraction of lithium from Wyoming’s small Black Mountain deposit, the report concludes, “is therefore highly unlikely. Neither is it likely that other hard rock or sedimentary occurrences of significantly lower lithium concentrations can compete economically with any currently mined lithium deposits around the world.”

The hope for Powder River Basin coal as a source for lithium also appears to be a pipe dream, according to the WSGS report: “The low lithium concentrations typically found in Wyoming coal combined with other factors do not appear to indicate any economic potential for lithium extraction from coal combustion products.”

Wyoming’s helium production from the LaBarge natural gas field in Sublette County, however, puts the state as No. 1, delivering 43% of the national supply. The helium is extracted from natural gas at Exxon-Mobil’s Shute Creek gas plant in Lincoln County.

As a recognized critical material with the lowest boiling point of any element, helium is valued for its applications of cooling magnets in MRI machines as well as in aerospace and scientific devices.

Federal aid to mining is hardly a new concept. The tradition stretches back to 1870, when Wyoming Territorial Gov. John Campbell convinced the U.S. Army to build a fort, Camp Stambaugh, near the gold boom camps of South Pass City, Atlantic City and Miner’s Delight to protect miners, settlers and neighboring Shoshone from Sioux raids.

According to Trump’s 2017 executive order, “This dependency of the United States on foreign sources creates a strategic vulnerability for both its economy and military to adverse foreign government action, natural disaster, and other events that can disrupt supply of these key minerals.” An increase in private-sector domestic exploration and production, the order continues, will bring a host of economic and national security benefits.

“Undiscovered deposits of at least some of these critical and strategic minerals almost certainly exist in the United States, but mineral exploration by the private sector is hampered by the lack of modern geological, geophysical, and topographic data,” the USGS Earth MRI team declared in late 2019. “In contrast, governments of other countries provide such datasets to the public and private sectors.”

A new federal incentive program for mineral exploration could also have the potential for stimulating location, identification and quantification of reserves and development of critical minerals in Wyoming.

Green, of the Strategic Materials Advisory Committee, in November expressed a common industry frustration: “Reducing red tape and bureaucratic inertia will lower costs and reduce risk — there is no reason that permitting a mine in the United States should take five times longer than it does in Canada or Australia.”

As the USGS MRI team noted, “Studies in Australia and Canada have reported that investments by their federal government in these basic geologic and geophysical datasets can be expected to lead to investments five times as large by the private sector.”