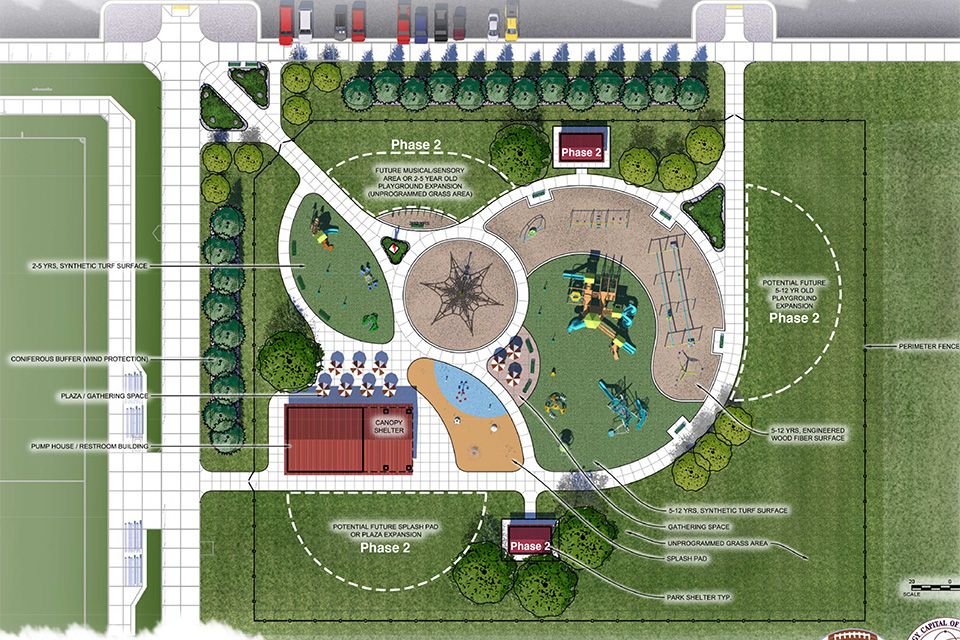 After moving back the effective date for water and wastewater rate increases at its April 14 meeting to July 1 from May 1 upon feedback from city staff, the council returned to staff’s original May 1 rate increase date last night.

According to information in the council’s agenda packet, “The typical residential utility customer in the City of Gillette will see an average increase of 2.8% on their utility bill, or $5.14 per month, from $183.08 per month (existing) to $188.22 per month (proposed).”

According to City Administrator Patrick Davidson, delaying the rate increases from the original May 1 date to July 1, would create a deficiency of about $210,000 in the wastewater fund for the upcoming year. Ultimately, that $210,000 would need to be made up at a later date. Davidson added that city staff anticipate an additional rate increase will already be necessary next year, even with the proposed increases, and that delaying would augment the necessary increase in rates for fiscal year 2021/2022.

The council had significant discussion of the matter with Councilman Tim Carsrud advocating strongly for delaying the rate increase.

“People are laid off from jobs. Hours have been cut,” Carsrud said. “We’ve got hairdressers that are independent business owners that don’t qualify for this government assistance because it’s them and they have been without pay now going on six weeks. There’s people out there hurting and I think this it’s very poor timing if we change this back to May 1.”

“I, in good conscience as an accountant, can’t support an ordinance that would cost $200,000,” he said. “I fully appreciate the fact that people are hurting and are laid off and I see that with my clients and it’s hard and it’s going to be a tough time to get through. But, it also concerns me that we’re going to have to make rate increases, pretty significant rate increases next year, and I’m not of the opinion that it, I realize there will be some pent up demand when everything opens up again, but I’m not of the opinion that it’s going to just snap back to where we were. It’s going to take some time to get over these negative oil prices and all of the weird stuff that is going on in the economy right now.”

The City Council also considered awarding a bid for the Energy Capital Sports Complex All-Inclusive Playground, Splash Park, and Pump House/Restroom Facility Project to Powder River Construction, Inc. for a total amount of $2.5 million. The engineer’s estimate for the project was over $2.8 million.

The project also includes a splash park, restrooms, and concession areas. The project is slated to be substantially complete by Nov. 30, but Mayor Louise Carter-King asked the contractor, Lance Walker with Powder River Construction, Inc., if the firm would work to get the all-inclusive park done earlier this year, so it could be enjoyed by citizens this coming summer.

Walker noted during comment that the firm had utilized all local contractors for the project when bidding with the exception of the vendors for the all-inclusive park and the splash park.

Councilmen Nathan McLeland, Brown, and Carsrud spoke to a need to delay the project given the local economy.

“Looking at our projects, I feel this is a situation, is a project, we can hold back on,” McLeland said. “Keep our powder a little bit dry just given the uncertainty that is out there.”

When the discussion ended, the council’s vote was split 3:3, with Councilmen Brown, Carsrud, and McLeland voting in the negative and Councilmen Shay Lundvall, Billy Montgomery, and Neary voting to award the project. Mayor Carter-King broke the tie and the project was awarded to Powder River Construction, Inc.

The last item for consideration by the council Tuesday evening was a change order to add a fourth turf field with lights to the already awarded Energy Capital Sports Complex Multi-Purpose Fields Project. The existing project includes three fields and a parking lot and supporting infrastructure. The change order amount would have increased the contract with DRM Inc. by nearly $1.5 million.

The council’s agenda packet included an analysis from city staff indicating that doing the project now rather than later would save around $300,000.

Ultimately, given the instability in the economy as discussed, the council unanimously rejected the change order to add the fourth turf field.

Mayor Carter-King further read a statement regarding the council’s decision to award the bid for the All-Inclusive Playground, Splash Park, and Pump House/Restroom Facility Project.

“Tonight, the Gillette City Council agreed to move forward with the All-Inclusive Park at the Energy Capital Sports Complex. This was a very difficult decision for us to make,” she said. “We have been working on these plans for some time now and we agree that moving forward with these plans is the best long-term course of action for our community. We received favorable bids, so there will be cost savings from the engineers’ estimates. And it will put people to work which is what we need right now.”

“We know that people are hurting now. Even before the COVID-19 virus reared its ugly head, our extractive industries were suffering the effects of changes in the global economy. Some say that it’s time for us to slow down or stop improving our community. We hear that every time there is an economic slowdown in our local economy. If we stopped progressing because things slow down or they might slow down, we wouldn’t get anything done and that just isn’t the Gillette way. We have always moved forward and got the job done.”