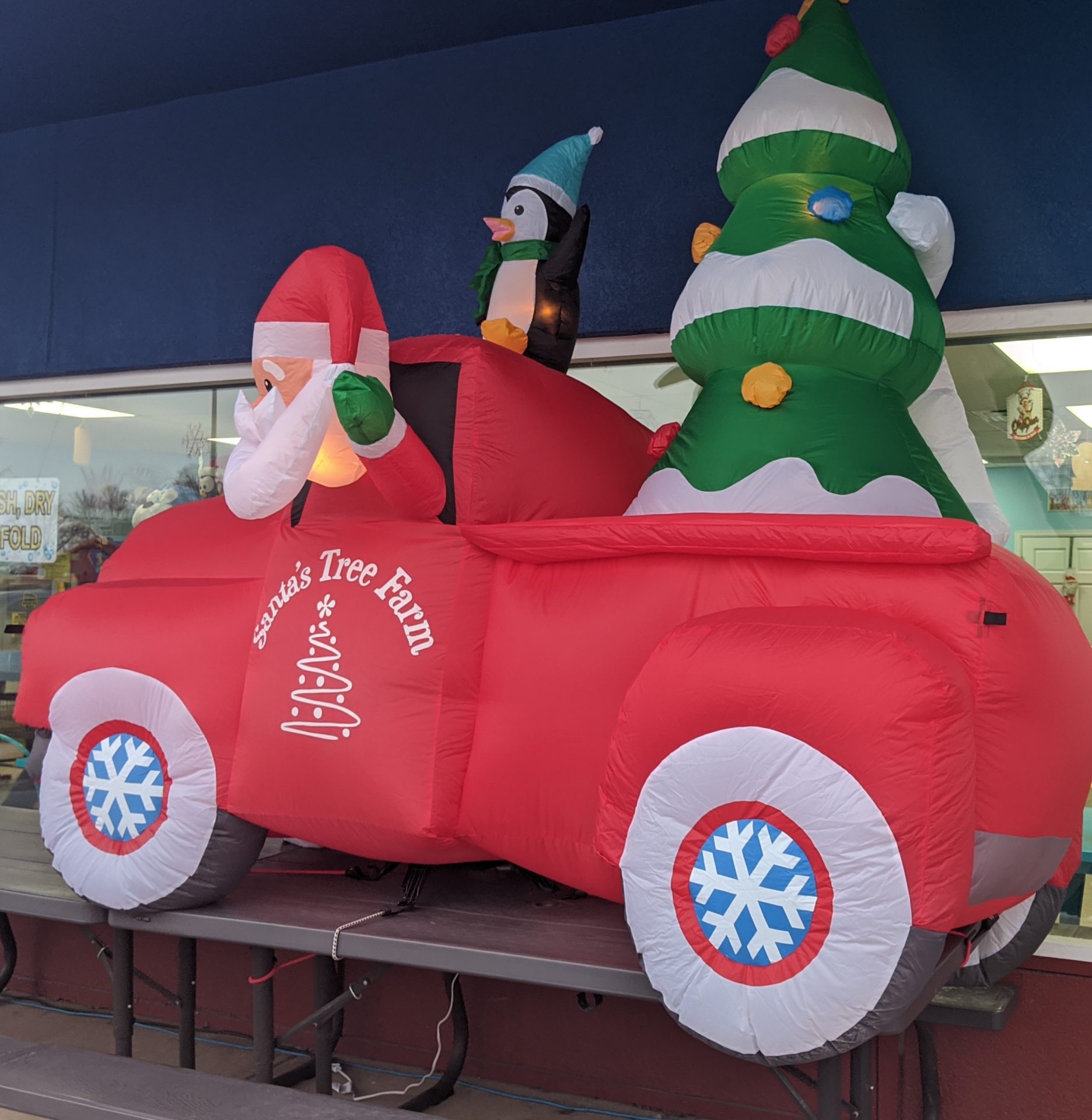 She’s just returned from Menards with an 8-foot Frosty the Snowman inflatable to replace the 9-foot Santa that was stolen by “some Grinch” last night from her 4 T Pawn store on Lakeway Drive. Her first snowman replacement had a defect, but she’s hoping to have better luck with this one that will go outside later today.

For her, it’s not the loss of the money as much as it is an affront on the holiday season in a community that otherwise goes out of its way to spread the Christmas cheer.

“I wanted to share Santa with the town,” she said, “so people could drive by and smile.”

In her 25 years at the store, this was the first time she’d ever let her inflatable decorations stay out overnight. Typically, she’d deflate them every day and bring them in for the night. At nearly 9-feet tall with the girth of a small polar bear, she figured Santa could handle the nights on his own. Not only had she tied him down securely, but he was solid enough to withstand Gillette’s inclement winter weather.

She hadn’t counted on a thief stealing him, but she’s hoping her snowman can fill Santa’s shoes. She’s also beefing up her security cameras, so stunts like this don’t happen again.

“I’ll catch them next time,” she said with a sly smile.

Across town on Richards Avenue, Surf ‘N Suds owner LaShawn Foulkes sat on the big yellow steel box where her enormous, furry 10-foot Teddy Santa once occupied. Like Toth, her inflatable was stolen over the weekend at some point between Friday night and Saturday morning.

An employee called to tell her it was missing, despite the fact they’d secured it tightly with rope and bungee cords. Only the cords remained, though the thief left the neighboring inflatable Santa and his red truck with penguin and Christmas tree in tow. She had security cameras in place, so now it’s just a matter of scanning the footage.

She, too, was upset not by the dollar amount but by the fact that someone had taken something that had brought so many people joy, including her grandchildren. She and her staff go out of their way to decorate the laundramat for all holidays, especially Christmas, to make people feel at home, particularly those out-of-town and temporary workers living in apartments or fifth-wheel trailers who don’t have room for their own trees and decorations.

“We like to spread cheer,” she said. “We do this for others because we want people to feel at home.” 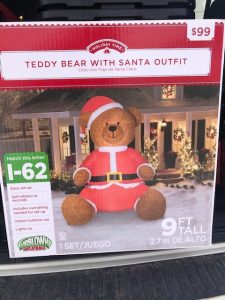 The recent thefts are isolated occurrences, according to Gillette Police Department Lt. Brent Wasson, who thinks they maybe have had about a half-dozen reports of missing inflatables this season from homes and businesses, including Surf ‘N Suds and 4 T Pawn.

“It’s definitely not a rash,” he said. “We have had some isolated reports of thefts, but I can’t recall a night that it has happened more than once.”

Any type of lawn decorations are ripe for thieves year-round, he noted, though it’s not a common event.

As far as Foulkes is concerned, she figures it is a bunch of kids trying to outdo one another by what they can steal.

“It’s probably some kind of challenge,” she said, “and it needs to be stopped. Kids are too bored these days. Have them come down here, and I’ll put them to work shoveling snow.”