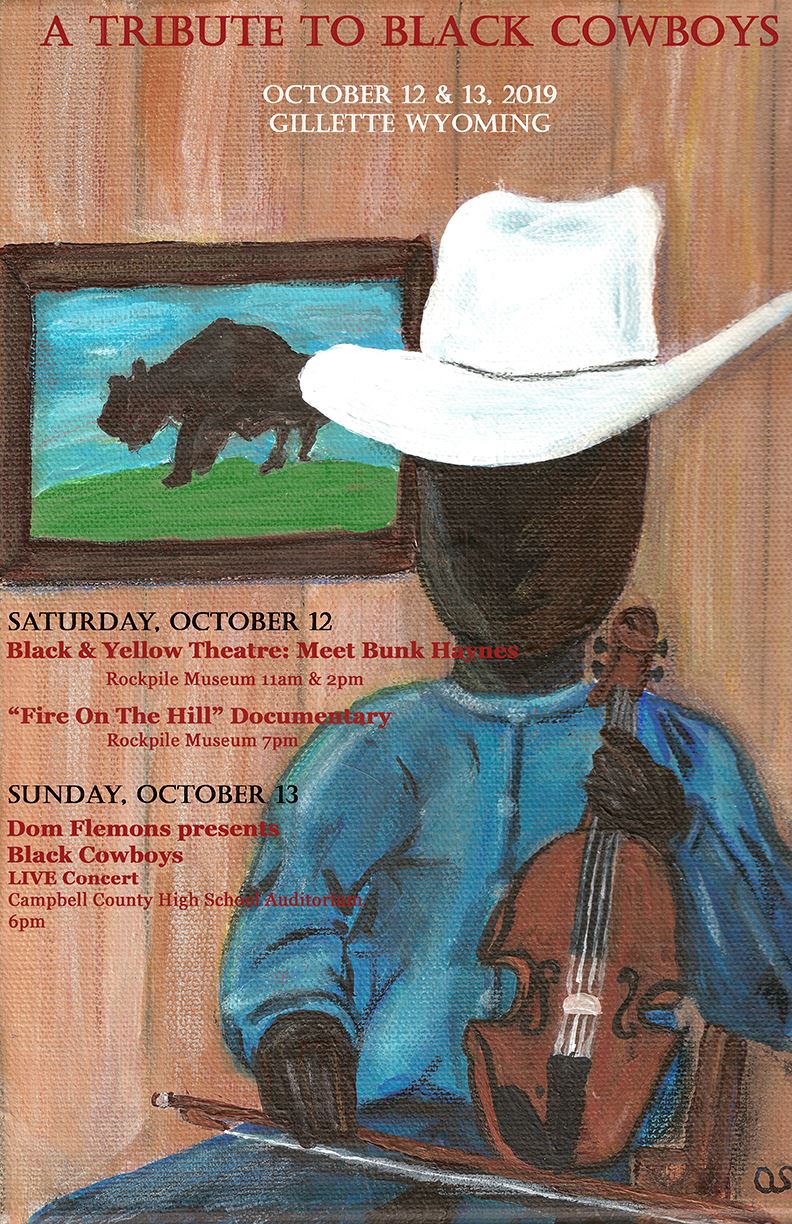 Image courtesy of the Rockpile Museum

The Rockpile Museum is celebrating diversity by highlighting the state’s African-American community with two special exhibits: one spotlights a lost town, the other features theater performances and a concert. Several pieces from the Black American West Museum & Heritage Center in Denver are also on loan to the Rockpile through Sunday.

Upon moving to the Gillette area, one of the first things that Museum Educator Stephan Zacharias was told was that there isn’t much diversity in history here. Curiosity peaked, Zacharias went digging and found both Mexican and African-American historical diversity in Campbell County’s history, which prompted the current Rockpile displays.

The first special exhibit, on loan from the Wyoming State Museum in Cheyenne, highlights Empire, Wyoming, a town that is no longer in existence today, which was located northeast of Torrington a mile from the Nebraska border. This display has been extended through Nov. 9.

Empire, Wyoming was “founded in 1908 by African-American families who came from Nebraska to build a racially self-sufficient, politically autonomous community in the Equality State,” according to an Aug. 8, 2016, article by Robert Galbreath on wyohistory.org. The town was in existence until the mid-20s, and many of its settlers had fled the post-Civil War conditions of the South.

“The Black Cowboys of Campbell County,” exhibit features highlights of several early Campbell County pioneers, and will be a permanent fixture at the museum, according to Zacharias.

This weekend, “A Tribute to Black Cowboys” will be shown twice in the Rockpile’s “Black & Yellow Theatre: Voices of the Powder River Basin” at 11 a.m. and 2 p.m. on Saturday in the Campbell County Room Saddle Exhibit.

Also this Saturday, a special screening of the award-winning documentary “Fire on the Hill: The Cowboys of South Central L.A.” will also take place at the Rockpile at 7 p.m.

Admission to all events are free to the public. For more information, contact Stephan P. Zacharias, museum educator, at SZacharias@ccgov.net.