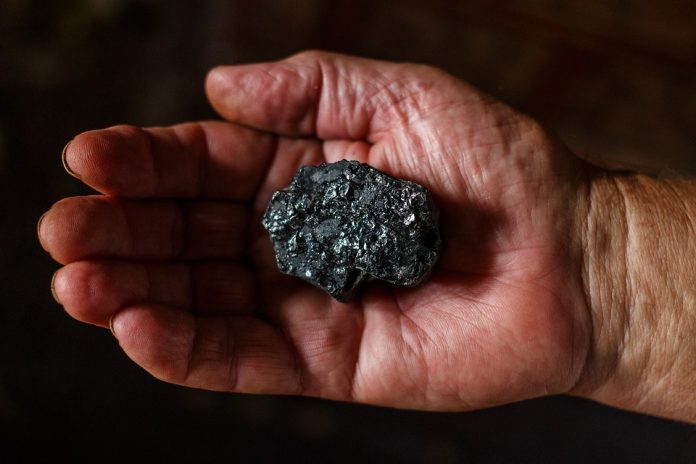 In 2019, County 17 is embarking on a new endeavor to spotlight those in our community who go above and beyond to make a difference; those shining stars, or diamonds in the rough that aren’t just surviving, but working to help themselves and others thrive in Campbell County.

Each month, we will bring you one of these stories. If you know someone who stands out in a crowd, feel free to send us their name and contact information at tips@county17.com.

As Thunder Basin High School senior Meghan McEntee found out the hard way, it can be pretty troubling when someone you know and care about writes what appears to be a goodbye note on Instagram, and you’re not quite sure if it means what you think. This happened to her last year when a person close to the person in question came to her with a heavy heart. Luckily, McEntee had been trained on what to do and immediately called her advisor, TBHS Counselor Amy Himes, and then notified the police to do a welfare check.

This time it worked, and they were able to get that person help in time.

It’s no secret that teenage years can be dramatic and overwhelming, and that many teens prefer to suffer rather than reach out for help. Stigma, fear of seeming needy, or just an inability to talk about problems can often be the culprits. Most kids aren’t going to talk to adults or parents about the inner anxieties plaguing them, and in some cases, take matters into their own hands by ending their lives.

Enter the Hope Squad, whose mission is to be the eyes and ears for students who, for whatever reasons, appear to be struggling.

According to a 2018 report from the Wyoming Injury and Violence Program, 20 percent of Wyoming sixth through 12th graders reported they had seriously considered attempting suicide, while 10 percent reported having made an attempt in the past 12 months. Others have been successful, including two students last year in Campbell County.

Now in its fourth year in the Campbell County School District, Hope Squad is the brainchild of Dr. Gregory Hudnall, a former high school principal, student service director, and associate superintendent with the Provo City School District in Utah, who has been championing teenage suicide prevention for the past two decades. Hope Squad is a peer-based support program that empowers students to take action to prevent suicide. By partnering with school counselors and other mental health agencies with a curriculum of training and activities, students are trained to identify suicidal behaviors and are armed with the skills to lead their peers to help. Members of Hope Squad are nominated by classmates as trustworthy peers to act as an intermediary and report students who seem to be struggling, or are at-risk for suicide, to counselors and adults.

Both Thunder Basin and Campbell County High Schools have programs in place with more than 20 members at each school, and other schools in the district have or are in the process of also implementing programs.

For TBHS juniors Jake Stroup and Morgan Percifield, it was an honor to be chosen by their peers for the position. Seniors Chris Richter, Meghan McEntee, and Sophomore Kendra Michael agreed. All come from far ranging social groups with different friends and activities, which they think is the one of the cool parts of being on the squad. Now, they’re all like one big family, who together through the experience see the world – and themselves – in new a way.

For starters, being on the Hope Squad has taken them all out of their comfort zones. Instead of just talking to their pals, they now go out of their way to talk to everyone, especially kids who seem to be struggling in class, are alienated, or just having a hard time. Now that they’re versed in QPR Training, which teaches people to question, persuade, and refer as tools for suicide prevention, they now look at various behaviors in a new light and have a whole new understanding of the many ways that people might be signaling distress.

“One small act of kindness can make a big difference in a person’s life,” Morgan said. “You might be the only person who smiles or talks to that person that day.”

Meghan nodded her head in agreement. “Just acknowledging a person or complimenting them on their outfit or asking them if they’re having a bad day can make a world of difference,” the self-described “mom” said. She’s been a youth counselor at her church prior to being nominated and feels compelled to the role of helping others and going out of her way to make sure other teens are okay.

Chris had a harder time opening up socially when he was first nominated. “I wasn’t very good at talking to people or being in social situations,” he shrugged. Now, he’s comfortable going up to people he wouldn’t normally talk to and reaching out in conversation.

At school, the five Hope Squad members say they see a lot of kids struggling under pressure from teachers, coaches, or parents – or just trying to find their place among the various cliques. Social media is a problem in some cases, but in others can be a tool for helping people reach out in moments of distress.

Along with being the ears and eyes, they also do outreach and education and regularly do things at school like greet their fellow students in the morning with candy and high-fives, which admittedly, some kids go out of their way to avoid.

“Some people definitely try to duck around us,” Meghan said, “but that’s okay. We’re here to be the light and set an example.”

All agree that despite the sometimes heady commitment and worry over some of their peers, it’s well worth it.

“It’s definitely rewarding,” Jake said, who described himself as having friends across all social spheres and groups. “I have had a sense of wanting to help people before I was nominated, and somebody saw that.”

It can also be hard as Morgan recently learned when she reported someone she thought was struggling to their counselor. That person had initially been mad at her, but for Morgan, shouldering the temporary scorn had been worth it.

“I’d rather have them be angry if I think it’s going to help them,” she said. It did, and a week later, the person was no longer upset with her.

TBHS counselor Amy Himes is proud to see the squad members making such a difference in the school. As advisor, she volunteered to oversee the pilot program at what was then still South campus the first year, because she believed in the program and wanted to be a part of anything that might make a difference in the community with regard to suicide.

“I think the squads have helped make more acceptable the idea of helping each other,” Himes said. “It’s OK to tell a friend or peer that you are worried about them. The students on Hope Squad are truly caring individuals. They want to be there for their peers.”

She feels the program has definitely helped and looks forward to seeing the momentum continue to build.

“A lot of the ’work’ is not necessarily visible and does not gain recognition,” she said, “but lives have been saved.”

Likewise, Campbell County High School Hope Squad Advisor and Counselor Tressa Horning thinks these teens serve a vital role, if just by stepping up to lead by example and let other students know they’re there for them and they care.

Right now, the CCHS Hope Squad also hosts regular events and activities both in and out of school to raise awareness, such as passing out candy, offering messages for students to take what they need, and just stepping up to be lights and sparks of hope, even when it’s not the most popular thing to do.

Some kids think it’s kind of silly, sophomore Emily Krug said, though in the three years they’ve had the program that stigma seems to be lessening as word spreads.

Hope Squad President senior Allison Gingerich has been on the squad since it started and was excited to be nominated by her peers and had heard great things from graduating seniors.

Like the TBHS squad, they go out of their way to talk to people and just check in to see how other kids are doing, which is one of the hallmarks of the group.

For her part, Emily is happy to have an outlet to actively do something to help others combat feelings of helplessness. In the past, she’s had experience with other people who were severely struggling to stay afloat, and if anything, she feels empowered to help them and actively do something to raise awareness in the community and lessen the stigma surrounding suicide and mental health in general.

“I have a new perspective of the signs and what I can do to talk to and try to help that person,” she said. “People really open up and talk to you when you ask them how they’re doing.”

Ani Engle, whose father is a psychology professor, thinks she comes into this with a natural empathy. She, too, struggled to help a friend in crisis and was able to lead that person to a counselor for help with their depression.

All three tout the benefits of QPR and other Hope Squad trainings that have helped them identify signs that they hadn’t really thought about. Like a person wanting to give away all their belongings. Some of the other lessons have been more intuitive, like going out of your way to say “hi” to a person you may not even know.

“When you show a person you care, it makes a big difference,” Ani said.

And together, it’s these little differences that lead to great change.

This Friday, the TBHS Hope squad will be celebrating “Fortitude Friday” to empower students to stay strong and steady through hard times and adversity. If you are interested in purchasing a T-shirt for $10 to show your support, go to: https://thunderbasinhs19.itemorder.com/

Project AWARE to meet Oct. 6 about mental health and more