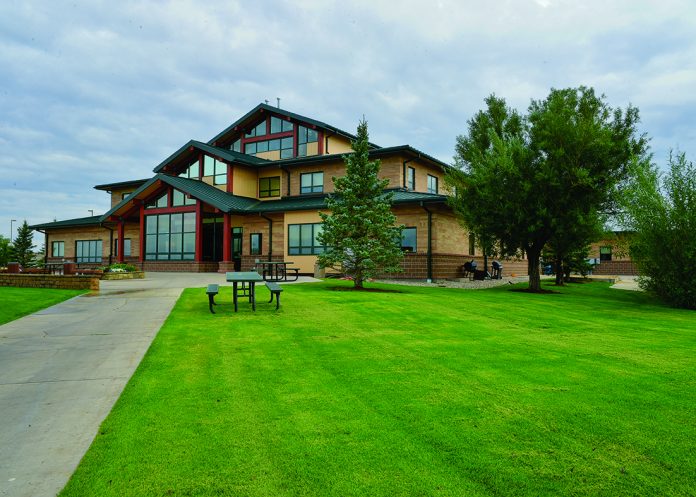 If all goes according to plan, Gillette College could begin offering four-year degree programs as early as fall 2020.

Traditionally in Wyoming, the only higher-education institution permitted by state statute to offer four-year degrees has been the University of Wyoming.

But Senate File 111, passed by the Legislature Feb. 27 and signed into law by Wyoming Governor Mark Gordon March 15, unravels the monopoly on bachelor’s degrees within the Cowboy State.

Gillette College would be able to offer additional routes for students enrolled in associate level applied science programs—such as welding, diesel technology, and machining—to remain in house to pursue the next level of education.

The legislation is especially pertinent to those students whose education credits, pre-SF111, did not transfer to another institution.

“Once you finished an associate of applied science, you either started over or you didn’t go forward,” Gillette College CEO and Vice President Janell Oberlander explained.

The college’s planed BAS pathway would be a means for students to receive the education they need to enter management positions within their fields down the road, Oberlander said.

The point of SF111 isn’t to unseat UW as Wyoming’s only university necessarily, she continued.

But there are a few hurdles that demand attention before Gillette College can take that next step.

The college needs to go through the accreditation process in order to offer the degree, which means developing a curriculum and having it approved by the Wyoming Community College Commission.

“We’re very excited about it and we’re looking forward to that opportunity,” said Oberlander.

During the 2017 campaign for a proposed quarter-percent sales tax to fund Gillette College, which ultimately failed, Englert stressed that over half of the faculty at the college are “in overload situations.”

“There’s a point where we would have no choice but to add more faculty to teach more classes and/or more staff to provide services to students,” Oberlander admitted.

Adding four-year degrees, and finding the appropriate funding for them, adds to the colleges existing financial strain as well.

Englert indicated in 2017 and again in 2018 that the college was severely underfunded, something that remains unchanged in 2019.

Oberlander however, believes that college fees could provide the necessary funding, which would only need to be enough to provide salaries and benefits for new faculty members.

Cowboys to throw down with Kent State in 2021 Potato Bowl