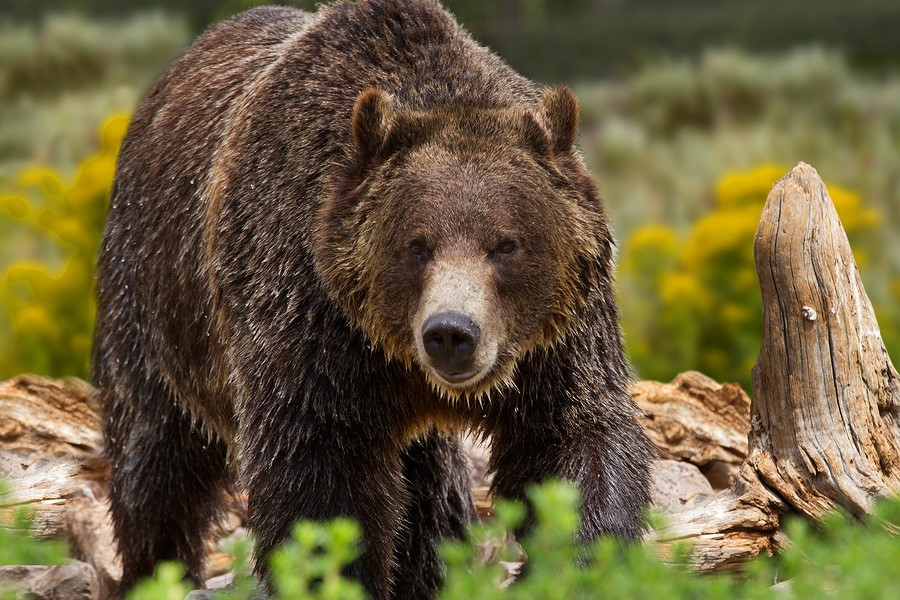 The Wyoming Legislature appears to be turning their backs on a federal judge’s ruling as a bill that places a grizzly bear hunt back on the table advances.

Senate File 93 would authorize the Wyoming Game and Fish Commission to conduct a grizzly bear hunt, the second such hunt to have been proposed since the bears were, momentarily, delisted from the Endangered Species Act (ESA) in 2018.

Having already passed the Senate 27-1, SF93 has since advanced into the House where it passed its second reading today, Feb. 8, and is awaiting a third.

The bill is the first piece of legislation calling for a Wyoming grizzly hunt since Federal Court Judge Dana Christensen, in Montana, blocked the first grizzly hunts in the Greater Yellowstone Ecosystem (GYE), which were scheduled to start last September.

Christensen’s ruling swiftly returned the bears to the ESA, with the judge saying that researchers had failed to use the best possible science to determine GYE grizzlies were no longer threatened.

Research had reportedly shown that the GYE grizzly population had grown well beyond the carrying capacity of the GYE with the population soaring well over 700.

As the GYE grizzly population has increased, so too have the dangers to livestock, people, and property, Enzi had said, openly stating his disappointment in the decision.

Cheney called Christensen’s ruling an abuse of the court system that disregarded “important work done by the State of Wyoming to establish an effective grizzly bear management plan.”

Cheney has introduced the Grizzly Bear State Management Act in the U.S. House of Representatives, which seeks to prevent a similar decision from happening by blocking further judicial review of any decision to delist the GYE grizzlies.

No further action has been logged on Cheney’s proposed act, but it may not matter as the State Legislature is moving on Christensen’s ruling.

The Legislature feels that the ruling placed the state in a difficult position, effectively robbing the state of any authority to make grizzly management decisions while at the same time, leaving the state to contend with grizzly bear management costs.

“The district court’s order impedes the State of Wyoming’s ability to protect the safety of its citizens, particularly in light of grizzly bear attacks on workers and other citizens and tourists of the state,” the bill‘s text reads.

Wyoming can effectively protect its citizenship, workers, and tourists from the dangers posed by deadly grizzly encounters in the state, the bill concludes.

Provided the bill becomes law, the game and fish commission would be authorized to conduct a grizzly hunt by issuing licenses to residents and nonresidents.

The hunt would need to be deemed beneficial and necessary for protecting Wyoming residents and visitors.

The bill also provides for extraterritorial relocation of bears that frequently prey on livestock, damage property, or endanger human life to California.

SF93 only needs one more reading before it appears before Wyoming Governor Mark Gordon to be signed into law.