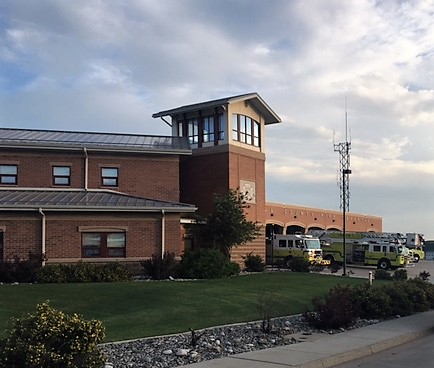 Hawk will replace Commissioner Del Shelstad, whose seat was left vacant after he was appointed to the board of commissioners last December.

“It was refreshing to have the two candidates that we did,” Shelstad remarked.

Christensen agreed, saying that the two applicants who were considered for a seat on the fire board were qualified, which was a pleasant surprise.

“We don’t always get qualified applicants,” Christensen said, indicating that he would like to see the other applicant re-submit his name when another fire board position opens up in June.

Commission Chairman Rusty Bell agreed, reiterating that he, too, would like to see the other candidate’s name again.

Shelstad added that, by the end of the interviews Monday, the candidates must have been thoroughly worn out, but indicated that he was suitably impressed by the discussions over events occurring at the Campbell County Fire Department.

“I think we should feel blessed to have people that put their name in the hat that are qualified and really care about our community,” Shelstad concluded.

The commissioners voted unanimously to appoint Hawk to the fire board, with the exception of Shelstad who abstained due to a possible conflict of interest.

Hawk will serve an unexpired three-year term that will end on June 30, 2021.

Crosswalk at Rockpile Museum gets approval

Commissioners help pick up the tab for American Legion Post #42