There are currently six pieces of legislation dealing with the Hathaway Scholarship being discussed by the state Legislature in Cheyenne.

The Hathaway Scholarship, named for former Wyoming Governor Stanley Hathaway, was established to help Wyoming students pursue higher education. It was Hathaway’s efforts in 1974 that created the Wyoming Permanent Mineral Trust Fund that laid the foundation for the scholarship. 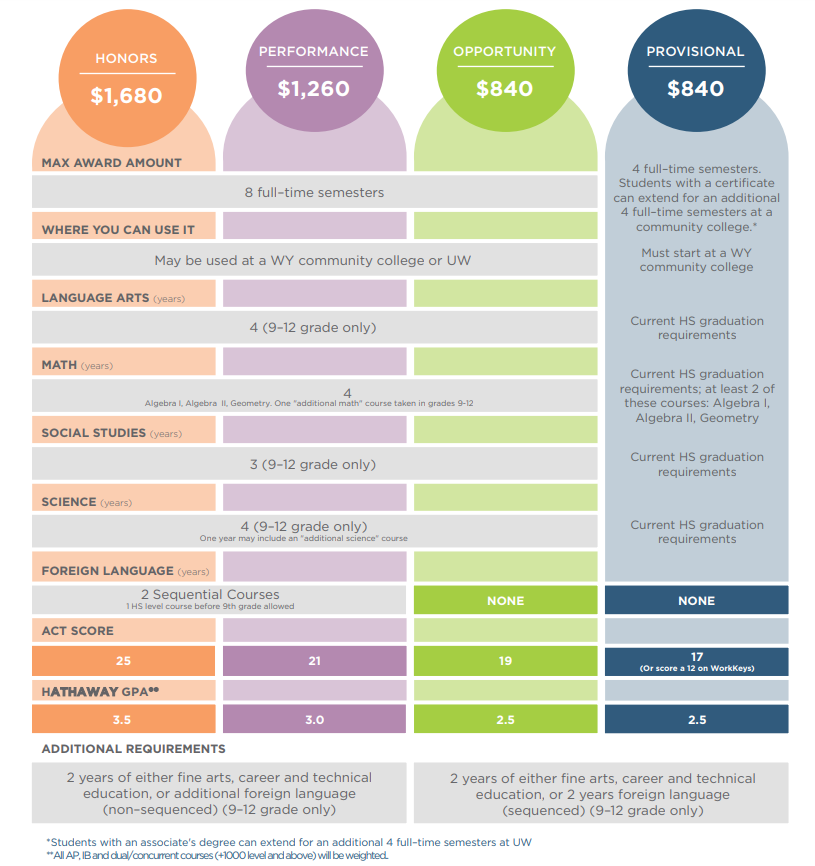 House Bill 132 would increase the amount students receive from the Hathaway Scholarship. This bill was approved by the House of Representatives and was received for introduction into the Senate, Jan. 30. If passed, it would increase the scholarship expenditures by 4.8 percent, bringing the total expenditure for fiscal year 2020 to $19.3 million.

“I am hopeful and positive that the bill will pass,” said Sen. Jeff Wasserburger, R-Campbell, Converse. “The Hathaway Scholarship increase is needed, and I am sure that the fund has enough dollars in it to fund the increase.”

House Bill 133, sponsored by Rep. Steve Harshman, R-Natrona, would extend the Hathaway Scholarship to out-of-state students to attend Wyoming colleges. This bill also has already passed the House and was received for introduction into the Senate today, Feb. 2.

House Bill 137, sponsored by Rep. Alert Sommers, R-Sublette, modifies the success curriculum, requires a study, and sets effective dates for recipients. This bill is currently awaiting discussion in the House on general file.

The study will be conducted by the Joint Education Interim Committee in advance of the next legislative session.

House Bill 254, sponsored by Rep. John Freeman, D-Sweetwater, would set the guidelines to allow students to petition to increase the scholarship award. This bill was referred back to the House Appropriations Committee Jan. 31.

The public can comment on any current legislation by clicking on the bill itself and then selecting the comment tab.