Weatherby is currently hiring new employees and is on track to begin production in Sheridan around March 11.

The firearms manufacturer, which announced its relocation to Sheridan last year, has seven manufacturing and office positions currently open and might have additional openings in the near future. The company has already added more than a dozen individuals to its workforce during this wave of hiring.

Weatherby plans to move into its new facility in early March and be ready for production shortly thereafter. After production begins, the company will start moving their offices into the facility and build a visitors’ center. Weatherby executives expect a grand opening event to occur in June.

Brenda Weatherby, the company’s Director of People and Culture, explained the lag between Weatherby’s production start date and the grand opening.

“Our first priority is to get production up and going, so we can keep paying our bills, and our offices won’t be in the new building until April 15, so we’re expecting another month of trying to get the office personnel all over there,” Weatherby said. “In May, my main task will be setting up our visitors’ center, showroom, that kind of thing. We wanted our grand opening to be grand, so that’s why there’s that lull.”

To apply for a position at Weatherby, go to the company’s website. 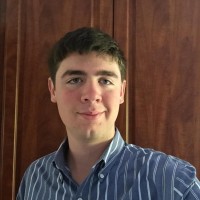