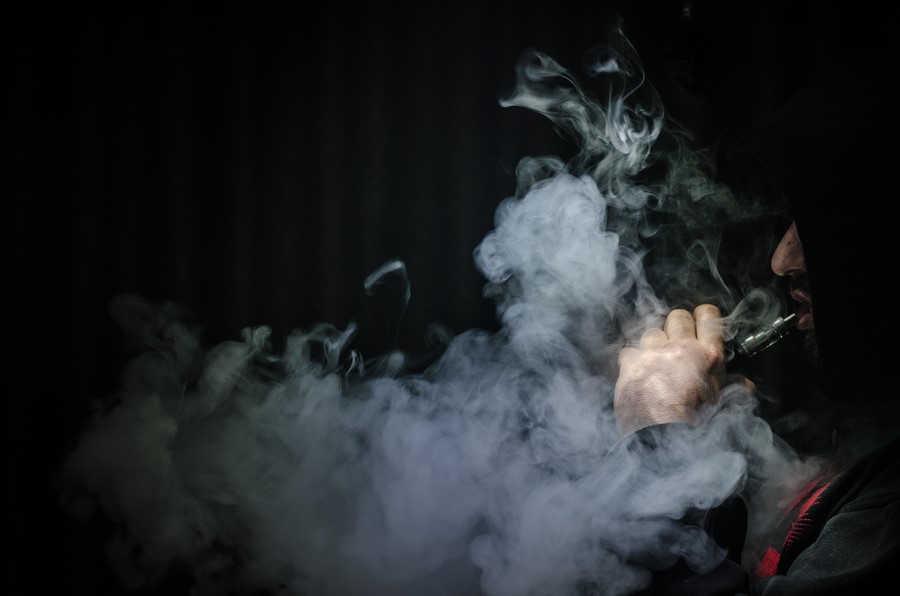 There’s no hiding it: sometime this week, somewhere in Gillette, an adolescent raised a USB-looking device to their mouth, pressed a button, inhaled, and exhaled a barely discernable vapor cloud into the air.

“Juuling” is here and medical professionals, school administrators, government officials, and police appear divided on whether it should be considered a primary health concern, an epidemic, or if it is simply another trend that will dissipate with the passage of time.

But all of them are in agreement; adolescents should not have access, nor should they be using any sort of vaping device. Officials believe a cooperative effort to significantly lower the number of adolescent vaping incidents is in order.

This year alone, the Gillette Police Department has issued 122 citations to juveniles for vaping infractions, according to Lt. Brent Wasson.

Police have confiscated 88 devices from adolescents.

Kip Farnum, CCSD director of student support services, said that, by his count, there have only been 61 vaping infractions on school property, one of which occurred inside a classroom.

The concern with adolescent vaping is not necessarily the act itself; though city ordinance, state statute, and federal mandate make it unescapably clear that adolescents are not allowed to use or possess any electronic smoking device.

Officials and medical professionals are more concerned with what is inside: nicotine.

A single cartridge for a juuling device contains as much nicotine as an entire pack of cigarettes, according to Nikki Nellermoe, community service supervisor with probation and parole.

Nellermoe said that students are reporting using anywhere from one to four cartridges a day.

Dr. Hollie Stewart, a pediatrician with Campbell County Health, said that the levels of nicotine seen in vaping products constitute a very real danger of adolescent addiction that could potentially result in adolescents smoking tobacco products.

Studies have shown that people who use vaping products and exposed to nicotine are more likely to smoke cigarettes, seeking a more focused effect from nicotine, according to Stewart.

When they are first introduced to nicotine, adolescents learn quickly the soothing and stress release effects. However, they may not notice that they require more and more nicotine to attain the same levels as their first use or the dangers associated with it.

Teenagers don’t do a good job recognizing when their actions have consequences. This has to do with their current levels of brain development, meaning “they are less likely to make an informed decision,” explained Stewart.

As for how safe the other products in e-juice and juuling cartridges — such as propylene glycol, glycerin, and food additives — the technology is still too new for medical research to say for certain.

Getting away with it

Juuling devices bear little or no resemblance to early vaping technology, which is considerably bulkier and more difficult to hide.

Comparatively, juuling devices are smaller, slimmer, and appear, for all intents and purposes, as an innocent USB drive — similar to something students use with their computers.

“They’re designed to be used in a classroom,” Farnum stated.

The incident in the classroom confirms an earlier concern expressed by County Commissioner Rusty Bell, who recalled hearing that students are juuling in class, getting away with it by blowing the vapor down their sleeves.

Adolescents are finding ways to circumvent laws and restrictions that prevent them from purchasing the devices themselves.

“They know many, many people that will buy [Juuls] for them,” Nellermoe said. Some of these individuals have reportedly gone so far as to make it their unofficial profession.

There’s no getting around it, current preventative measures are not as effective as they need to be to deter adolescent juuling.

At present, city ordinances dictate that a first time offender will receive a fine not to exceed $25, which can be suspended upon the completion of community service at a rate of $5 per hour.

“There’s not much of a deterrent effect for those kids,” Nellermoe said. “They can get it done pretty easily in a night.”

Second-offenders and beyond are required to pay a fine between $25 and $200, which again, can be suspended in lieu of a successful completion of a community service program at the rate of $5 per hour.

Within the school district, students caught using electronic smoking devices must complete a week in the Specialized Treatment and Rehabilitation (STAR) program, to include a juuling/vaping information cessation program.

A second offense in the school system could result in an out-of-school suspension, an extended STAR assignment, and a referral for a substance abuse evaluation.

Athletes could lose their right to participate in school sporting events for an entire season.

The city council has turned their attention to the relatively lax city ordinance that governs juvenile use of tobacco products.

Should the ordinance be amended, the fine for first-time offenders could be upped to $200. The adolescent would be required to complete 20 hours of community service and complete a mandatory tobacco education class within 120 days of sentencing.

“This is something we wanted to make a priority,” Farnum explained.

Staff supervision in the schools has already increased; administrators are paying closer attention to students passing in the hallways, in the common areas, and in the parking lots.

Administrators are also taking full advantage of their “reasonable suspicion” parameters to search student belongings, which has resulted in the confiscation of several additional juuling devices in the last several weeks.