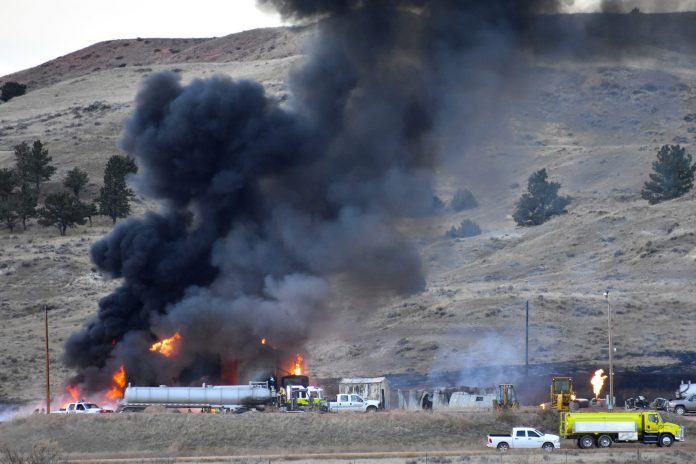 An explosion north of Gillette at an oil processing facility yesterday resulted in a single fatality.

Shortly before 2 p.m., firefighters were notified of an explosion at a facility north of the landfill on Highway 59. When firefighters arrived, the fire involved 10 large oil tanks, two passenger vehicles, two semi-trucks, three buildings, and two full 1700-gallon propane tanks.

The brush and grass surrounding the site was also on fire.

By 1 a.m. Thursday morning, 16 firefighters and two command officers had extinguished the fire, according to a Campbell County Fire Department brief.

The investigation has been turned over to the Occupational Health and Safety Administration.

According to Dale Izatt, division chief for the department, OSHA has jurisdiction over all incidents occurring at oil and gas facilities.

Izatt said he was not aware of any injuries, other than the one fatality, but couldn’t confirm that for certain. Life Flight was called in as part of Campbell County Health’s protocols. Anytime there could be serious injuries at an accident, they are automatically called in, Izatt stated.

This report was updated to correct the name of the deceased. 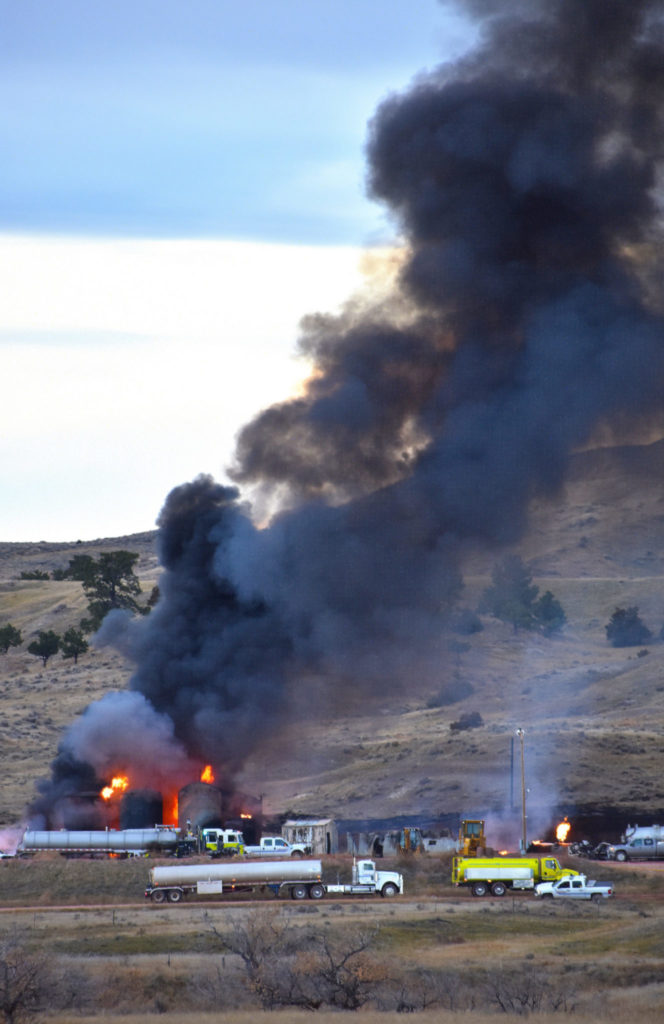