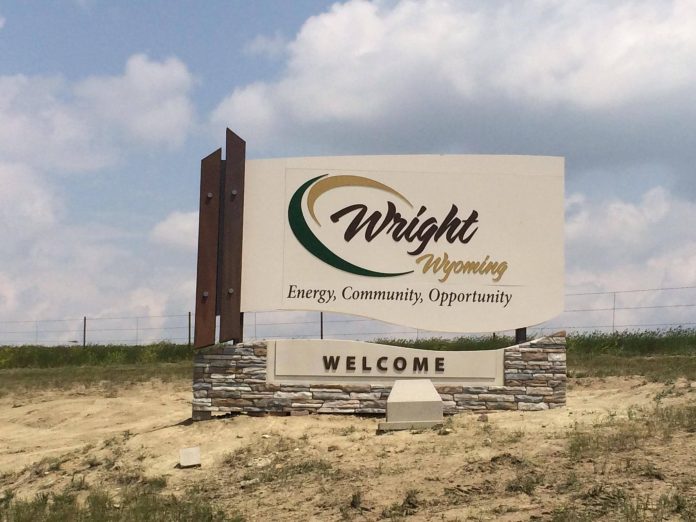 The Town of Wright ranked street improvements and law enforcement as the most desirable areas for their portion of the Optional One-Percent to fund.

An estimated 86 percent of survey respondents ranked street improvements as either high or medium priority, and around 78 percent said the same for law enforcement.

The top three choices, out of 13 total, won out over providing One-Percent funding to Wright’s capital replacement reserve, economic development programs, and public works services like spring or fall cleanup.

Funding for the Chad Road Extension was voted dead-last, with less than 8 percent of those surveyed thinking it a high priority. On the opposite side, approximately 62 percent said it was either a low priority or selected the “do not fund” option.

Around 60 percent said as much about providing funding for improvements to Melisha Drive and Prospector Road.

Barely 24 percent of residents ranked the shooting range as either high or medium priorities for One-Percent funding. 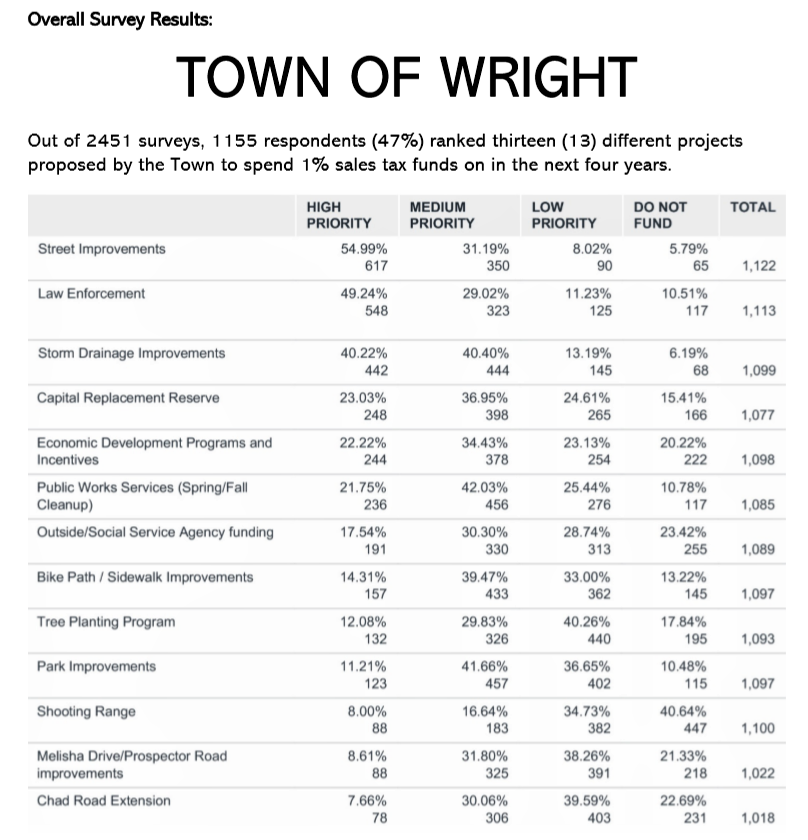 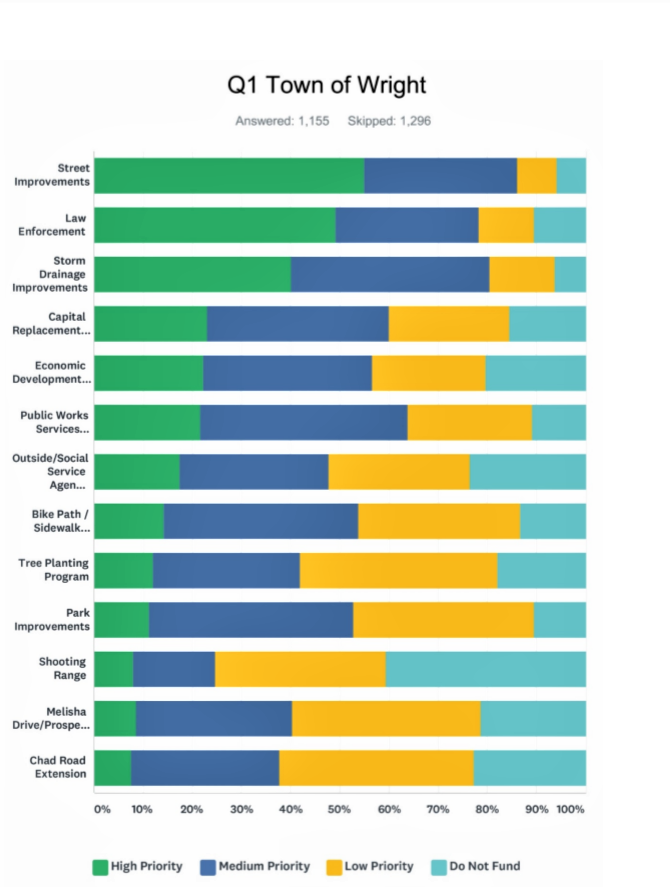