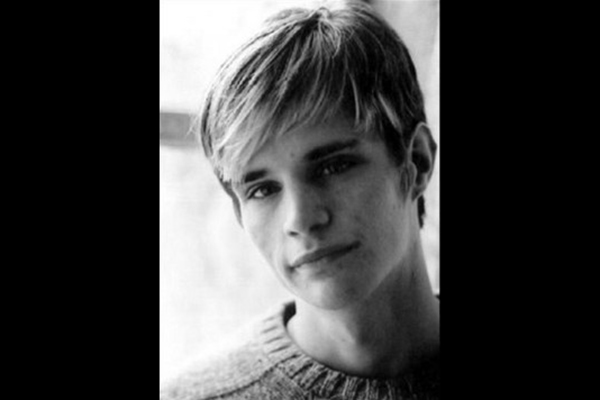 This year marks the 20th anniversary of Matthew Shepard’s death after he was kidnapped, robbed, and pistol-whipped in Laramie. His attackers tied him to a fence and left to die in near-freezing temperatures. A cyclist discovered Shepard about 18 hours after the attack, at first mistaking him for a scarecrow. Shepard died on Oct. 12, 1998. He was 20 years old.

Shepard’s murder became a significant historical event in the nation as a result of the fact he was gay, and investigators believe his killers were motivated, at least in part, by Shepard’s orientation. This led to a wider national discussion on LGBT rights and the passage of federal hate crimes legislation.

On Oct. 6, 1998, Aaron McKinney and Russell Henderson were at the Fireside Lounge in Laramie, Wyoming. McKinney was heavy methamphetamine user and a dealer. Associates would later say McKinney had been on a binge and had been awake for days before that night.

McKinney had been planning to rob a meth dealer, but the plan failed to come to fruition. Sitting at the lounge high on meth, McKinney saw a well-dressed man sitting at the bar. The man was Shepard, and McKinney assumed, based on how he was dressed, Shepard had money.

Shepard told McKinney he was too drunk to get home and asked him for a ride. McKinney agreed. McKinney, Shepard, and Henderson got into McKinney’s pickup together. Henderson was at the wheel, and at some point, Shepard grabbed McKinney’s knee. That’s when the violence began. McKinney hit Shepard with his pistol and demanded money.

Leaving Shepard to die, McKinney and Henderson went back to Laramie, where they got into a fight with two other men, who were allegedly vandalizing cars. Police arrived, and ended up discovering the pistol with blood on the handle in McKinney’s truck. Later, after Shepard was discovered, the pair was charged with murder.

Just how much Shepard’s sexual orientation played into the crime remains a topic of debate. Shepard was openly gay and well known in the community, leading to immediate speculation upon his death that he was targeted for his sexual orientation.

McKinney’s girlfriend had originally told police they targeted Shepard for that reason, on the mistaken belief it would help her boyfriend’s “gay panic” defense. She later recanted this claim, but McKinney’s lawyers used the defense in court. A Wyoming jury rejected it, and McKinney was sentenced to two life terms. Henderson received the same sentence.

In interviews McKinney later gave, he denied Shepard’s orientation had anything to do with the crime. He said it was a robbery that turned excessively violent due to methamphetamine.

Whether or not Shepard died because he was gay, the crime ultimately led to a national discussion on LGBT issues and violence against homosexuals. In 2009, President Barack Obama signed into the law the Matthew Shepard Act, which expanded existing hate crimes legislation.

Sara Grossman, communications manager for the Matthew Shepard Foundation said the crime mobilized a greater understanding of violence against homosexuals, as well as other LGBT issues.

“It was a huge wakeup call,” Grossman said.

She said the fact it happened in Wyoming helped the discourse on the issue. The national spotlight on Shepard’s murder in such a sparsely populated state few Americans thought about paralleled the way in which the issue went from the backburner to the forefront.

Despite having such a large impact on hate crimes legislation on the federal level and other states, the Wyoming legislature has rejected hate crimes bills three times.

“We see that as a huge slap in the face,” Grossman said.

Next week, Shepard’s ashes will be interred at the Washington National Cathedral. The church was the host for Sen. John McCain’s funeral, and is the final resting place for Helen Keller and President Woodrow Wilson.

The public service for Shepard’s internment will hopefully be a more positive event than his 1998 funeral, which brought out anti-gay protesters from the notorious Westboro Baptist Church. Despite a much wider understanding and support for LGBT issues, there may be more protests next week when Shepard is interred.

“We still have to deal with a very loud minority,” Grossman said.