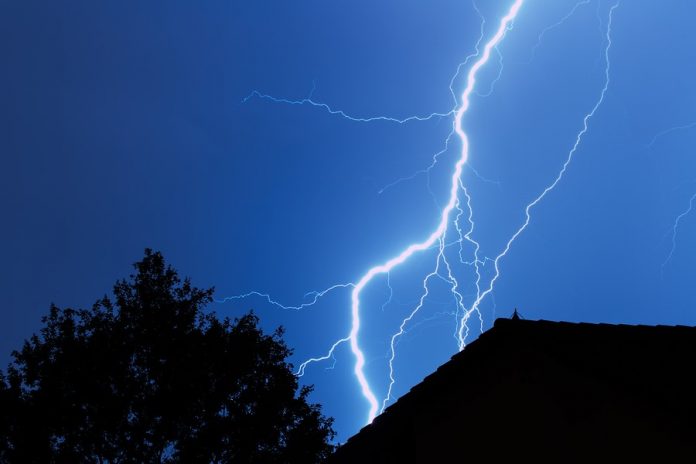 City Communications Manager Geno Palazzari said that they system does detect lightning and it also predicts the likeliness of a strike.

“The real benefit for this system is that it predicts the likelihood that there will be an electrical storm in advance,” said City Administrator Patrick Davidson. “But more importantly, it allows anybody of interest to know when the conditions have passed.”

When the alarm sounds, residents actually have 10 minutes to take shelter.

“It was almost ten minutes after [the alarm] went off that there was a lightning strike,” Palazzari said. “They said in those two instances that it was quite accurate.”

The alarms sound similar to a basketball buzzer and sound for approximately 15 seconds, Palazzari said.

When the all-clear is sounded, the alarm will give three, five-second blasts.

At this time, there is no mobile app associated with Thor Guard Lightning Prediction System, but residents can access the system using the web application.

No app means no real-time alerts but residents can opt to receive email notifications from Thor Guard if they so choose; however, Palazzari does not recommend this.

“[It’s] not exactly the best way of doing it, and the email goes out for every detection that goes off…every warning at each one of the locations,” said Palazzari. “From my understanding, it’s a lot of emails during the entire event.”

Currently, the email notifications are only available to select city employees while the process continues to develop a more, user-friendly application for the system. But it could take some time.

“We always try to take the technology that we get and try to one up what’s there,” said Palazzari.

But all-in-all, the system appears to be working well and, with winter on its way to northeast Wyoming, the city is hopeful that it will not hear anything from it until spring.

There is also a base installed at Wright High School.