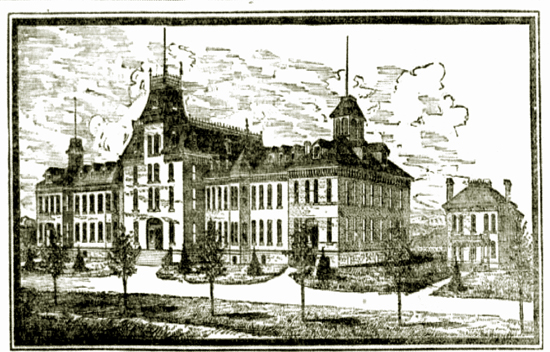 (Gillette, Wyo.) The Wyoming State Hospital, which still exists today, is easily spotted from I-80 that cuts through Evanston. On the opposite side of the highway is the local Wal-Mart.

While the buildings visible from the highway still maintain some of that institutional architecture that was so characteristic of mental health facilities of a bygone era, the original structure burned down on Sept. 12, 1917.

The hospital opened in 1889 and was originally called the Wyoming Insane Asylum. It sprang up at a time when there was a movement in the country toward government-funded therapeutic facilities to treat the mentally ill in ways that were then considered humane

As the hospital took in its first patients, Wyoming was still a territory. Prior to that, the mentally ill were shipped off to Jacksonville, Illinois, as there really was no way to treat them in Wyoming. The first patients were brought in a sleeper car from the Jacksonville hospital to the new Wyoming facility on May 15, 1889.

In its early days, the facility followed the idea that the mentally ill were best treated with meaningful work, which included everything from farming to sewing. The products patients produced helped the hospital meet the legislative mandate that it be self-sustaining. By the time of the fire that destroyed the original structure, the hospital farm was producing beef, pork, mutton, and chickens, along with grain and vegetables. In addition to feeding staff and patients, the produce was also sold locally.

Throughout its early history, the hospital faced multiple charges of abuse from former patients. Wyoming newspapers covered a number of these charges. In 1923, a woman filed grievances for cruelty with the board that oversaw the hospital, but as with all these complaints, the board did nothing.

As was typical of the time, the hospital practiced archaic treatments that have long since been abandoned, including insulin-induced comas, electroshock therapy, and lobotomies. Nowadays, treatment of the mentally ill utilizes a lot more psychotropic drugs, as well as outpatient therapeutic approaches, rather than institutionalized hospitals.

In 1923, the hospital was renamed the Wyoming State Hospital. By the 1930s, the patient population reached nearly 500. With the decline of the institutional model, today the facility houses fewer than 100 patients, and many of the older buildings have been abandoned.