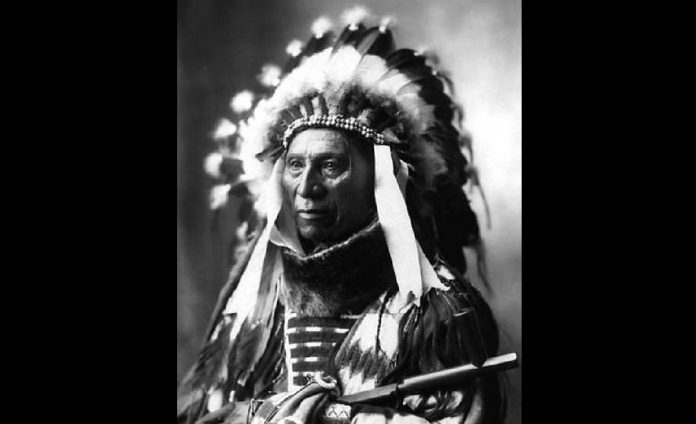 (Gillette, Wyo.) On Aug. 19, 1854, 29 soldiers were killed in one of the first battles of a lengthy war between settlers and Native Americans. And it all started over a dispute involving a cow.

At the time, about 4,000 Lakota Native Americans were camped near Fort Laramie, which was following the terms of the Treaty of 1851.

The treaty defined a large piece of the West—including parts of Wyoming, Montana, North Dakota, South Dakota, and Colorado—as belonging to the Native Americans, with the United States not claiming any of it. In exchange for agreeing to these borders, settlers could pass safely along the Oregon Trail and the United States could build railroads and forts through the territory.

It seemed for a time there would be a lasting peace between Native Americans and American settlers, until a cow, belonging to a Mormon traveling on the Oregon Trail, wandered off. A Native American named High Forehead, who was visiting the eight tribes whose territory was defined by the Treaty of 1851, killed the stray cow.

Lt. Hugh Fleming, who was the senior officer of the garrison, discussed the cow situation with the Brule Lakota chief, Conquering Bear. According to the treaty, the local Indian agent should have mediated the dispute, but for reasons unknown today, Fleming took it upon himself to try to negotiate a deal. 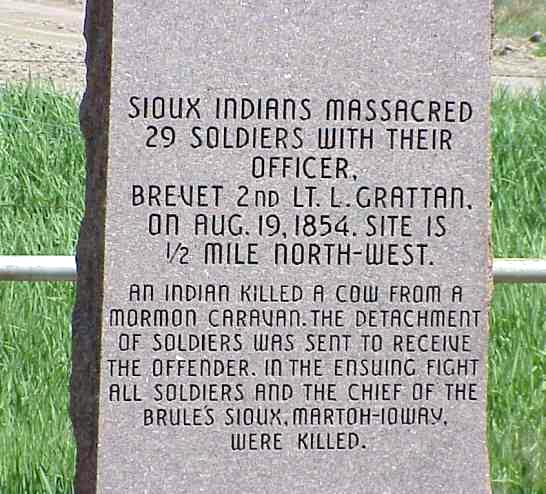 Though the issue had nothing to do with the military, Conquering Bear offered a horse he owned or a cow the tribe owned as repayment for the Mormon’s lost cow. The Mormon demanded $25 for his livestock loss. And Fleming wanted to arrest High Forehead. Conquering Bear had no authority over the offender, and so he refused to do so. Negotiations failed.

Second Lieutenant John Lawrence Gratten led a detachment, a total of 30 men including Gratten, into the Indian camp to arrest High Forehead. One of them was a drunken interpreter who was not well liked by the Native Americans. The interpreter began insulting the tribe’s warriors, calling them women.

According to historians’ estimates, there were about 1,200 warriors in the encampment of 4,800, so it probably wasn’t such a good idea to start talking smack. The interpreter took it so far as to tell the Native Americans the men were not there to talk, but to kill them.

As Gratten was walking back to his men, a soldier fired a shot, hitting a Souix and effectively ending a brief peace between Native Americans and settlers. The Native Americans fired arrows back, killing Gratten, 11 of his men, and the drunken interpreter. Another 18 of the soldiers tried to retreat, but they were cut off and killed. Only one soldier survived, but he later died of his wounds.

The only Lakota was Conquering Bear, who was wounded in the fight and died nine days later near the Niobrara River.

In the American press, the event was described as a massacre, and U.S. officials began to plan a retaliatory attack. The First Sioux War of 1854 and 1856 was fought as a direct result of the Gratten Massacre, as it’s become known.

While the decades of intermittent warfare that would follow was not the result of this event, it certainly caused the collapse of an uneasy peace the Treaty of 1851 fostered.