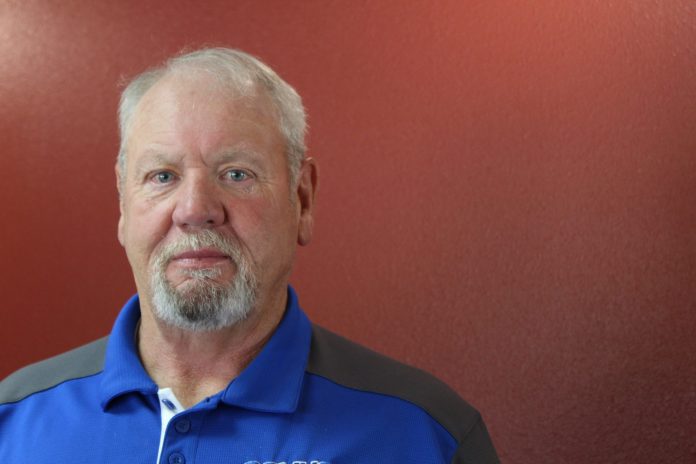 (Gillette, Wyo.) With about 40 years of experience in law enforcement, candidate for coroner Kevin McGrath said he could provide a lot of value to the office.

McGrath started his career in law enforcement as a cop in Newcastle. He wanted to move to a larger city, and so he took a position with the Gillette Police Department in 1980.

“I’ve seen Gillette grow a lot in that time,” he said.

He retired from the GDP in 2005 and then began working for the Campbell County Sheriff’s Office. He spent a year as a road deputy before moving into the investigations division.

“Law enforcement is one of the first responders to a death scene,” he said.

He said he received approximately 3,000 hours of continuing education training during his career, which included about 200 hours of investigative training specifically in death investigations.

He also served on the Gillette City Council for eight years, and now he said he’s ready to serve as coroner.

“I believe I can make some positive changes to that office,” he said.

McGrath said he wants to run a campaign that avoids speaking negatively about the other candidates or the incumbent, but he said he brings some experience to the table that the others do not have.

As a city council member, he said, he became familiar with budgets and can run the coroner’s office more efficiently. For example, he sees the chief deputy coroner as a redundant position that duplicates the work of law enforcement.

“I think that citizens want an office that runs smoothly and with fiscal responsibility,” he said.

He would also hire someone on a part-time, on-call basis to serve for deaths in Wright. He said having someone there to be on the scene would greatly reduce response time. This person could stay with families and relieve EMTs, law enforcement, and fire personnel, he said.

He said while he was a council member he opposed an appropriation for a suicide memorial, which led to accusations he’s uncompassionate.

He explained all the psychological studies he’s seen suggest that such memorials do more harm than good. And as a steward of taxpayer dollars, he didn’t feel it was the best use of city money.

“I’m compassionate, and I can lead the [coroner’s] office with dignity and respect,” he said.

McGrath is running against incumbent Laura Sundstrom, Samantha Lang, and Paul Wallem. All are running as Republicans without a Democratic challenger. The primary election is Aug. 21.