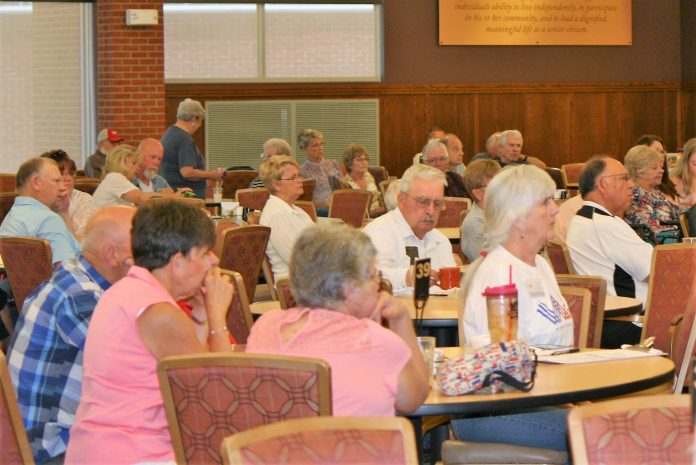 Election Committee Chairperson Donna Mankin said the forum is open to the public, so every Campbell County resident is welcome to attend. Some of the forum questions will center on issues important to the senior community.

Lunch is served at 11:30 a.m. and is also open to anyone. The suggested senior cost is $4.50, and for the general public, the cost is $9. Tomorrow, the senior center is serving cheeseburgers with potato salad, baked beans and strawberry shortcake for dessert.

The elections committee will give each candidate a chance to answer a list of questions. There will also be an ice cream social following the forum at 2:15 for attendees to ask the candidates any questions not addressed during the forum.

Informal Mingle Events
Friday, Aug. 3 – Remaining Candidates on the Primary Ballot
Tuesday, Sept. 11 – Candidates for Hospital Board, School Board,
Cemetery Board, and Conservation Board

Originally, 13 candidates filed to fill the three seats up for grabs this year. Two candidates, Roger Oedekoven and David “Jake” Wolfe, have withdrawn from the race.

Wyoming is a closed primary state, which means for partisan races, like county commissioner, voters can only vote for candidates of the party for which they are registered. This rule does not apply to non-partisan races, such as city and town council, mayor, and special districts.

The Campbell County League of Women Voters has also scheduled forums in advance of the Primary Election. Each forum will be held in the City Council Chambers and will begin at 6 p.m.

Although Wyoming is exempt from the national motor voter law, meaning voters cannot register at the Department of Motor Vehicles, voters can register on Election Day prior to voting at their polling places, with a valid ID.

Currently, there are 18,862 registered voters in Campbell County, which is approximately 56 percent of the voting-age population.