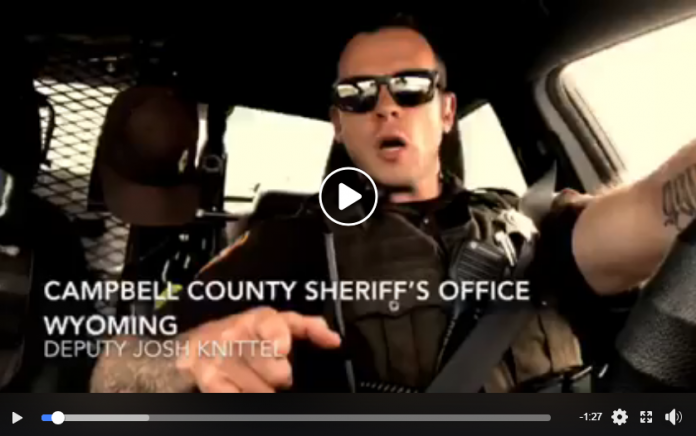 (Gillette, Wyo.) The good-hearted rivalry between the Campbell County Sheriff’s Office and Gillette Police Department has spilled over into a popular national trend, lip sync videos.

Sheriff Scott Matheny said he’s pretty sure it was Deputy Josh Knittel who brought this latest craze to the Cowboy state.

“I have to give credit to Josh,” said Matheny. “I believe he started it in the state of Wyoming. I’ve got other sheriffs calling up and saying, ‘Why? Now my guys want to do this.’”

Just to clarify, Knittel was parked while filming his hair flipping lip sync video to Shania Twain’s “Man, I Feel Like a Woman” that was posted on Facebook July 8.

Knittel followed the chain of command and asked for permission before posting the video. According to Matheny, it was the deputy’s mom who encouraged him to participate after seeing other law enforcement lip sync videos online. While asking for permission, Knittel added that he wanted to do it for his mom for her birthday.

Like most internet fads, it’s difficult to determine just where it began. But, according to policemag.com, the current lip-sync challenge began mid-June in Texas when the Bexar County Sheriff’s office used a lip-sync video of one of their deputies in a recruiting video.

Locally, there’s also been a little controversy concerning the challenge part of the equation.

On July 16, the city of Gillette posted, what they call, a response to the CCSO video. A little more choreographed, the Gillette Police Department’s video features Officers Kris Hunter and Andy Lucas and Sgt. Eric Dearcorn, lip syncing and “bustin’ a move” to Taylor Swift’s “Look What you Made me do.” 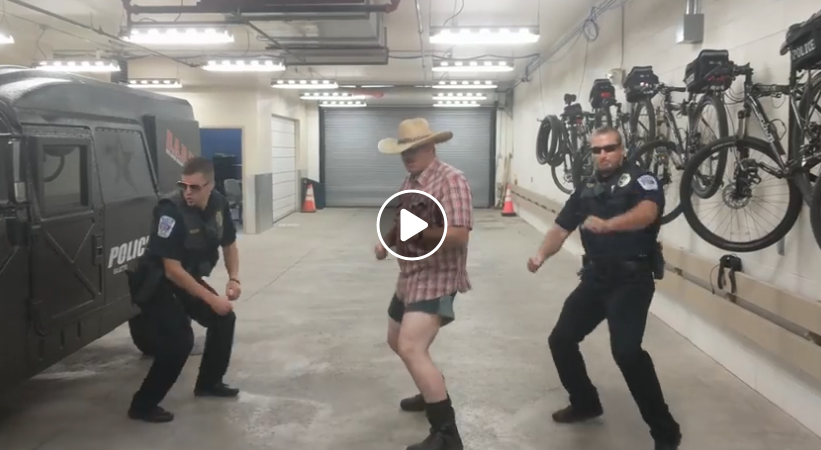 “If they felt that they had to keep up with us, I get that. But, we didn’t challenge them to do anything,” said Sheriff Scott Matheny with a laugh.

One thing both Matheny and Chief Jim Hloucal can agree on, is that overall the lip sync videos are good for public relations.

“It’s one of those things that snowballed into something good,” Matheny said of all the videos from different agencies popping up.

“I think the videos are mostly funny and show that law enforcement officers are human and have a humorous side, even when dealing with the tremendous stress of their careers,” said Hloucal.

At the end of the police department’s video, they challenged the Wyoming Highway Patrol. But, so far, there have been no lip sync posts from the agency.

Matheny said the likelihood of another lip sync video from the sheriff’s department is pretty slim.

“Listen, this is a lot like recreating Rocky 36 or Jurassic Park 7. You go out on top. The first one is always the best. Leave it alone,” Matheny explained.

Here are a few links to some nearby agencies who are getting in on the fun: