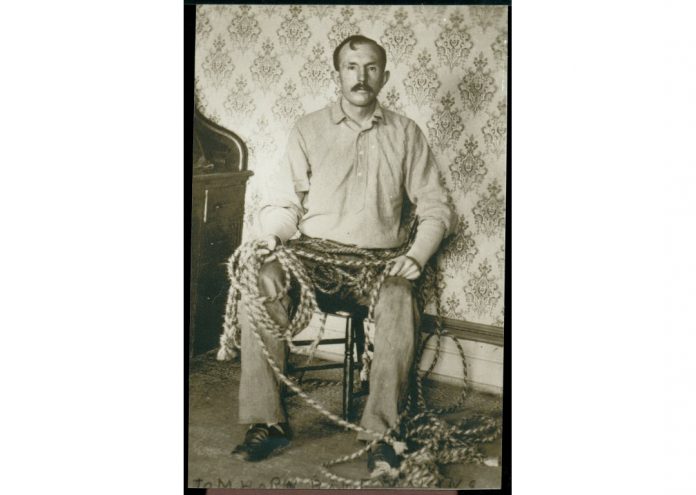 (Gillette, Wyo.) The early part of the Twentieth Century was a violent time in Wyoming history. Cattle barons fought with shepherds. Property rights were weakly enforced, and grazing land was largely distributed on a first-come, first-serve basis.

Then the homesteaders started moving in and competed with the cattle barons. Shepherds also moved into the territory, and tensions brewed between the two groups. Between 1870 and 1920, there were over 120 fights in eight different states and territories, resulting in at least 54 deaths and over 50,000 sheep slaughtered.

This was the atmosphere in which 14-year-old Willie Nickell was murdered on July 18, 1901. Nickell lived on his parents’ homestead in an area of southeastern Wyoming known as Iron Mountains. His father, Kels Nickell, was said to be a hotheaded man known for getting into “jangles” with a number of people.

In particular, Kels Nickell was in a dispute with his neighbor Jim Miller, who accused Kels of letting his sheep graze on Miller’s land.

On that fateful day in July 1901, the elder Nickell sent young Willie to the small village of Iron Mountains 12 miles from their home. There, Willie was to talk to a man about becoming a sheepherder for the family. Willie never arrived at his destination. 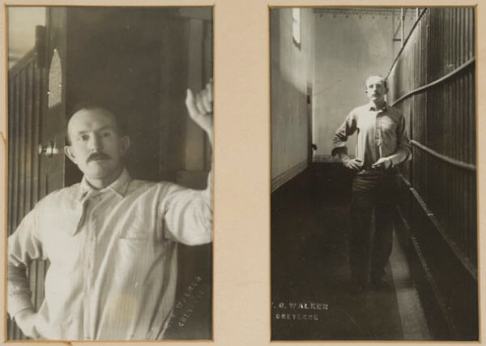 The first bullet hit him just below his left armpit and came out his sternum. The second hit just below the first and came out his intestines. At this point, the frightened boy ran for his life. He collapsed about twenty yards away and fell on his face. His killer turned him over on his back and put a rock under his head.

About a month later, Kels Nickell would be shot and wounded, and 60 to 80 of his sheep were also killed. Two of Nickell’s children saw two men riding away on horses that were identified as belonging to Kels’ neighbor Jim Miller. Miller was later arrested for shooting Kels and released on bond.

In Jan. 1902, Deputy Marshall Joe Lefors was talking to a man by the name of Tom Horn about possible employment. Horn had quite a bit of experience, having worked for the Pinkerton Agency, which was a private detective active in the West. For the past year, Horn had been working for wealthy cattle baron John C. Coble in 1901.

He was known to be a hired assassin for the cattle barons, who had to get rid of some troublemakers quietly.

The prospect of employment appears to have been a pretext, because he began to question Horn about the murder of Willie Nickell. Horn was still drunk from the night before and confessed to the murder.

He was tried and convicted the following October, largely based on his confession. He was hanged on Nov. 1903.

Whether or not he was actually guilty remains a point of contention today among historians and people familiar with the case. Not only was the confession taken while Horn was inebriated, but there was strong public prejudice against him.

Some have argued he actually meant to kill Kels Nickell, and the murder was an accident.

Cobal paid for much of the cost of the man’s defense, and one theory holds the cattle barons needed Horn to go away. Such violence was not garnering a lot of political clout for the barons’ interests. However, they couldn’t appear to be throwing Horn under the bus.

In 2016, John Davis authored The Trial of Tom Horn, and he concludes Horn was guilty. While public sentiment had convicted Horn before the jurors did, one of the jurors was a good friend of Horn.

Davis also points to a number of inconsistencies in Horn’s version of events. These are seen in his autobiography, which Cobal published thinking it would aid in proving the hanging an injustice. But the autobiography is filled with factually incorrect information that’s easily disputable.

There is also the fact that Horn had a reputation as having a mean streak and had undoubtedly killed many people before he was charged with Nickell’s murder. So, even if he weren’t guilty of this specific murder, he’d been guilty of many before it.

Davis’ account also disputes the claim that Horn was covertly thrown under the bus. In fact, it’s well documented Cobal was very distraught over Horn’s execution, and he helped publish the man’s autobiography.

Davis also documents Horn had confessed to the murder not just to Lefors but to many others. One was a woman named Elizabeth Sims, who never testified at the trial because she had a “bad reputation.” In short, she was probably a prostitute.

If one assumes he was guilty, Horn went to his death never giving up the names of the people who hired him to do the deed. He was buried in Columbia Cemetery in Boulder, Colorado.