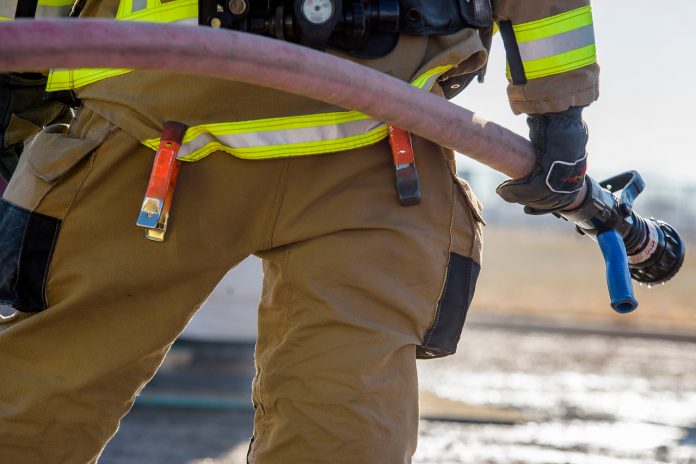 (Gillette, Wyo.) A fire that burned around 300 acres of grass, brush, and timber on private land, 60 miles north of Gillette, is now fully contained. However, Campbell County Fire Marshal Eric Acton said mop up will continue for a day or two before the fire department will begin to release crews.

Mop up is the process of making a fire scene safe after it’s under control. Crews work to extinguish or remove burning material near the control line.

As of this morning, 36 fire fighters from the CCFD and BLM were still on scene, as well as some additional heavy equipment operators from Campbell County Road and Bridge.

Fighting the fire, which was first reported Saturday evening, was made more difficult by its location. Fire fighters initially had to hike to the fire since it was inaccessible by truck.

Acton said no structures were damaged as a result of the fire.