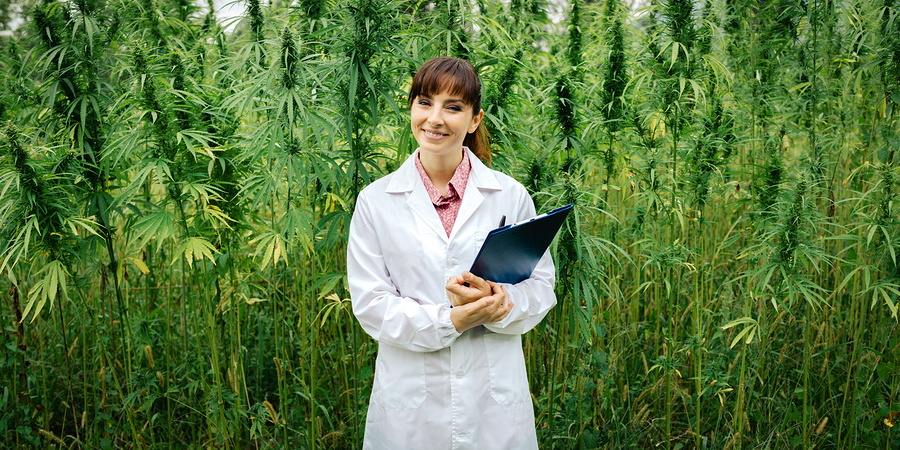 (Gillette, Wyo.) In 2014, Congress opened the door to hemp by allowing for states to adopt hemp laws, as Wyoming did in the 2017 legislative session. The law allows for a pilot project to be conducted.

Today, no farmers in Wyoming are growing hemp under the law.

The Department of Agriculture, which manages the Wyoming Industrial Hemp program, pursued steps to begin licensure, but the program is mostly at a standstill.

“We have done everything we can do without an appropriation,” said Doug Miyamoto, director of the department.

While federal law permits states to have hemp programs, the DEA classifies it as a Schedule 1 controlled substance, meaning it has no medical benefits and a high potential for abuse. The federal government places heroin and LSD in this category, but not cocaine.

In order for industrial hemp to remain on the good side of state law, which follows federal mandates, the delta-9 tetrahydrocannabinol (THC) content of the plant has to be kept below 0.3 percent. The chemical is the main psychoactive compound found in smokable marijuana, where it’s found in concentrations of 15 percent or higher.

The Wyoming Department of Agriculture is tasked with testing hemp produced in the pilot project to ensure compliance with the law.

The department requested $300,000 for the equipment and personnel to do the testing, but the legislature did not fund the request. State law forbids any testing of hemp produced in the pilot program to be done by private laboratories, and federal law restricts exporting the plant outside the state. So testing can’t be done in out-of-state laboratories.

So, the program is effectively halted until the funding is in place for testing to be done by Wyoming officials.

Miyamoto explained the department has a duty to carry out the program properly, not only to comply with state and federal laws, but also for the farmers who may pursue hemp production.

“We want it to be a credible program. The last thing I want to happen is for a farmer to make all the investment and then have to destroy the crop,” the director explained. “We have to do our due diligence.”

While there is no funding available to carry out testing, the department has been pursuing the DEA import permit, which is required to acquire seeds, as well as consulting with hemp producers and agricultural officials in Colorado to determine the best way to carry out Wyoming’s hemp project.

Exactly how much THC is produced in a hemp plant varies according to a wide range of factors from the genetics of the seed, the altitude in which it’s grown, how much precipitation the plant receives over the course of the growing season, and more.

The THC level “is going to be based on environmental conditions at the time,” said Hank Uhden, manager of the Technical Services Division at the Wyoming Department of Agriculture.

The department aims to begin licensing hemp producers in 2019 at the earliest, assuming appropriations are made for the testing.