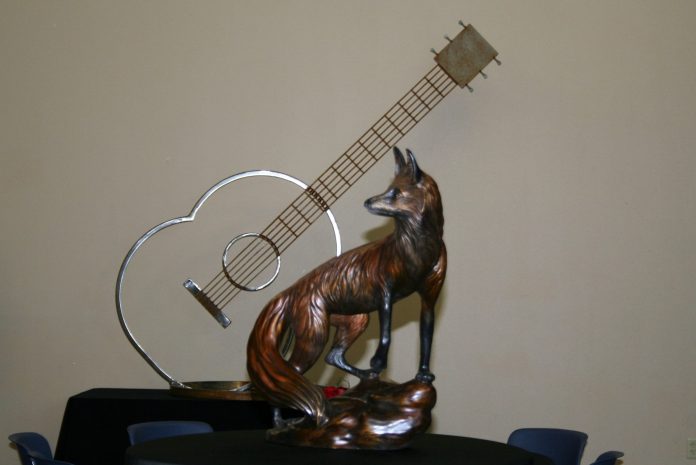 (Gillette, Wyo.) The sculptures for the 2018 Mayor’s Art Council Avenues of Art were unveiled last Friday at a reception at the Gillette College Tech center. Since that time, the City of Gillette Streets Department has installed all eight statues at locations around town.

The last piece of art, Evolution by Debra Zelenak, was placed Thursday morning at the intersection of 4J and Boxelder Roads.

The Mayor’s Art Council (MAC) was created by resolution in 2003 and the first Avenues of Art sculptures were purchased in 2004. Since then, 110 sculptures have been purchased by the MAC, local businesses, and generous donors. The 2018 sculptures are for sale to the public and a percentage of the sales help continue the Avenues of Art project.

The second piece, “Beside Still Water” by Mike Dwyer, was purchased by a private citizen for his wife. The couple often walk at Dalby Park, where the heron is displayed, so they decided to donate it back to the city so others could enjoy it as well.

2018 additions to the Avenues of Art and their locations:

In addition to the Avenues of Art, the Mayor’s Art Council also oversees the Children’s Memorial Walkway project and the Annual Christmas Pin Design Contest.