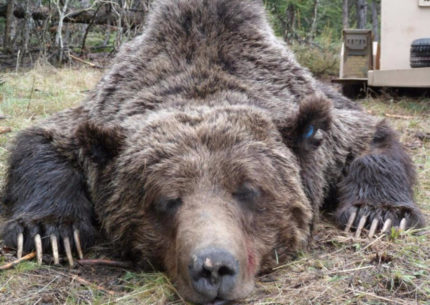 (Gillette, Wyo.) Governor Matt Mead approved rules put forth by the Wyoming Game and Fish Commission that allow the hunting of grizzly bears.

The rules establish the hunting season and boundaries, the number and sex of bears and types of firearms that can be used.

The season dates, with the exception of areas 7 and 8, are Sept. 15 through Nov. 15. The season for Areas 7 and 8 ends on the same date but starts two weeks earlier.

Application periods begin July 2 and end July 16. There is an application fee of $5 for residents and $15 for non-residents.

A statement released by the governor’s office on the approval of the rules said quotas are consistent with the allocations established together by Idaho, Montana, and Wyoming under the tristate agreement endorsed by the United States Fish and Wildlife Services (USFWS) upon delisting.

“Wyoming values its wildlife and effectively manages them for everyone’s benefit,” said Wyoming Governor Matt Mead. “Over the past four decades, Wyoming has spent $50 million on grizzly bear recovery and management. As a result of those efforts, grizzly bears exceeded their recovery goals for over a decade, ultimately leading the USFWS to delist them last year. I trust the scientific experts at the Wyoming Game and Fish Department to manage bears in a way that ensures they never require federal protection again.”

In developing the rules over several months after the animal was delisted from the Endangered Species List, the Game and Fish department held a series of public meetings, where they accepted both oral and written public comments. Altogether, including online comments, the department received over 3,300 comments regarding grizzly bear trophy hunting and issues related to the animal’s endangered status.