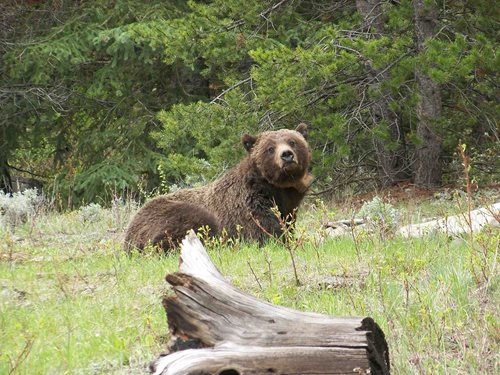 (Gillette, Wyo.) After a public hearing today on the issues, the Wyoming Game and Fish Commission approved regulations that will open grizzly bears to hunting for the first time since 1974.

Today’s hearing brought out comments and supporters of the regulations, as well as those who supported the hunt but wanted to see more changes to the proposed regulations before they passed.

The unanimous vote followed months of public hearings across the state, resulting in some changes to the original draft. This includes mandatory education requirements for grizzly bear hunters, hunt areas and regulations to direct harvest to areas with higher potential for grizzly bear/human conflicts, a closed portion of a hunt area next to Grand Teton National Park to support the wildlife viewing tourism economy, and a prohibition against hunting grizzly bears near highways.

“I want to thank all of the people who came to today’s meeting to participate in the process. Additionally, thousands of people commented online and truly made this regulation a better regulation,” said Scott Talbott, director of the Wyoming Game and Fish Department.

The draft quota inside the demographic monitoring area, which is the area experts deemed as suitable habitat is 11 bears per year with a very conservative one bear female sub-quota.

Allowable mortality limits are developed using a pre-set formula outlined in a cooperative agreement among the states of Montana, Idaho and Wyoming.

The regulation clarifies the process to obtain a license if a hunter is placed on the grizzly bear license issuance list for hunt areas 1-6. Hunters who are high enough on the list will be required to submit payment for their license fee and proof of a hunter education certificate within 10 days of notification.

Additionally, the regulation establishes 10 day hunt periods for those hunting in areas 1-6.

The regulation is for grizzly bear hunting seasons and adds to another existing rule that was passed in 2017 to establish some of the specifics around grizzly bear management.

The cost of grizzly bear licenses was previously set in law by the Wyoming Legislature. It is $602 for residents and $6002 for nonresidents.