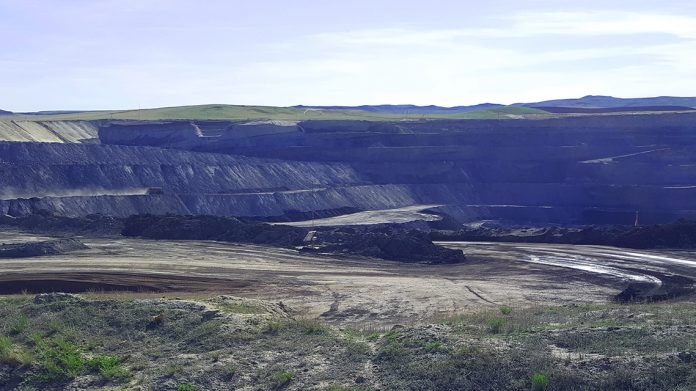 (Gillette, Wyo.) The May 10 tax deadline has come and gone, but Campbell County is still owed more than $8.5 million in ad valorem taxes.

According to Campbell County Treasurer Rachael Knust, ad valorem and property taxes are always paid in arrears. So, the taxes that are now deemed delinquent are for the minerals extracted during the last six months of 2016.

“…for whatever reason, people always like to wait to pay their taxes until they absolutely have to,” said Rachael Knust.

Nearly half of those delinquent taxes are the responsibility of Contura Coal West, the company that purchased the operations of Eagle Butte and Belle Ayr Coal Mines in the Powder River Basin after Alpha Natural Resources filed for bankruptcy in 2015.

Alpha Natural Resources is contesting the amount of ad valorem tax the company owes from 2015 and 2016, which comes to $12.9 million. According to Deputy County Attorney Carol Seeger, Alpha is claiming that because the sum was not included in the creditor’s claim of their bankruptcy filing, they are not required to pay it. Campbell County is contesting that assertion.

“Unfortunately, when you are in the middle of a downturn it makes it even more difficult when your largest tax payers are not paying their tax bill,” said Campbell County Commissioner Chairman Mark Christensen. “It makes me even more uncomfortable knowing that Alpha Natural Resources still owes the county nearly 13 million dollars and its successor, Contura, has now failed to pay over $4 million of its own ad valorem taxes on its coal production.”

Just sixteen months after Contura’s purchase, the company announced it would sell its Wyoming mines to Blackjewel, LLC.

Senator Michael Von Flatern said the State Legislature tried to correct some of the tax issues during the latest budget session.

“Because there’s no auto lien on taxes, the bankruptcy court then says you get 50 cents, or whatever, on the dollar, and that’s all they’re going to pay,” explained Von Flatern. “And there’s Campbell County sitting with, I think it was 19 million originally.”

That $19 million was the delinquent amount from 2016. The remaining amount due from 2015 is $1.6 million. After Alpha’s payment of $7.7 million, that brings the total delinquent ad valorem tax amount to $12.9 million.

The legislature was unable to pass a bill that would have established an automatic lean on taxes. However, legislation to protect counties from legal ramifications of unpaid taxes did pass.

“Prior to this last session, if the county didn’t collect 100 percent [of the tax] technically – it has never been done – but technically, the school district could say, ‘You still owe us 43 mills,’” said Von Flatern.

Two other large contributors on the delinquent tax list are Carbon Creek Energy and Basin Electric. As of this morning, both owe around $2 million in ad valorem taxes, according to a report from the Campbell County Treasurer.