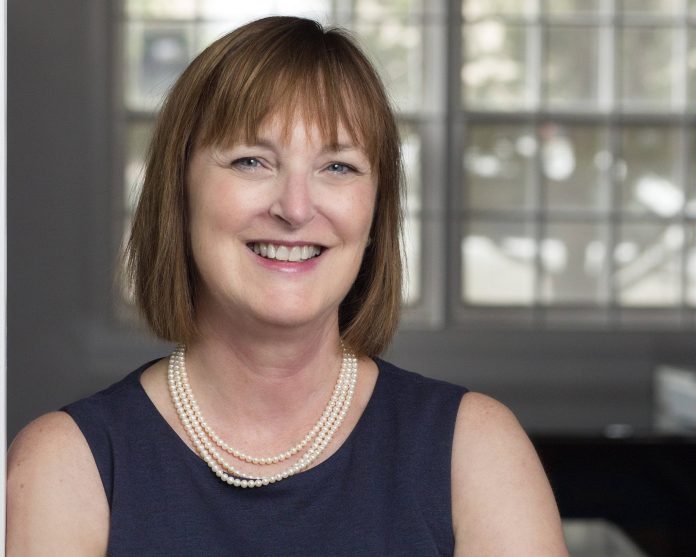 After finishing law school, she returned to Wyoming and served as assistant Wyoming attorney general from 1992 to 1999, representing the Department of Environmental Quality, Air Quality Division.

In 1999, she went into private practice with the Cheyenne-based Hickey & Evans law firm.

Throne took time off the hectic campaign trail to talk to County 17 about her positions and her vision for Wyoming.

C17: Typically, Wyoming voters don’t often elect Democrats, but the state has a history of Democratic governors. Do you think voters are looking for this kind of change in leadership and why?

Well, I certainly hope they are. I think with the governor’s race, people have a tendency to vote for the person and not the party, because we have a very personal relationship with our governors in Wyoming. We expect to see them at the county fair or downtown. So it’s a much more personal relationship. People are more willing to consider the person and their individual qualifications rather than focusing on the party.

The reason we have had so many Democratic governors is we like our governor to be independent of party and always put Wyoming first, and not get dragged into the partisan politics of their own internal party struggles. And so I think it’s easier for a Democrat to do that in Wyoming.

It also provides balance—pulls everybody back to an area where they can compromise more.

C17: As a Democratic governor, you would be faced with wide majorities of Republicans in the House and Senate—nothing new for any Democratic Wyoming governor—but you’d also have a Republican administration in the White House, who was very popular with voters when he was elected and continues in Wyoming to enjoy some of the highest approval ratings in the county. Do you think you could, as governor, solicit the cooperation you need to accomplish your goals at a time when we’re at a sort of a high tide of Republicanism.

Again, I think it would make it easier for a number of reasons. One, when it comes to the Wyoming Legislature as a member of the minority. And I accomplished a lot. I learned how the process works. I passed 19 pieces of individual legislation. I would start out with 10 votes, and I had to compromise. And I had to build the relationships.

I think that’s a skill I bring to the race that not a single other candidate has—my ability to work with the legislature and understand that process intimately. Watching and being part of it are two different things. I was part of it for 10 years and was successful.

When it comes to the national scene, I think whoever is governor of Wyoming, regardless of which party is in the White House, has to stand up for Wyoming. So, for example, I agree with a lot of President Trump’s action so far with regard to energy. I always opposed the Clean Power Plan, and I testified against it when [the EPA] was here in Gillette a few weeks ago. And I’ve also filed written comments. But I also told the Obama Administration I opposed the Clean Power Plan as part of a large group.

So, I think regardless of your party you have to stand up for what’s best for Wyoming. Washington doesn’t understand Wyoming. It doesn’t matter who is in the White House. Recently the Trump Administration has started to tinker with our sage grouse plan that two governors have worked on and protected the species and kept it from being listed. Whoever is governor has got to be skeptical of that sort of nonsense, and that’s regardless of party.

C17: During that 10 years in the legislature and before that, perhaps you could highlight out of those 19 pieces of legislation what you’re most proud of, as well as any other accomplishments you’d like voters to know.

As a legislator, you like to highlight your individual pieces of legislation, but often your biggest accomplishments are not the ones that have your name on it. It might be a committee bill you have worked on a lot.

On an individual level, I did a lot to reduce standardized testing, eliminating the writing assessment. I was the lead sponsor on creating the Access to Justice Commission. Early on I did some things to support child support enforcement and also make our property tax appeal system a little more tax-payer friendly.

C17: You speak a lot about leading Wyoming out of its boom/bust cycle and all the negative aspects of it. Do you support the current efforts, such as ENDOW, to diversify the economy. Are there other approaches you’d like to see Wyoming take?

Well, I do support ENDOW. I was skeptical initially, because I felt it was too much kicking the can down the road, which we do a lot of in this state. But it’s a blue-ribbon panel. It’s a highly talented group, and I’m eager to see what solutions they propose. But I have a couple concerns.

One, our problems are sort of immediate. We need an ENDOW now, and the panel is working much more long term. Second of all, ENDOW doesn’t relieve government leaders of their responsibility to do their jobs: taking care of government, funding education, and making sure have what we have what we need to keep the state going. The ENDOW council cannot take care of that problem.

And third, we’ve done ENDOW things before. Maybe not exactly that model. As you know, I was born in Campbell County. In fact, we’re probably sitting here on my grandparents’ homestead. And we have a history of studying these issues and then not implementing the recommendations.

So if we aren’t willing to have the leadership to make the necessary change, it will be like every other effort we’ve done in the place.

C17: Turning to spending, school funding became a big issue and ultimately there were some cuts. Do you think this was a favorable outcome? If not, how would you approach this issue as governor?

I’m hearing different stories of how the cuts affected districts across the state, but they’ve all suffered to some extent.

I think the issue has been presented incorrectly. There hasn’t been enough leadership on the issue, and it’s one of the reasons I jumped into the race.

Last year, I feel that legislators began attacking education. They started this ridiculous “We’re not getting a bang for our buck.” And they were wrong. We have some of the highest NAEP scores in the country, and NAEP ranks our education system seventh in the nation, which is best in the west. So we are getting results with the money we’re spending, and we do spend a whole lot of money.

I was very frustrated that there was this whole public disinformation campaign last year, where the public was misled about the quality of our education system and the cause of the problem. The cause of the problem is that the price of oil dropped and the continuing devaluation of coal. That’s what led to our funding crisis. And I think leaders need to be truthful with the public.

We’ve worked hard to build up this education system.

C17: Looking at the larger budget issues, things are certainly much better than they were a couple years ago. Assuming we stay where we are with reasonable growth levels, will you be more open to spending increases? As governor would you seek to keep the budget where it is? Or do you think further cuts are needed?

I’d frame the question differently. Another frustration I had in my last few year with the legislature is we horribly mismanaged our money. We spent money that didn’t need to be spent and cut places where we shouldn’t have cut, causing us to spend more money down the road. So I would blow up the budget process and start with a fundamental question—what do we want government to do?

I think the uptick in oil gives us more time to work through those issues, but what I worry about is the current plan of the leadership, which is to make the rainy-day fund last 10 years. My question is: And then what? What are we waiting for? Another boom? It’s like waiting for a Powerball ticket to fund your family.

So, why don’t we take the wealth from the last boom and use it to broaden our economy? If another boom comes, great. We’ll be stronger.

C17: Of course you have a strong connection to Campbell County. As governor, what would you do for us here in Gillette and surrounding communities?

I think I understand that better than the other candidates. As a Campbell County native, I went through at least one bust by the time I was in junior high. And then growing up here in the 70s as the coal boom started, it was just an eye-opening experience. So many people were moving in so quickly, and the town was changing overnight.

We’ve never had a governor of Wyoming who was a Campbell County native to the best of my knowledge.

This interview was edited for style and length. The video contains the entire unedited interview.