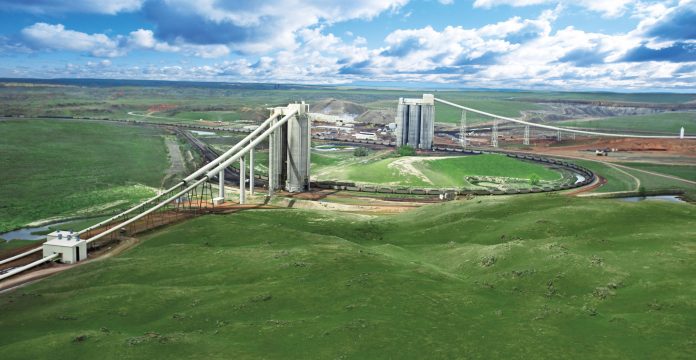 (Gillette, Wyo.) A push back is getting pushed back.

Coal industry representatives voiced their concerns in March over proposed rules to limit self-bonding. Bonding requirements ensure funding for reclamation costs should a company default on its obligations.

For over 30 years, rules have been in place that allow a company that can demonstrate enough solvency to bond itself for future reclamation costs. When bankruptcies rippled across Wyoming’s coal industry a couple years ago, it no longer seemed beyond the realm of possibility that a coal company could collapse with no way to pay for reclamation obligations.

Industry representatives spoke out against the rules, saying they set the bar so high that, if implemented, they would render most companies ineligible to self-bond.

So, the proposed changes were sent back to the Department of Environmental Quality’s Land Quality Division for further consideration.

Now, the Powder River Basin Resource Council, a Wyoming environmental advocacy group, is petitioning the LQD to end the practice of self-bonding all together.

According to the petition, self-bonding does not achieve the main objectives of the Wyoming Environmental Quality Act’s bonding system, which is to ensure available funds to complete reclamation work, and to encourage timely and effective reclamation practices.

Taxpayers are responsible for covering reclamation costs should companies default on their obligations through bankruptcy or otherwise walking away from them. In a statement on the petition, the council said it would shield Wyoming taxpayers from having to fund mine clean-up in the event of a company’s bankruptcy or forfeiture.

Stacy Page, a Resource Council member and former regulator involved in reclamation, said the change in rules is much more important now with coal usage on the decline, as natural gas and wind energy take up more of energy market.

“The coal market has changed dramatically in the last 30 years. What worked then for self-bonding does not work with the new market,” Page said.

The petition proposes two amendments to the state’s regulations.

First, it requests eliminating the loophole of self-bonds, which are not financial guarantees but rather a promise to pay from the company.

Second, the petition asks for the state to require that at least 25 percent of the mine operator’s bond be a cash bond.

Because self-bonds are not backed up by any financial assurances, the council said in their statement, they do not ensure that the regulatory authority will have sufficient funds to reclaim the site if the company operating the mine fails to complete the required reclamation.

The Government Accountability Office recently completed an audit in which it found that regulators have difficulty determining whether a company is financially healthy, and recommended eliminating the practice of allowing self-bonds.

“This is not a hypothetical situation. When the big three coal companies declared bankruptcy, they were holding $1.5 billion worth of reclamation work in worthless self-bonds. Luckily those mines continued operating so no bonds were forfeited, but we might not be that lucky again,” Page said.

LJ Turner, a resource council member, said self-bonds account for $275 million of the $2 billion in coal mine bonds in Wyoming.

“Picking up the tab on $275 million in reclamation would be a huge burden on the taxpayers,” Turner said.

The petition also explains that self-bonds do not provide any incentive for reclamation and bond release.

When real financial bonds are on the line, companies are motivated to get their money back by completing their reclamation work.

Only about 10 percent of lands disturbed by mining in Wyoming have been released from final bond, and some large mines, like Peabody’s North Antelope Rochelle Mine south of Wright, have not achieved any final bond release.

“Reclamation just isn’t happening as quickly as it should be. Companies need an incentive get the reclamation done in a timely fashion, and self-bonding won’t do that. For those who live near coal mines, this is especially important….No more IOUs that aren’t worth the paper they’re written on from companies on shaky financial ground,” Turner said.